The fresh round was a mix of equity and debt where Premji Invest, Chiratae Ventures, Trifecta Capital and Lyon Investment also participated

As per Inc42’s estimate, the fresh round helped GlobalBees valuation soar to $1.1 Bn 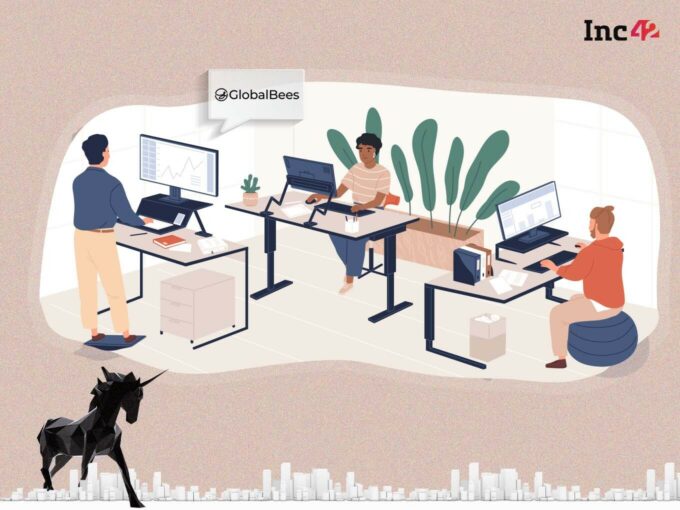 Thrasio-style startup GlobalBees is the new entrant to the coveted unicorn club. GlobalBees has raised close to $111.5 Mn in a mix of equity and debt in a Series B round of investment led by FirstCry in participation with SoftBank, Premji Invest, Chiratae Ventures, and Trifecta Capital among others.

Steadview Capital and Lyon Investment Group also participated in the round. As per Inc42’s estimate, with the fresh round, GlobalBees is valued at $1.1 Bn. With GlobalBees entering the unicorn club, India has produced 41 unicorns in 2021, and 83 unicorns to date.

According to GlobalBees’ filing (dated 10th December), the company secured $34 Mn in Debt from Trifecta Capital. Later on 28th December, the company in a regulatory filing said that it is raising $111.5 Mn from SoftBank, FirstCry, Premji and others. However, it’s unclear whether Trifecta’s investment is part of the new or the old round. If it’s part of the same round, the total funding raised in Series B stands at around 145.5 Mn.

The fresh investment comes five months after GlobalBees raised the country’s largest Series A round worth $150 Mn. The investment round saw participation from LightSpeed Venture Partners, and FirstCry.

The round also came almost a month after its peer Mensa Brands raised $135 Mn in its Series B round, making it the fastest unicorn of the Indian startup ecosystem. The six-month-old startup, Mensa, had raised a round from Alpha Wave Ventures, Falcon Edge, Accel Partners, and Tiger Global, among others.

Launched in 2021, GlobalBees which is headed by Nitin Agarwal as the CEO, invests in and acquires seller business on Amazon India, Flipkart and other ecommerce marketplaces.

GlobalBees ideally invests $2 Mn – $3 Mn to acquire majority stakes in the country’s booming D2C brands. During its Series A fundraise, GlobalBees has announced that it is looking to acquire 30-40 D2C brands across categories.

As of date, GlobalBees has acquired eight D2C brands including The Better Home, andME, Prolixr, Absorbia, among others.

Thrasio-style business model is quite a new concept in India, but it has been well-received in the country’s startup ecosystem.

Earlier this year, Bhavana Suresh-led 10Club picked up the country’s largest seed round worth $40 Mn in June. And as per media reports, the startup is in talks to acquire 20 D2C brands.

In July this year, GOAT Brand Labs raised $36 Mn in Series A round led by Tiger Global. Another same format startup—Gurugram-based UpScalio bought majority stakes in 8 D2C brands so far.

The story has been updated to reflect the breakup of the funding amount raised by GlobalBees in the last one month.