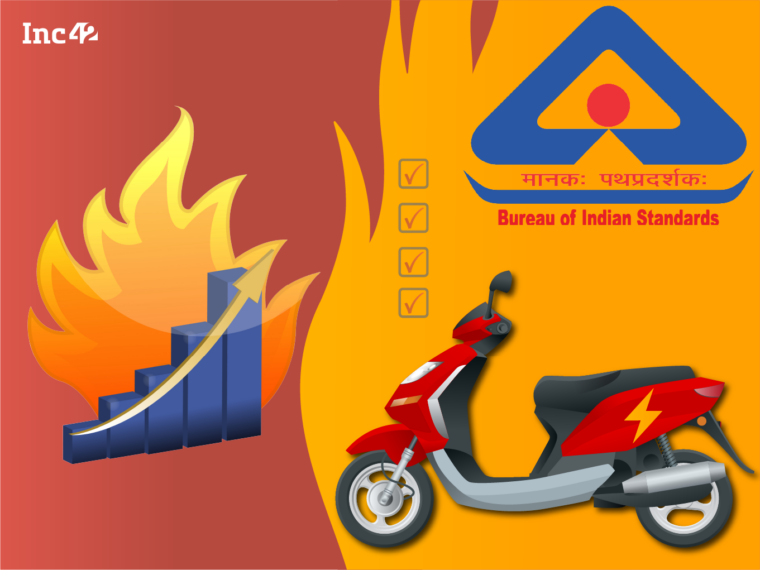 The Ministry of Consumer Affairs, through the BIS, is set to lay out EV battery standards, which would be initially applicable to two-wheelers and later expanded to four-wheeler EVs

The BIS standards are likely to include specifications on size, connectors, quality of cells and the capacity of the batteries

While introducing the draft battery swapping policy in April, NITI Aayog had highlighted the need for BIS standards for batteries

The Ministry of Consumer Affairs, through the Bureau of Indian Standards (BIS), is set to lay out the EV battery standards, which would be initially applicable for two-wheelers and later expanded to four-wheeler EVs, sources told CNBC-TV18 on Tuesday (May 31).

The BIS is the national standard body of the country which falls under the Department of Consumer Affairs. The BIS standards are likely to include specifications on size, connectors, quality of cells and the capacity of the batteries.

The sources also said that once the battery standards are in place, they would play a crucial role in finalising the contours of the government’s battery swapping policy.

In the draft battery swapping policy released last month by the NITI Aayog, the government think tank had called for introducing BIS standards.

The BIS was established under the BIS Act, 2016 for the harmonious development of the activities of standardisation, marking and quality certification of goods.

Following multiple escooter fire incidents, which peaked during the summer months between March-May this year, the Ministry of Road Transport and Highways asked the Centre for Fire, Explosive and Environment Safety (CFEES), the fire science and engineering arm of the Defence Research & Development Organisation (DRDO), to investigate the incidents.

As per reports, the expert panel found defects in batteries, including the designs of the battery packs and modules, which led to the escooter fire incidents in the past few months.

The team was expected to submit the final report to the government by May 30, but it is not clear if the report was submitted on Monday.

Randheer Singh, Director, Electric Mobility, NITI Aayog separately told CNBC-TV18 in an interview that the battery swapping policy will be in the public domain by June or the beginning of July.

Earlier, several experts told Inc42 that besides a few other considerations, interoperability issues need to be addressed for the battery swapping policy to be successful.

After NITI Aayog’s call for a voluntary recall of such vehicles, the above-mentioned EV companies recalled over 7,000 EV scooters involved in fire incidents.