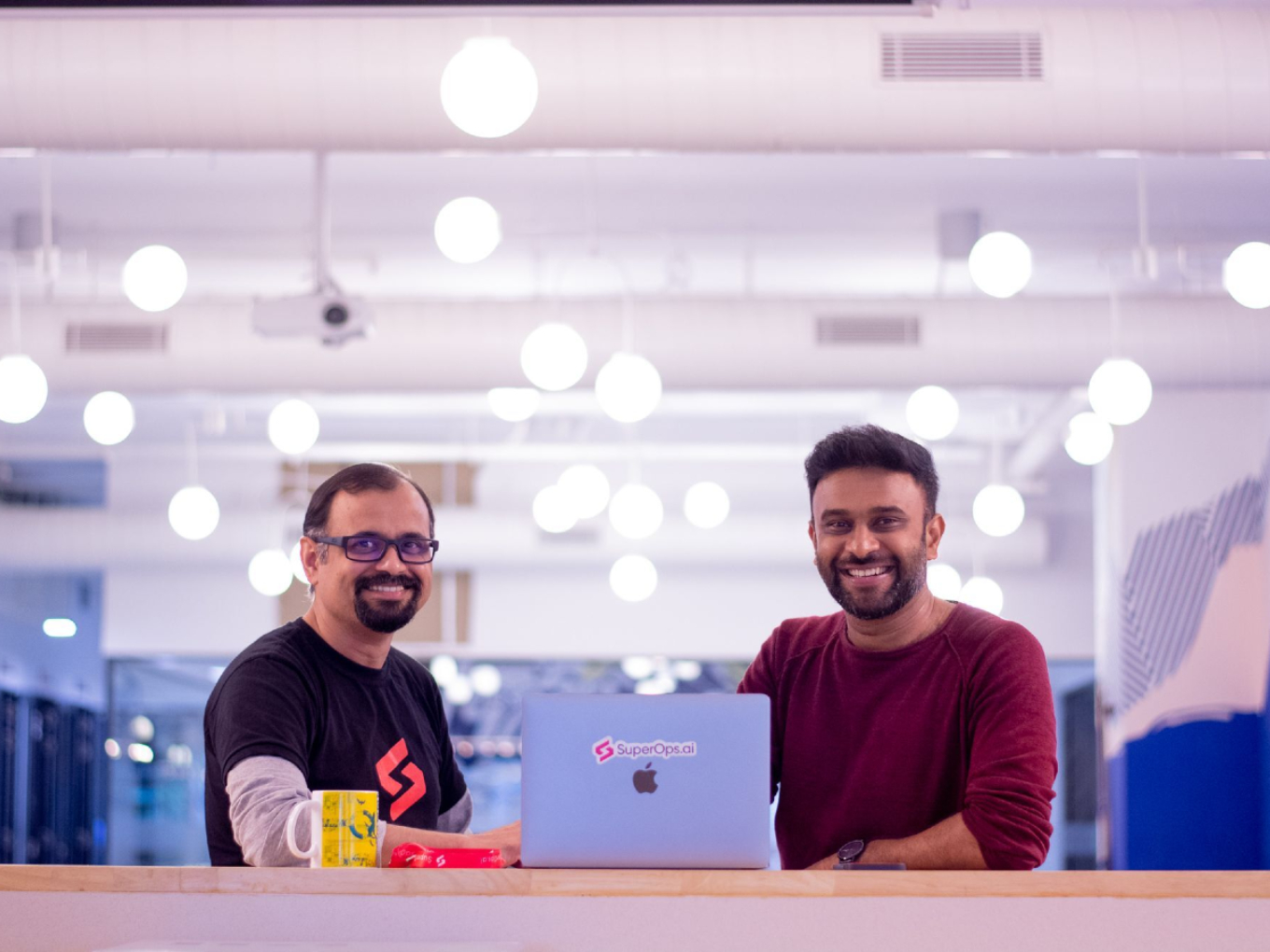 The startup plans to primarily use the funds for product development, R&D and expansion — it targets to almost double its client base by March 2022

Primarily present in English speaking countries, the startup is also working on localising its product to make space in non-English speaking locations including South America

US- and Chennai-based enterprise tech startup SuperOps has raised $14 Mn in Series A round led by Addition and Tanglin Venture Partners.

The startup plans to primarily use the funds for product development, R&D and expansion. SuperOps had been in beta mode since its product launch in May 2021. It has now revealed its full-service platform — which aims to keep away enterprise woes such as data leaks, process delays, outdated technology, etc.

Elevation Capital and Matrix Partners India have previously co-led a $3 Mn seed funding round in SuperOps in May 2021.

From Working Under SaaS Giants To Enabling Smoother SaaS Operations

SuperOps.ai was founded in 2020 by Jayakumar K. and Arvind Parthiban, who have previously been associated with SaaS giants Freshworks and Zoho Corp.

After his sprint in Zoho Corp, Parthiban had founded the marketing software startup Zarget in 2014, along with other Zoho employees Naveen Venkat, and Santosh Kumar. Jayakumar worked as the vice president of engineering at the Zarget — which was later acquired by Freshworks.

A professional in the IT space, Parthiban told Inc42 that he saw that the pandemic accelerated the need for remote monitoring of IT processes. The founders felt that managed service providers and IT service providers weren’t equipped with the right tools to manage their businesses and services efficiently in this new normal.

It was a huge opportunity that they wanted to tap into. Thus, they launched SuperOps, an AI-first startup that empowers MSPs to stay relevant in changing times.

SuperOps is a professional services automation (PSA) and remote monitoring and management (RMM) platform. It enables the integration of managed service providers (MSP), with an aim to address several gaps in existing legacy tools. Examples include clunky user interfaces (UI), data silos, among others.

MSPs, to put it simply, are outsourced parties that manage all IT requirements and processes of a company. This is a three-part role — where the operators/technicians need to find a possible failure point, stop it from happening and/or work on fixing the already-happened IT failures.

For instance, SuperOps has most recently launched an AI-powered intelligent alerting feature that prioritises alerts based on urgency and importance using pre-fixed rules and parameters. It maps thousands of alerts, zeroes in on the most important alert in as little time as possible is critical and cuts noise allowing a technician to prioritise operations.

With the raised funds, the startup plans to grow its customer base — eyeing taking its number of clients from 30 to 50 by March 2022, eyeing an ARR of $1.5 Mn in CY22. It is currently also working on newer features such as integrating SNMP Network Monitoring, Parthiban told Inc42.

SuperOps is currently focussed on being present in all the English speaking markets, including the US, Canada, the UK, Netherlands, Australia and to a certain extent the Middle East. It is also working on localising its products to make space in non-English speaking locations such as South America, starting with Spanish and Portuguese languages.

Parthiban added that the timing of platforms such as SuperOps can’t be more perfect, as non-tech people are also actively looking for newer tech. The Global Managed Services Market was valued at $243 Bn in 2021, and it is expected to grow at a compound annual growth rate of 7.9% to reach $354.8 Bn by 2026. It is estimated that successful deployment of managed services will help in reducing IT cost by 25-45% and increasing operational efficiency by 45-65%.