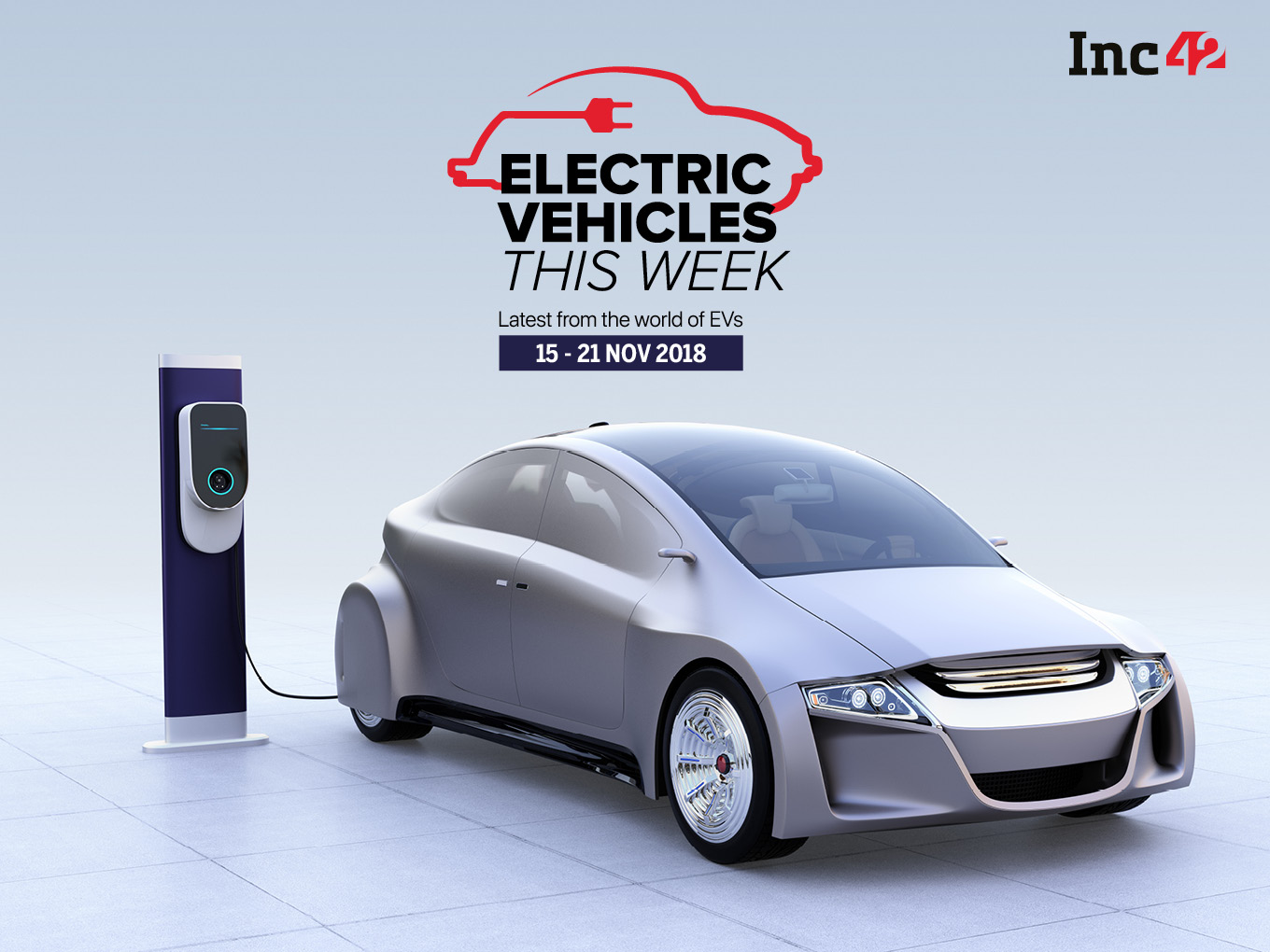 Ola is looking to go beyond just being a cab-hailing app. The Softbank-backed company is now reportedly planning to showcase its concept electric vehicles (EV) based on the feedback from the company’s EVs project on the Ola platform.

According to reports, the company is also in talks with vendors to get the components such as electric batteries for production of the vehicles.

The plant will be manufacturing  battery packs, power electronics and motor assembly. The hub has been reportedly set up with an investment of $13.9 Mn (INR 100 Cr)

In China Tesla has now began taking orders for its Model 3 Sedan despite facing problems due to the ongoing trade war between US and China. According to reports, the users can book their vehicles after paying a deposit of $1152 (8000 Yuan). Tesla CEO, Elon Musk tweeted that the delivery of the vehicles in China may begin in March or April.

Here’s a curated rundown of important and related developments on the EV Ecosystem in the 50th edition of Electric Vehicles This Week [November 15-21].

Eight months after announcing an alliance, Mahindra Electric and Ford have reportedly figured out a strategic partnership to produce EVs. Recent developments between the two indicate that Mahindra will provide the technology while Ford will contribute their platform for the EVs.

The Telangana State Electricity Regulatory Commission has reportedly fixed the tariff for EV charging stations at $0.08 (INR 6) per unit.g stations The state government body has also specified time-of-day charges for four slots in a day. However the regulator directed that these charges will be only be levied on stations with low tension supply.

Mahindra Electric has reportedly signed a memorandum of understanding (MoU) with Bengaluru-based social enterprise Three Wheels United (TWU), which is working to solve the issues in the auto rickshaw ecosystem. The vehicles were launched in the city last week. According to reports, this MoU was signed on November 17. The MoU also stated that Mahindra’s Next Generation Mobility Solution (NEMO) will be the preferred mobility solution platform to be used by TWU.

German carmaker Volkswagen is reportedly planning to invest $50 Bn (44 Bn Euros) by 2023 for the development of electric vehicles, autonomous driving, and new mobility services. It also added that it will explore closer cooperation with US-based automaker Ford. The company will transform three of its plants for EV production. It is also looking to strike alliances with the battery makers.

Tesla CEO Elon Musk tweeted that the company would be interested in collaborating with Daimler AG’s Mercedes-Benz for producing an electric version of its Sprinter van. According to reports, Daimler and Tesla had collaborated earlier as well for developing EVs. Tesla was responsible for providing electric powertrains for the first generation electric smart cars at a time when Diamer was a shareholder at Tesla.

US-based utility company Pacific Gas and Electric Company (PG&E) has reportedly proposed, new rate plans, to the California Public Utilities Commission. If approved, the plans will offer a subscription model for commercial EV charging. This will help in predicting the monthly bill for fleet managers. Under this plan, station operators can subscribe for a certain amount of power per billing period

Germany-based battery maker VARTA has reportedly signed a research agreement to lay the groundwork for mass production of lithium-ion batteries for EVs. The company has signed a deal with research organisation Fraunhofer Institute for achieving the goal. Further, the German government has earmarked $1.1 Bn (1 Bn Euros) to support the companies.