Electric Vehicles This Week: Looking Back At A Landmark Year, The Death Of An Icon And More

Electric Vehicles This Week: Looking Back At A Landmark Year, The Death Of An Icon And More

GM to discontinue production of Volt, one of the most sold EV in the world 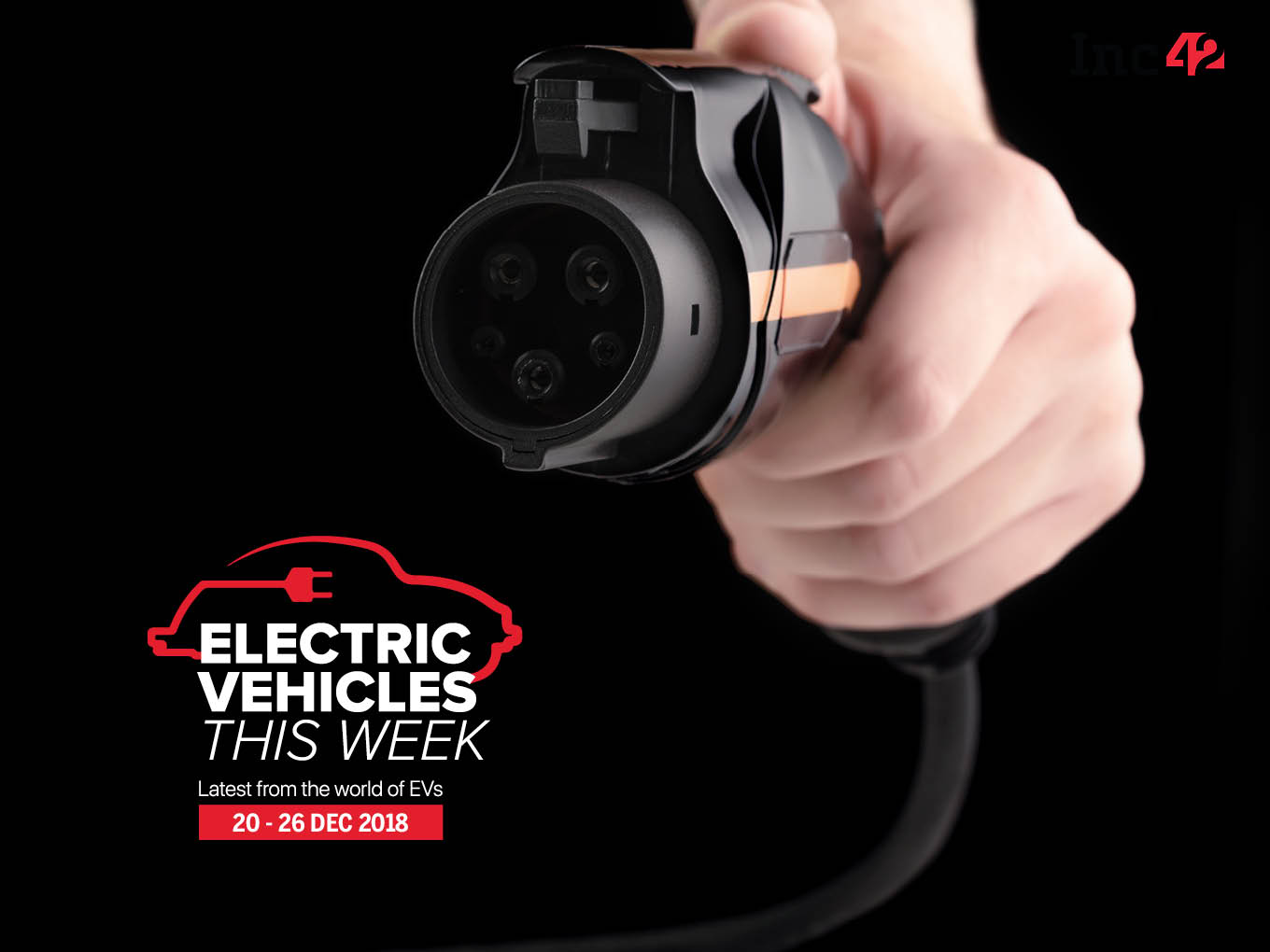 It is easy to look at the record-breaking number of electric vehicles (EVs) sold in 2018 and declare it the year when EVs went mainstream. Sales of EVs in US and Europe were up about 40% while sales in China – the largest market for electric cars – are up 88% in the first eight months of the year. Tesla made its first profit in the third quarter while Nio, a chinese carmaker which rivals Tesla in its design and technology, filed for a billion-dollar IPO in August – no small achievement considering the company had sold only 481 cars up until then.

But in a way the biggest story was elsewhere. The year also saw government agencies putting their heads together to formulate policies which could speed up the adoption of EVs and major carmakers getting serious about going electric. This year Volkswagen, the largest carmaker in the world, set aside an unprecedented 44 Bn Euros in electric mobility. And it’s not just VW which is joining the bandwagon, Jaguar, Mercedes, Audi and many others have released new EVs.

However many worlds away from the ultra-sleek but super-expensive Jaguar I-Pace or Tesla Model S, two and three wheeler EVs have quietly transformed the way millions of people commute in India. According to reports, as of October, there are 1.5 Mn battery-powered, three-wheeled rickshaws on Indian roads. This is more than all the electric cars sold in China since 2011.

From the parking lots of millionaires to the narrow lanes of India’s crowded cities, this year has seen a new wave of EVs truly built for everyone – and that’s how real change comes about.

This week, the largest Indian EV event of the year was held in Pragati Maidan, Delhi. The three-day EV Expo 2018 showcased the entire electric vehicle ecosystem with participation from around 150 national and international companies.

One of the highlights of the event was KETO, a joint venture between India’s ETO Motors Pvt Ltd and Hong Kong based KYTO Green Technologies, which announced an investment of $10 Mn (INR 70.38 Cr) in India to manufacture Electric-autorickshaws.

Apart from Indian EV manufacturers, China had the highest number of foreign exhibitors with around 35 Chinese companies showcasing their EV products.

BHEL In Talks To Manufacture Batteries

“Right now, we are importing 100 per cent of our lithium-ion battery requirements, but efforts are on towards manufacturing them in India within the next one year,” heavy industries minister Anant Geete, reportedly said. Lithium-ion batteries are mostly imported from China at present.

Gegadyne Energy, a Mimbai-based startup has reportedly developed a novel battery which it claims can charge EVs under 15 minutes. The international patent pending technology is scalable, and is more efficient than the current Lithium-ion based batteries, said Jubin Varghese chief executive of Gegadyne.

GM Pulls The Plug On The Chevy Bolt

GM has now laid off close to 14K workers and shuttered 3 factories. As the world moves on from sedans to SUVs, sales of Volt tapered for a few years and in December, the company announced that it will close production of car in 2019.

A decade ago General Motors first showed a prototype of Chevrolet Bolt, a plug-in hybrid, as the American carmaker was hard-pressed to fight the growing popularity of Tesla and Toyota’s Prius.

The sedan which went on sale in 2011 went on to become the US all-time top-selling plug-in electric car as of September 2018, while the Volt/Ampera family of vehicles became the world’s all-time best-selling plug-in hybrid vehicle.

That concludes our final roundup of EV news for the year. From all of us at Inc42, a million thanks, happy holidays and see you in January!