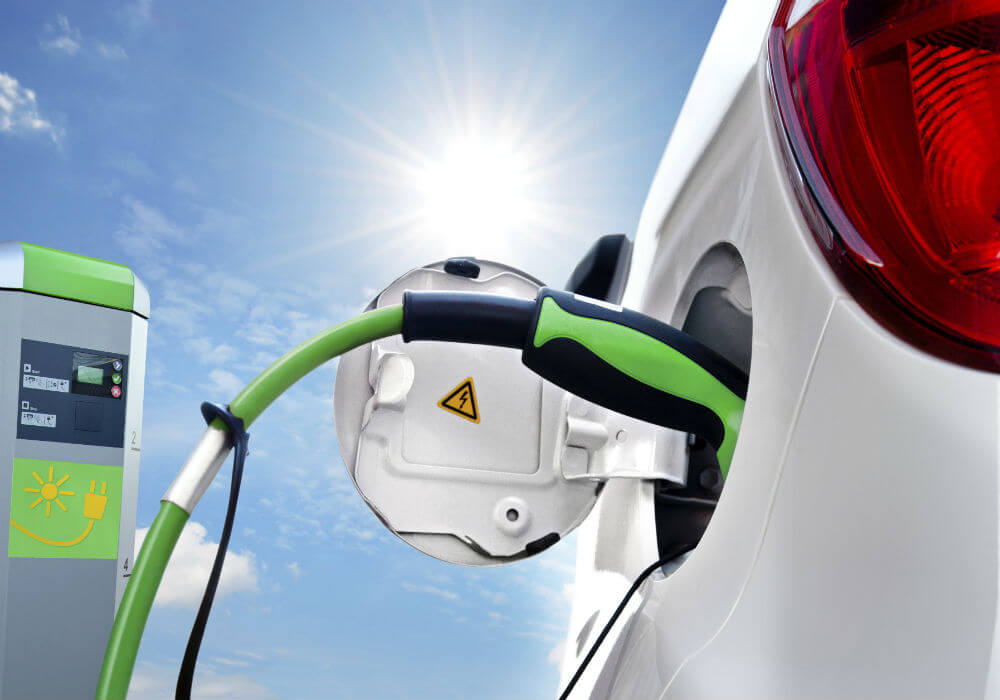 Here is the dope of 9+ stories around electric vehicles which circled the global and the Indian EV ecosystem this past week.

To start with, French company FM Logistic announced its plans to develop green vehicles for environmentally sustainable road cargo transportation in India, in keeping with the government’s push for electric vehicles. “It may take several years, but in India too we need to move to green energy, even in transport and logistics,” CEO Jean-Cristophe Machet told ET. The company plans a pilot project in India in the next one year.

Further, a group of ministers (GoM) on transport constituted by the roads ministry has recommended a uniform road tax structure for vehicles across states. The GoM also proposed to liberalize the permit system for electric vehicles to promote alternative fuels. It suggested raising the tax on diesel vehicles by 2% while lowering the tax on electric vehicles.

In the global EV ecosystem, Swedish luxury carmaker Volvo is targeting to sell one million electrified cars by 2025 when half of all the cars it sells globally are expected to be full electric models. Volvo Car, owned by Chinese carmaker Geely, looks to partly electrify its entire fleet by 2019 through hybrid versions. Swedish automaker further wants incentives for hybrid vehicles in India as it looks to expand its cleaner transport solutions in the country.

Given that so much has been happening in the electric vehicle sector, we bring to you the 22nd edition of the weekly EV roundups.

The government of India undertaking Energy Efficient Services Limited (EESL) on Monday handed over the first batch of 20 electric cars to the Uttarakhand government to mark the launch of e-transport in the state.

EESL would charge only INR 38K per month including driver’s cost from the state government as rent for these vehicles. Only Rs 15 will have to be spent per day on charging each vehicle. Once fully charged, each e-car can cover a distance of 140 kms at a cost of just 28 paise per km.

The initiative is part of the Centre’s National Electric Mobility Plan under which it wants to bring 60-70 lakh electric vehicles on Indian roads.

The two EVs are the fully electric Roewe eRX5 SUV (sport utility vehicle) and the SAIC E100 mini car. Roewe is a luxury brand introduced by SAIC in 2006. The vehicles being tested have a range of 425 km and 155 km, respectively, are left-hand drives, and have been imported from China.

Rajeev Chaba, President and Managing Director of the company shared with LiveMint, “We may try it in different parts of the country as well, based on the present outcome of testing.”

Micromax To Foray Into EV Space

Gurugram-based Micromax Informatics is planning to enter electric vehicles and battery manufacturing space in India, after getting its hands burnt in the handset and consumer electronics segments. As per reports, Micromax is in advanced stages of completion of the testing formalities for the vehicles and has got approvals for some of its lithium battery categories.

The company is keen on entering the two and three-wheeler categories and its prototypes are being tested, industry sources have said to ET. It recently got certification for lithium batteries for e-rickshaws and e-autos. It is also said to be in talks with various investors for funding.

The government plans to double the mandatory local content in electric vehicles to 70% in three years and impose heavy duties on imports to ensure that domestic manufacturing gets a big boost from the proposal to shift public transport to battery-operated vehicles.

This has huge implications for domestic car makers such as Tata Motors and Mahindra & Mahindra, which are facing competition from foreign players like China’s BYD, which recently won tenders with astonishingly low bids that seemed unviable to local rivals.

The second phase of Faster Adoption And Manufacturing of (Hybrid &) Electric Vehicles in India (Fame India) scheme, which is being finalised, proposes long-term tax holidays for domestic manufacturing and heavy duties on equipment imports.

Under this pilot project, Meru will be deploying Mahindra’s electric sedans eVeritos, the company said in a statement to ETtech.

Mahesh Babu, CEO of Mahindra Electric, said, “This is definitely going to make it easier for the city to adopt EV technology and will also be in line with our constant endeavour to make EVs more accessible to a larger urban population.”

“We believe that innovative and unique partnership models, like this pilot, is what is going to lead the way towards sustainable transportation in urban cities. We are now looking forward to working with Meru to have this project rolled out to more cities, he added.

The Mahindra eVerito will be available for booking in Hyderabad through Meru’s mobile apps, and can be boarded from Meru Zone at Hyderabad airport.

Sweden is trialling the world’s first public road which allows electric vehicles to recharge while driving. Similar to a slot-car track, vehicles are able to connect to an electric rail that’s embedded into the road.

As per reports, Sweden has a goal of achieving a completely fossil fuel free vehicle fleet by 2030. This electrified road is part of several projects the Swedish Transport Administration has created to develop and test technologies that may be able to help the country reach its target.

The electrified road is the first of its kind in the world and allows both commercial and passenger vehicles to be recharged while driving.

Sergio Marchionne, Ferrari’s chief executive officer, recently shared in a media statement that the company has been quietly working on agasoline-electric hybrid car, which makes no sound as it accelerates from a full stop.

While Ferrari has no plans to produce a full-electric car before 2022, the company is developing vehicles that will show “the full power of electrification,” Marchionne shared in a media interview.

Ferrari is believed to start offering the technology in a sports car, its first model that can run entirely on battery power for any significant distance next year.

Poland’s is looking to take help from European Bank for Reconstruction and Development, in order to improve air quality and switch to electric vehicles. Poland aims to have 1 Mn ecars by 2025 in order to curb pollution.

It has also offered tax and other incentives to make ecars more accessible and is working on a Polish electric car prototype.

As per media reports, Poland, which is highly dependent on coal, has not yet requested the money, nor specified how much it is budgeting for spending on the project.

British energy supplier OVO Energy has recently unveiled a charging unit that will enable electric vehicles owners put some charge to their EVs and then sell electricity back to the power grid.

The technology will initially be offered for free to 1,000 OVO Energy customers and Nissan’s LEAF vehicle owners from summer 2018 as part of a part government-funded trial.