Electric Vehicles This Week: Delhi Finally Wakes Up, But Is It Too Late?

Electric Vehicles This Week: Delhi Finally Wakes Up, But Is It Too Late?

Indian startups are looking to build infrastructure around the EV industry

Plus learn what it means to own an EV 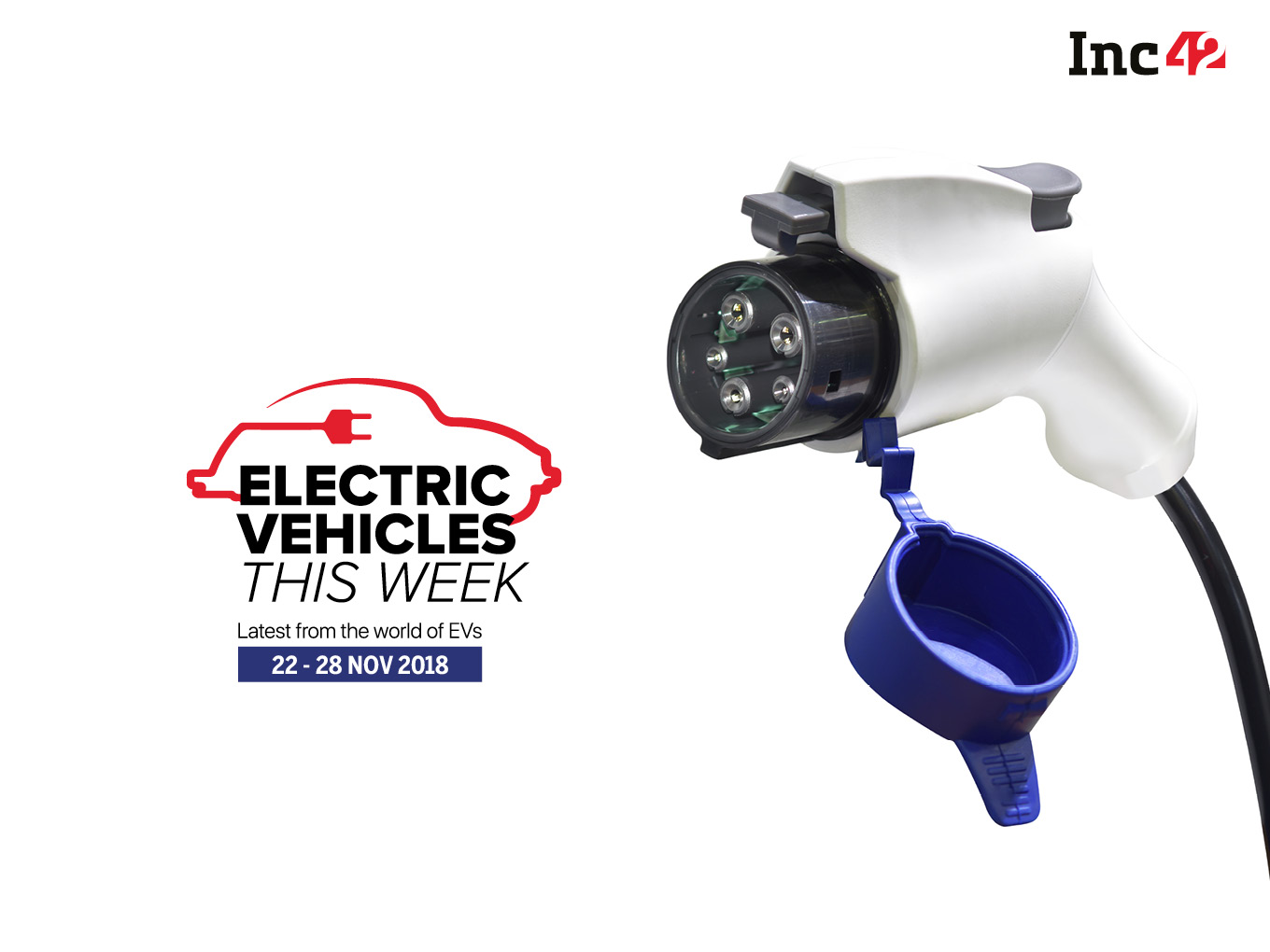 Last week, the Delhi government released a draft policy on electric vehicles (EVs) called the Delhi Electric Vehicle Policy 2018. If passed, this policy will aim to ensure that at least 25% of all the automobiles in the national capital are EVs in five years’ time.

For a city that has been ranked one of the most polluted city in the world by WHO and whose real-time air quality index (AQI) shows a dangerous deep red, is the EV policy too little too late?

(Considering that the NCR had about 11 Mn registered vehicles in March 2018, the government’s policy may be as realistic as the science in those Back To The Future movies)

And is just having an EV policy enough in the first place? EV policy initiatives are not doing that well at a national level as well.

Since the launch of the Centre’s FAME [Faster Adoption and Manufacturing of (Hybrid &) Electric Vehicles in India] scheme, the first phase has been extended four times and received an additional $14.3 Mn (INR 100 Cr) for the purchase of EVs, including hybrid electric two-wheelers and three-wheelers.

Are We Infrastructure Ready?

One of the biggest challenges in switching to EVs is the lack of charging stations across India. Looking to address this problem, a Delhi-based EV startup, EV Motors India, has announced that it will set up 6,500 charging outlets in cities all over India by 2023 in partnership with DLF, Delta Electronics India, and ABB India. It plans to set up 20 such outlets in the Delhi-NCR region in the next 12 months.

Down south in Bengaluru, a renewable energy service company, Magenta Power, plans to set up EV charging station across the city by December. Another EV startup, SmartE, will be using SUN Mobility’s charging infrastructure, including a battery-swapping system, for its three-wheeler electric vehicles. The startup claims to have served over 30 Mn pollution-free rides since its inception in 2015.

(Artistic rendering of India in 2030 once everyone buys an EV)

No conversation on EVs can be complete without mentioning Tesla. At the 2018 LA Auto Show, the company showcased three electric cars — a white Model S, a red Model 3, and a midnight silver Model X. Earlier, in November, the company’s flamboyant CEO Elon Musk announced that Tesla may look at a “partial presence” in India on Twitter — the preferred medium for making important announcements for influential corporates and world leaders these days.

Not to be left behind, BMW announced its own fully electric, fully autonomous concept car called Vision iNext, at the LA Auto Show. In an interview with The Associated Press, CEO Harald Krueger said that while there is nothing one can do about the British decision on Brexit, the company plans to continue to increase its production of electric vehicles.

On a more serious note, Donald Trump, president of the US threatened General Motors chief Mary Barra that he would withdraw the subsidies given to GM, including its “electric car subsidies” because the company announced that it is shutting down factories in the US. As expected, it was done on Twitter.

No, we are not joking, here are the tweets: 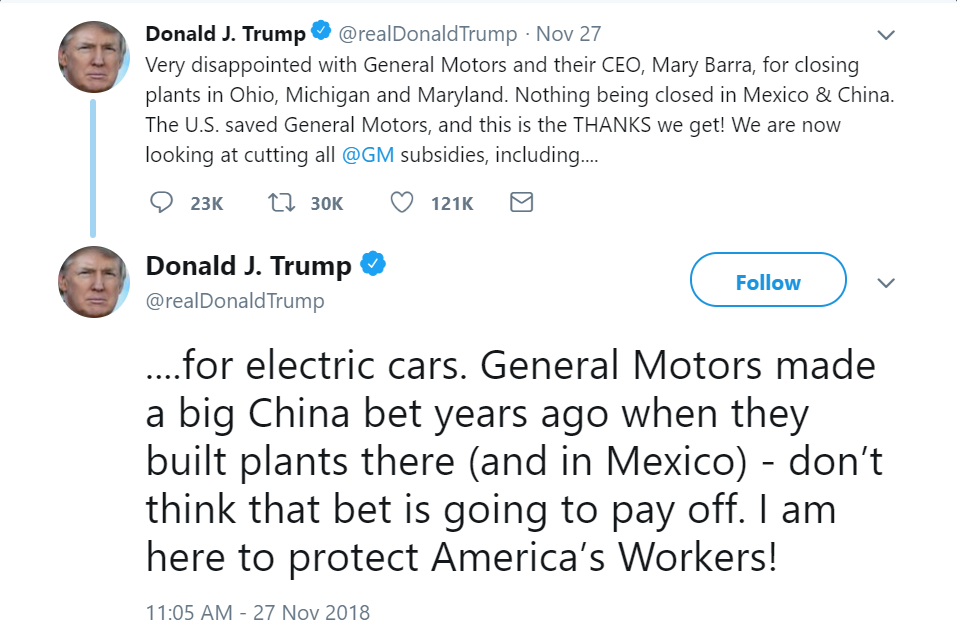 Still not convinced EVs are the way to ride into the future? We get it. Change is hard. Also, there’s nothing quite like the comforting sound of a fossil fuel-powered engine purring as you cruise along a highway. Still in case you were wondering, Overdrive Magazine investigated what it feels like to live with an EV. It’s not as bad as you think. (Click here if you are curious.)