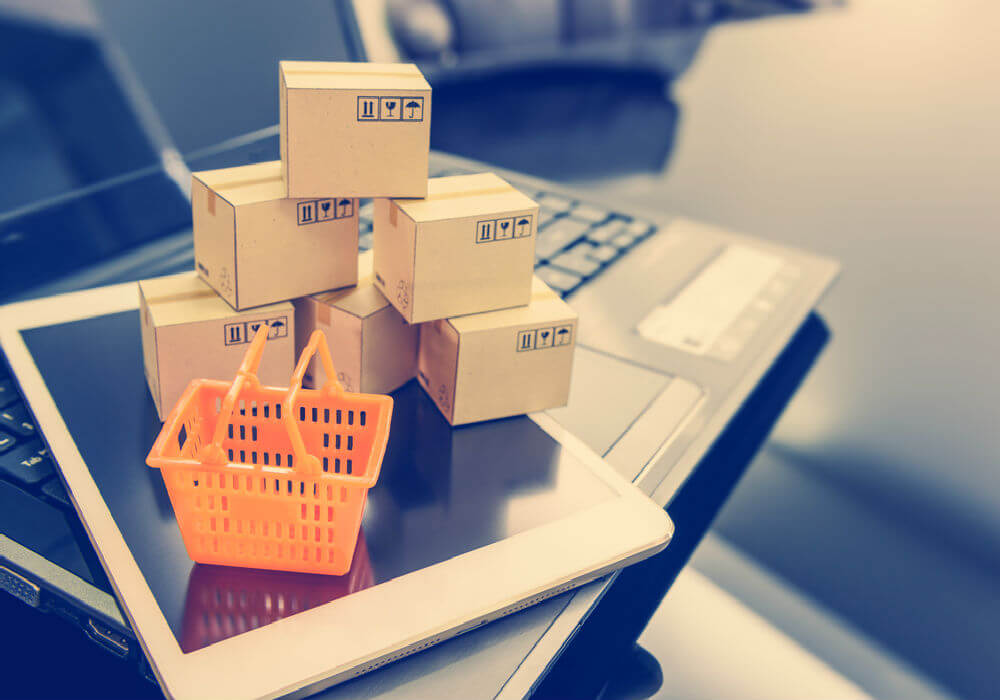 In yet another charge against ecommerce giants Amazon India and Flipkart, Handset maker’s lobby Indian Cellular Association (ICA) has alleged that these ecommerce companies are violating FDI (foreign direct investment) rules by offering discounts — directly or indirectly — on mobile phones and other products through intermediaries or partner companies.

In a letter to commerce ministry, the association has argued that the ecommerce companies “were circumventing rules under Press Note 3 on FDI by holding inventory and influencing the prices of electronic goods, eroding offline retailers’ revenue and putting at risk the jobs of nearly 60 Mn people.”

Let’s break it down a bit.

The Press Note 3 states that 100% FDI investment in ecommerce companies is allowed under the automatic route if the companies are engaged in B2B  sales, not B2C transactions. The norms highlight that they can’t have an inventory-based model that involves goods being sold to consumers directly. Such ecommerce companies can only function as marketplaces to connect vendors with buyers and they can’t influence prices.

To be noted, Amazon India operates in India through its subsidiaries such as Amazon Seller Services, Amazon Wholesale India Pvt., Amazon Pay and sellers on Amazon platform such as Green Mobiles, Rocket Commerce, Darshita Electronics and others. On the other hand, Flipkart operates through Flipkart Internet, Flipkart India, Ekart Logistics, PhonePe and sellers on the platform such as Retailnet, SupreComnet, Omnitech Retail, Trunet Commerce and India FlashMart.

This implies that when the ecommerce companies purchase mobile phones in bulk directly from the manufacturer (which are their exclusive partners for selling online) they get high percentage of discounts, which they are able to pass on the customer. However, on the other side, this makes manufacturers to deny selling their mobile phones to small retailers.

“Typically, companies buy mobile phones in bulk from Xiaomi and other brands via related parties and then provide them to preferred sellers or related parties. This allows discounts of up to 15% versus prices in the offline retail market. They thus are denying supplies to smaller sellers, which have been rendered uncompetitive and were therefore shutting down,” said the association in the letter.

An email query sent to Flipkart didn’t elicit any response till the time of publication, while Amazon India spokesperson told ET, “The prices for products on the Amazon.in marketplace are completely determined by the sellers.”

What ICA Aims To Achieve With This Initiative?

The letter also sought “necessary amendments in Press Note 3 and other related laws to ensure that violators face severe consequences under the Prevention of Money Laundering Act by treating the behaviour of the companies as an act of economic terrorism against the country.”

The ICA initiative is also being supported by All India Online Vendors Association (AIOVA), that in a tweet said, “While the entire trade knows the truth, the government is unwilling to take any action or investigate the claims. Commerce Ministry will only forward this to DIPP who will forward to RBI.” 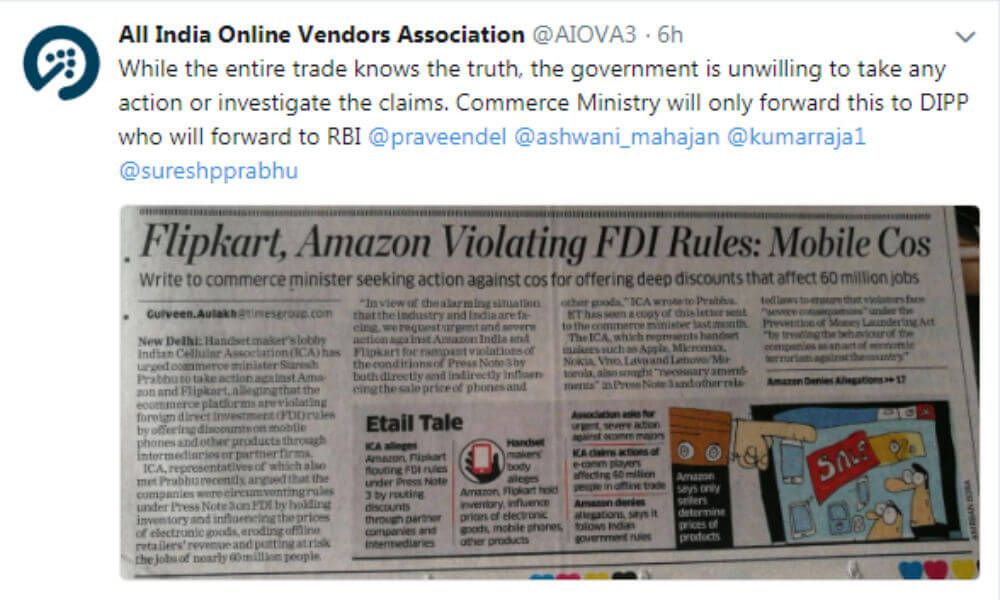 ICA added, “With these intermediaries, both Amazon India and Flipkart are able to pass discounts, without booking the same in their own books. The breakdown of expenditure in various deals keeps changing to make detection difficult. Thus, the expenses on account of returns, liquidation, packaging, fulfilment cost and seller compensation are borne by entities other than the marketplace as a means of indirect discounting.”

It also claimed that “Funding of exchange offers, EMI costs and bank offers are funded completely or substantially by Amazon India and Flipkart and constitute a clear influence on price.”

The Saga Of Discounting In Indian Ecommerce

To highlight the importance of discounting, we can look back to the decision of the Delhi High Court, that while hearing a plea from the taxi associations said that consumer is the king and discounts by companies such as Uber and Ola cannot be stopped.

In this light, it is to be noted that ecommerce segment has witnessed growth and popularity mostly because of its discounts and therefore, lower prices in comparison to offline markets. It is worth noting here that discount has led Indian ecommerce companies between the devil and the deep sea.

If the companies have toyed around with their discounting schemes, they have witnessed negative results as most Indian ecommerce buyers are not mature enough like their west counterparts.

However, the trouble for ecommerce companies is to either take a jump off the cliff or in the ocean, because with no discounts, they lose customers; and with discounts, they have been embroiled in issues such as tax discounting and now FDI regulations.

The Indian ecommerce unicorn, Flipkart recently lost its appeal to the Income Tax (IT) department over the reclassification of marketing expenditure and discounts as capital expenditure (capex), which involves substantial tax liabilities.

As per the latest ruling, the IT department wants ecommerce companies to reclassify discounts not as a cost but a capital expenditure, meaning that it should not be deducted from revenue and should, therefore, be taxable.

However, the discounts have been a burden for ecommerce sector as the companies continue to post huge amount of losses.

On the other hand, Amazon reportedly incurred losses worth $487 Mn in its international business for the quarter that ended in December 2016, while trying to sustain its position in the Indian ecommerce space.

Similarly, Amazon with its commitment to invest $5 Bn in India, is also investing heavily in the country in various domains including technology, logistics, digital payments, online grocery and more. Thus,  forced to incur heavy losses on its international operations.

Amid this, even as the court identifies customers as the king,  the allegations by ICA regarding Amazon and Flipkart flouting FDI regulations is just another ball rolling in the roller coaster ride of the Indian ecommerce.