DocsApp Raises $7.2 Mn Series A Funding From Bessemer, Others

DocsApp Raises $7.2 Mn Series A Funding From Bessemer, Others 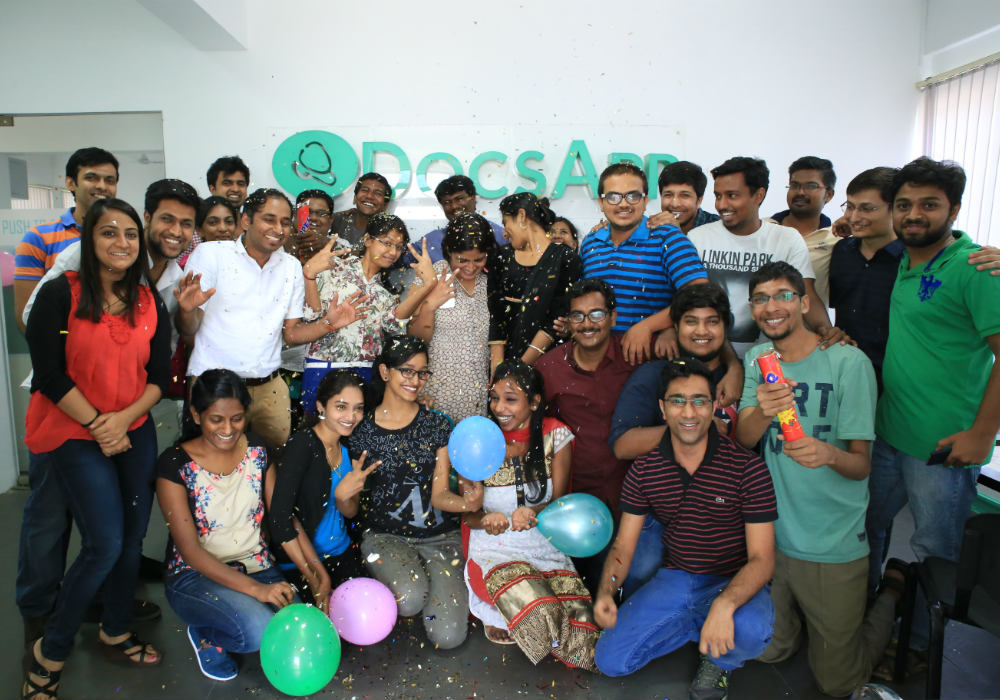 Commenting on the development, Bessemer Venture Partners MD Vishal Gupta said, “DocsApp has dramatically altered the patient and doctor experience in more ways than one—the platform on-boards only specialist doctors who are then connected with patients in under 30 minutes. The platform goes a step further in understanding the patient’s condition and, accordingly, connecting with the right doctor.”

According to sources, the newly-secured capital will go into product development, talent acquisition and expansion of its operational reach. A portion of the financing will also be spent on strengthening its technological solutions and onboarding more doctors on its platform.

Rebright Partners Founding General Partner Takeshi Ebihara stated, “In the era of digital transformation, the healthcare sector is poised for major transformation and we believe DocsApp is the leading company achieving this by enabling healthcare accessibility for people across India in a phenomenally innovative way.”

Owned and operated by Phasorz Technologies, DocsApp is the brainchild of IIT Madras Alumni Satish Kannan and Enbasekar D. Founded in 2015, DocsApp is an online doctor consultation app that connects doctors to the patients in real time. The app allows patients to chat with the doctors, share pictures and reports of the ailment privately, without any geographical constraints.

As stated by Satish during an earlier interaction with Inc42, the startup aims to cater to the country’s underserved segment by offering online specialist consultations within 30 minutes, 24×7, all over India. DocsApp provides a cost-effective solution for primary health care and a second opinion in chronic diseases such as diabetes, cardiac ailments, arthritis, and cancer.

Furthermore, the app offers tech-enabled multi-language service across India with more than 2,000 registered doctors with expertise in over 18 areas such as paediatrics, gynaecology, psychology, cardiology, neurology, oncology, dermatology, sexology, psychiatry, general medicine and weight management, among other domains.

The average ticket size for a DocsApp consultation costs anywhere between $2.3-$7.7 (INR 150-INR 500). Currently, DocsApp facilitates more than 50,000 medical consultations every month, of which around 40% comes from rural areas across India.

The company’s immediate goal is to serve up to 300K patients per month within the next 12 months. According to Kannan, the ultimate aim is to reach over 100 Mn patients in India and Southeast Asia over the next five years.

Till date, DocsApp has raised $8.4 Mn funding across two rounds. Its Seed round was closed in April 2016, when it secured $1.2 Mn from Facebook’s angel investors Anand Rajaraman and Venky Harinarayan, along with Japanese Venture Capital firm Rebright Partners.

Speaking about the latest round of funding from Bessemer Venture Partners and others, Satish Kannan, co-founder and CEO of DocsApp, stated, “We want to bridge the gap between patients and specialist doctors through this platform so that people can get expert and personalised consultations on demand. The patient doesn’t need to book appointments or travel to receive a medical consultation. We believe that the new round of funding will help us take specialised care downstream to more remote and underpenetrated areas across the country and also help us to further strengthen our leadership position in the space.”

The Indian Online Healthcare: A $280 Bn Market In The Making

According to a report by IBEF, the overall Indian healthcare market, which is worth around $100 Bn, is likely to grow at a CAGR of 23% to reach $280 Bn by 2020, thanks to smartphone and Internet adoption. In recent times, a number of startups like Practo, Healthkart, Zoctr, Tricog, Care24 and Zozz have emerged to tap into various niches of the online healthcare sector.

Startups such as Lybrate, JustDoc, DoctorInsta, Ask Appollo, as well as Practo’s consulting arm have a similar model as DocsApp. Mohandas Pai and Tracxn Labs-backed JustDoc, for instance, is an online video consultation app, that provides the ‘touch-feel’ connect to their users.

As per Inc42 Datalabs, healthtech startups cumulatively raised $195 Mn funding in 55 deals, during the first half of 2017. Lybrate has raised just short of $15 Mn in funding so far, while Practo claims to have secured a total of $180 Mn funding from a clutch of investors.

Keeping its focus on making primary healthcare more accessible to people in semi-urban and rural areas, DocsApp is aiming to utilise the latest funding from Bessemer Venture Partners, Techmatrix Corporation and DeNa Networks to capitalise on the rising potential of online healthcare in India as well as Southeast Asia.