With This Funding, The Company Aims To Increase Its Merchant Count To 200K By 2018-End 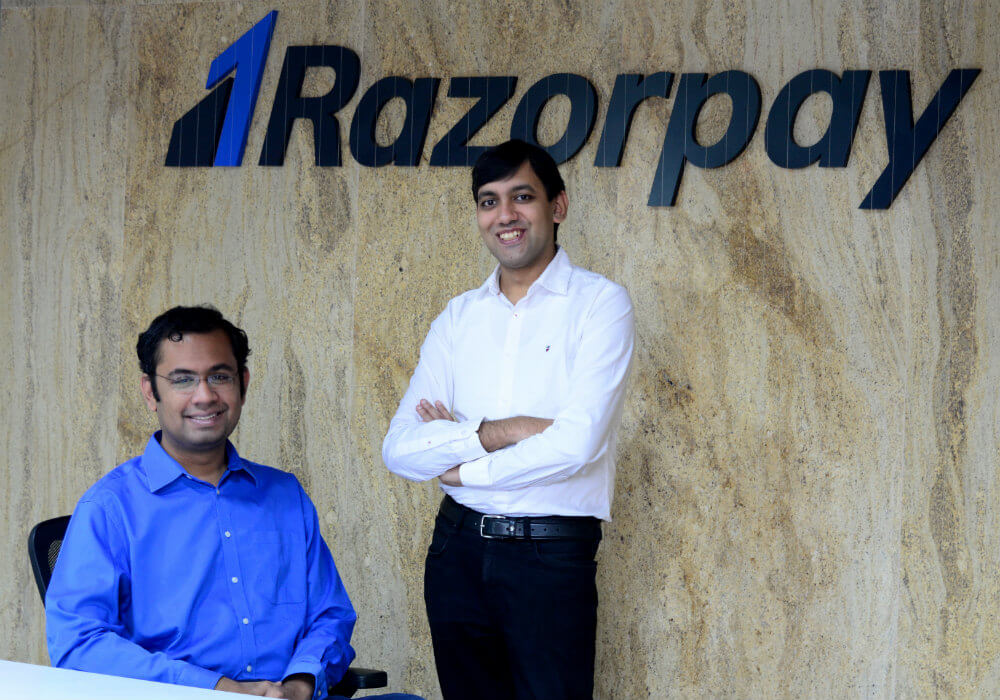 After raising an undisclosed amount of funding in a venture round from Mastercard in 2016, digital payments startup Razorpay has closed its Series B funding round of $20 Mn. The round was led by existing investors Tiger Global and Y Combinator; the Series B funding also saw the participation of Matrix Partners.

In 2015, Razorpay became the second Indian company to be included in the famed Y Combinator accelerator programme. The California based investor has now led Razorpay’s Series B round through their Y Combinator Continuity fund.

The company had previously raised $11.5 Mn in its Series A funding round from the same marquee investors along with 33 angel investors in October 2015.

Speaking to Inc42, Harshil Mathur, CEO and co-founder of Razorpay stated, “While the focus will remain to take up the core digital payments solution to the next stage, with the fundraise the company will now scale up its four products Razorpay Route, Razorpay Smart Collect, Razorpay Subscriptions and Invoices, launched earlier, as part of Razorpay 2.0 and bolster its technological capabilities and offerings.”

The funds will also be utilised for expanding the product portfolio into new verticals, building new experiences through cutting-edge data science and expansion of team to meet market demands.

On the company’s expansion plans, Shashank Kumar, CTO and co-founder averred, “While India will remain our main focus market, the company is also looking forward to catering to the other markets of South Asia/Southeast Asia such as Malaysia and Philippines.”

As the effects of demonetisation have worn off, has there any slowdown in the ongoing growth rate?

To this  Harshil replied, “In the period November 2016 to December 2017, we have been able to register a 10x growth in terms of revenues. There is no slowdown, the growth curve still remains the same. Also, thanks to the central government’s decision to reimburse MDR, this will help encourage the digital payments further.”

The company has clocked in a healthy growth rate of 25-30% month-on-month and aims at impacting lives of 500 Mn end consumers by 2020. The digital payments startup expects more than 10x growth in volume and revenue by next fiscal year and predicts the newly launched product suite to contribute to 30% of its revenues.

Anu Hariharan, Partner at Y Combinator’s Continuity Fund said, “We are excited to participate in Razorpay’s Series B round. The company’s vision and execution over the last 3 years has shown tremendous results, especially for an India focused SAAS company. With the online and digital payment space going through a massive transformation in India, their business is only going to grow further. There is now an inherent need for better systems, process and infrastructure in place and we are confident that Razorpay is perfectly suited to make the most of the changing landscape.”

“They have disrupted the market with top talent shipping out great products, through cutting-edge technology and a customer-centric approach. We are excited to continue our relationship and eagerly looking forward to the progress this company will make over the next few years.,” Hariharan added.

In September, last year, the company had launched four products under Razorpay 2.0, as an extension of the Razorpay core services. The funding will help scale up the Razorpay 2.0 products. Currently, GoIbibo, Yatra, Zomato, Zoho, DSP Blackrock, Zerodha and Newslaundry are among its client companies.

Harshil also added, “The results that we have managed to achieve demonstrate the growth of India focused SAAS market and its increasing maturity. The idea we are promoting with Razorpay is that there will be one comprehensive and innovative product that will manage the entire money movement for India’s huge underserved business community. The cash-heavy traditional sectors and new age businesses require comprehensive and powerful products that enable more than just payment acceptance and help them scale money movement through technology. And it is these sectors which we believe will lead the next phase of the surge in digital payments in India.”

Satisfied with the government’s initiatives to promote digital payments, Harshil expects the percentage of cashless transactions to grow exponentially from the existing 12% to around 50% in the next five years. However, he opined that if any cess is applied to digital transactions, it might derail the entire growth.

While Razorpay has no plans to enter the already saturated space of B2C space, the company looks forward to integrating UPI 2.0 in its existing B2B services. Having raised the Series B funding now, the company is also agnostic about integrating blockchain to its services, wherever it will be applicable.