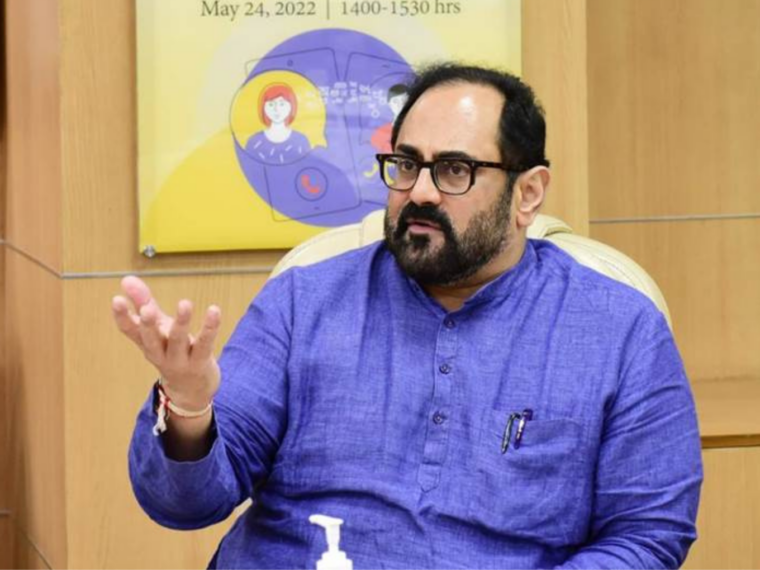 Initiatives like Bhashini shall ensure that the citizens consume the internet and digital government services in their own languages: MoS Chandrasekhar

The Ministry of Electronics and Information Technology (MeitY) on Tuesday (May 24) held a virtual brainstorming session to shape strategy for the country’s AI-led language translation platform, Digital India BHASHa INterface for India (BHASHINI).

The meeting was attended by representatives from 73 startups.

Addressing the virtual gathering, Minister of State for MeitY Rajeev Chandrasekhar said, “Whereas BharatNet & 5G shall catalyse the ‘connecting all Indians’ to internet goal, initiatives like BHASHINI shall ensure that the citizens consume the internet and digital government services in their own languages.”

As part of the initiative, the Centre will work with state governments and other agencies to develop products in Indian languages. The government will also rope in micro, small and medium enterprises (MSMEs) as well as startups, and will offer AI and Natural Language Processing (NLP) resources to deploy these services.

The meeting was attended by many startups working in the Indian language domain. During the meeting, the startups also shared their views on different aspects of the Mission.

Emphasising the role of startups, Chandrasekhar said, “Startups are an important part of our digital ecosystem and will be supported for developing India-specific and Indian languages enabled IT solutions through Mission Digital India BHASHINI.”

He further added that multi-linguality presents a major opportunity to startups to develop innovative solutions and products that can cater to all Indian citizens irrespective of the language they know. He also called for leveraging AI and NLP to facilitate digital inclusion of all Indians.

“I hope that this may lead to a higher number of AI/language based startups in the country and ultimately unicorns”, he added.

The Digital India BHASHINI is part of the larger National Language Translation Mission which was announced in the Budget this year. The initiative aims to create the next-generation of government websites that will enable users to access them in their language of choice.

BHASHINI will create an open data and open source platform that will enable startups to create a diverse range of solutions for the government and build products on top of it. The project aims to publish application programming interfaces (APIs), create benchmark data sets and leverage the platform to provide citizen centric services.

The project also aims to increase the content in Indian languages on the internet, primarily in the space of governance and policy, science, technology, among others.

The Indian NLP space is populated by AI conversational startups such as Yellow Messenger, Saarthi, Gnani, Niki, among others.