With 30 tutors and nearly a million students, the company turned profitable in the first year of operations 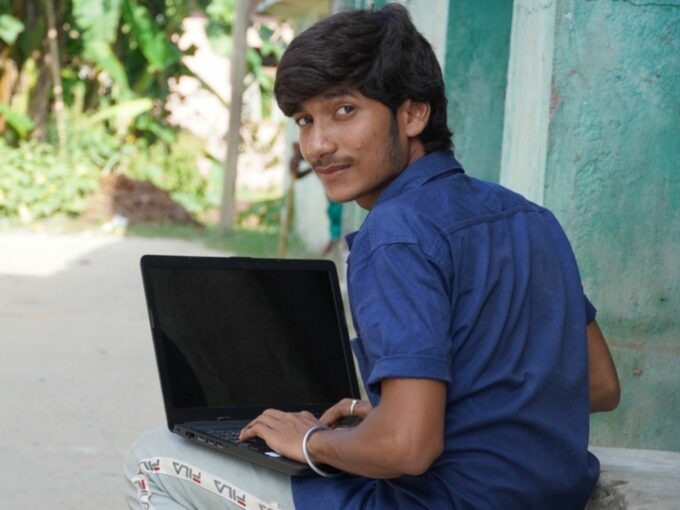 Every year lakhs of aspirants take the UPSC civil services exams, however, just  0.2% make the cut. Despite the tough competition lakhs of aspirants try their luck to crack the exams, which opens up a lucrative market for educational institutions and companies in India.

While all the attention goes to the central civil service exams, candidates appearing for state service exams are left with only a few options to prepare for the competitive exams.

Tapping into this segment is Haryana-based edtech startup Dhurina, which aims to help students living in Tier III and rural regions in cracking their state civil services exams and get a quality education.

It has onboarded nearly 30 such tutors, teaching in local languages to offer a better understanding for students. To keep greater control over its resources, Dhurina has signed an exclusive contract with local teachers and pays them on both fixed income per hour and revenue sharing basis.

Founded in June 2019 by Murari Singh, Ajay Kumar, Sachin Sardana and Sanjay Singh, Dhurina has been named after a small village in Haryana where two of the cofounders hail from. Both Murari and Sanjay were originally preparing for their state-level government exams, which exposed the vulnerability of this segment to them. 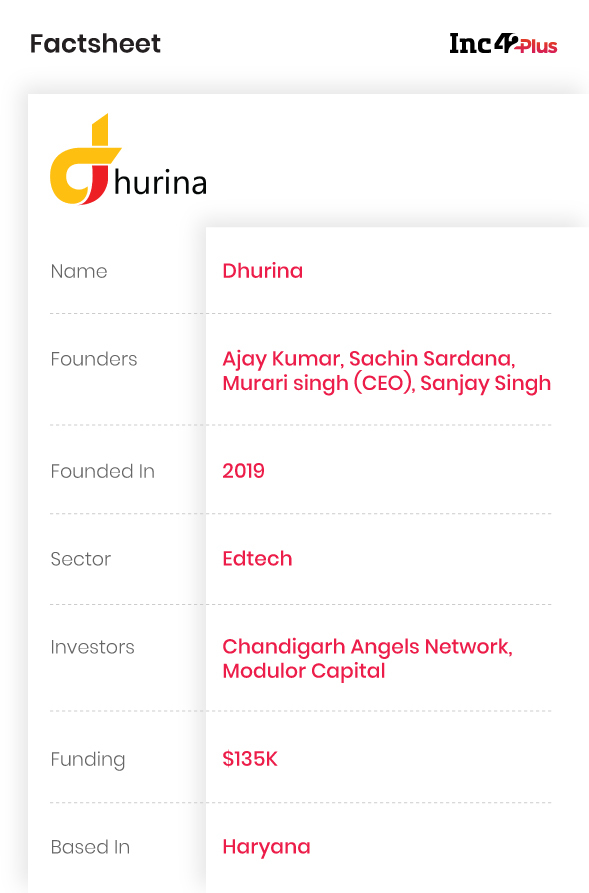 The company has currently set its base in Haryana, Rajasthan, Bihar and UP so far. It has managed to enroll more than 900K (9 Lakh) students so far and is on its way to onboard the first million students by mid-November. Post that, the company plans to expand into another 12 cities.

Funding, Profitability, Users: Everything In Place For This Edtech

Dhurina has recently raised $135K (INR 1 Cr) from Chandigarh Angels Network and  Modulor Capital in its seed round. The company plans to use a part of the funding to expand its offerings to include more competitive exams, aside from its current offerings — HSSC, REET, BPSC, RPSC, RSMSSB, CHSL, Railway RRB, IBPS and SBI exams.

Besides this, Dhurina will also be using this funding to onboard more renowned teachers and increase their application solution source pan-India. The company is also in talks to raise its Pre-Series A round in the upcoming months. Commenting on the same, Sardhana highlighted that the company has been profitable with a turnover of $950K (INR 7 Cr) and a gross merchandise value (GMV) of $1.5 Mn in FY2020. The company will also be looking at profitable growth in the future.

According to DataLabs By Inc42’s The Future Of India’s $2 Bn Edtech Opportunity Report 2020, there are around 4450 edtech startups in India, which has raised over $1.8 Bn between 2014 to 2019 across 303 deals. The capital inflows into the test preparation and online certification segments are comparatively higher. Together, these two make up for 88% of the total funding in edtech startups. Some prominent startups working in this test prep domain are BYJU’S, Topper, and Vedantu.