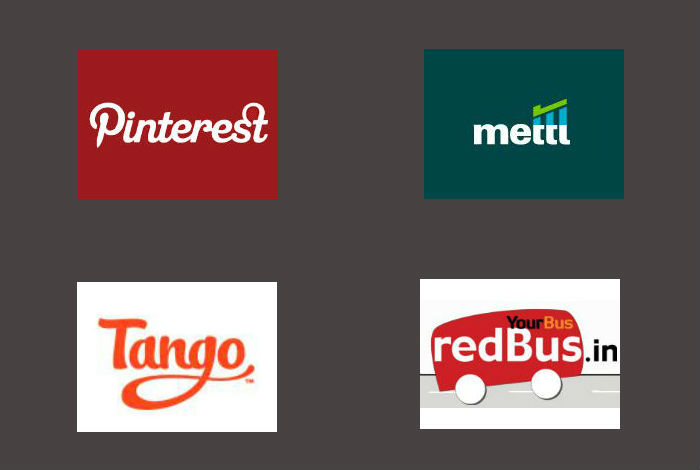 Bangalore based bus tracking and analytics platform, YourBus has been acquired by IbiboGroup, which had acquired redBus last year. The financial terms of the deal has been left undisclosed for now.

“With redBus, we want to take Live Bus Tracking to every bus in India and make it a de-facto feature in all buses and to all bus passengers,” says a post by YourBus team.

YourBus was founded by Rajesh Mallipeddi and Satya Padmanabham in 2011.

Pinterest, the popular social media site famous for its easy and user-friendly methods of bookmarking, has introduced Hindi as a language option. According to an e-mail sent to its Indian users, those who feel comfortable in Hindi can change the language settings on their profiles. The language rollout currently featured is quite similar to what Facebook and Google + offer in India. Pinterest now facilitates 26 languages, although Hindi is the only Indian language currently supported. This Hindi rollout has also been introduced to Pinterest’s Android app, provided the phone’s system language has been set to Hindi.

Chinese Internet Giant, Alibaba has invested $215 Mn in mobile messaging and voice calling app, Tango for a minority stake in the company. The funding round will value Tango at over $1.1 Bn. This investment is part of a $280 Mn funding round that Alibaba is leading, which also will see other current investors in Tango.

Tango is based out in Mountain View, California, and was founded in 2009.

Mettl appoints Subash Tantry as the President, US operations

In its bid to expand to the global arena, Mettl has appointed Subhash Tantry as the President of the company’s US operations. His experience of more than 30 years will benefit the company that focuses in providing online assessments. Subhash Tantry is the co founder of Vigilance Inc, and was the executive Vice President and Chief Technology Officer. He is known for having led large innovative software development teams and architected software solutions both at Consilium and Accenture. The new appointment is a crucial step in expanding the company’s work in the global level.

Mettl, is an online assessment and testing platform to monitor and enhance people’s skills is expanding its activities in the US market. The platform enables companies to hire managers for a new job and also to track their skills and abilities. The company founded in 2012 by Ketan Kapoor and Tonmoy Shingal has about 250 clients currently working with companies like Cognizant, Wipro, and Ericsson etc. It is recognized among the top 50 startups in the world and is funded primarily by two investors – Kalaari Capital and Blume Ventures.