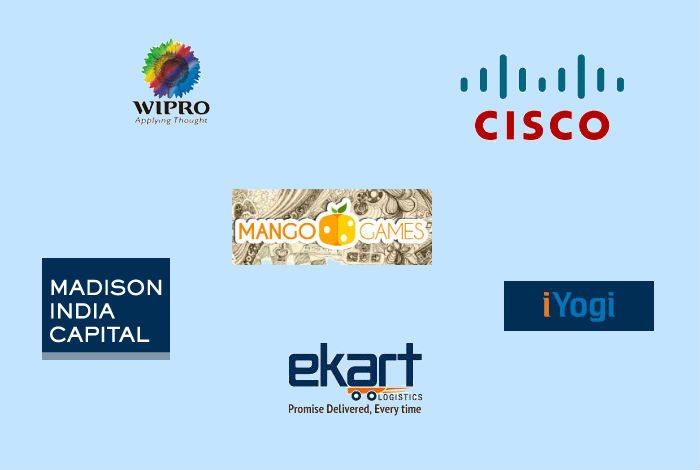 One of the early entrants in the online music streaming services Dhingana has shut down its services. The portal now only shows the goodbye message.

We hope that you enjoyed listening to Dhingana as much as we enjoyed building it.

But alas, all good things must come to an end.

We thank you from the bottom of our hearts for letting us be a part of your musical moments!

Online marketplace, Flipkart’s logistic arm eKart will soon be delivering products of its competitors for which its currently running a pilot program with few partners. Flipkart had created a separate brand for its logistics arm last year and has so far used eKart only for in-house deliveries. Currently it reaches over 150 cities. To mention Amazon & Jabong also ships products for other vendors.

This is Flipkart yet another step to diversify its portfolio. Last year, it launched an online payment gateway solution PayZippy that allows customers to save their credit card details and this service is now used by other online companies as well.

Madison India Capital has recently picked up a minority stake in Gurgaon based tech support firm iYogi as per reports. Though there has been no confirmation from iYogi but Madison Capital’s investment page shows iYogi in the list of companies.

iYogi provides subscription based technical support services to home users and small businesses across a wide range of computing and communications devices and software.

Backed by Sequoia, it has number of funding rounds till now, which includes $9.5 Mn from SAP Ventures, Canaan Partners & Silicon Valley Bank in 2008, $15 mn from DFJ India & existing investors in January 2010 followed by additional $30 mn from Sequoia and existing investors in December 2010.

Software services company Wipro has said that it has invested over $19 Mn in two tech startups but has kept the details and the names of the startups undisclosed. “There is innovation capability lying outside the organisation and so there is a need to invest in the same,” said TK Kurien, CEO, Wipro.

Bangalore-based Mango Games Pvt Ltd, has raised a funding round led by Social+Capital, Deep Kalra (CEO of MakeMyTrip) and Naveen Tiwari (Founder of InMobi) according to a report by Medianama. With this, the company has also appointed Tencent’s India chief Rahul Razdan as its CEO.

Social+Capital is an investment firm set up by former Facebook VP Chamath Palihapitiya.

Network equipment company Cisco Systems  has announced that it has allocated $100 million to invest in early stage companies in order to drive the evolution of the IoE. According to a study released by the company, The Internet of Everything (IoE) could generate $4.6 trillion in value for public sector organizations over the next decade.

BK Birla is Back at Asklaila #Restartup

“OK, so that sums it up. Starting another inning at AskLaila. It was fun creating this brand long time back and I still feel that there is a lot more we can do with this,” said BK Birla in a blogpost. Now as a part of team, Birla will be looking at rebuilding the team.

Internet entrepreneur Krishnan Ganesh will soon be launching two new startups, one in the housing and construction sector and another that will offer higher education for working professionals. As per Krishnan one will be launched in the first half of 2014, followed by the second later this year or early next year. “The idea is to create billion-dollar opportunities,” he said.

Ganesh, previously had also sold his online tutoring company TutorVista to UK’s Pearson in a deal valued at about Rs 1,300 crore in 2011.

For the new ventures, Ganesh is also scouting for early-stage companies at a pre-revenue stage that he can acquire. “We are actively looking at acquiring existing startups, because that will give us a head start in the space. We will not spend cash to acquire the startups, rather the founders could get stock in the holding company.” The company might also look for Venture Capital Funding.