The Indian toy manufacturing industry is estimated to be worth $1.5 Bn, making up just 0.5% of the global market. 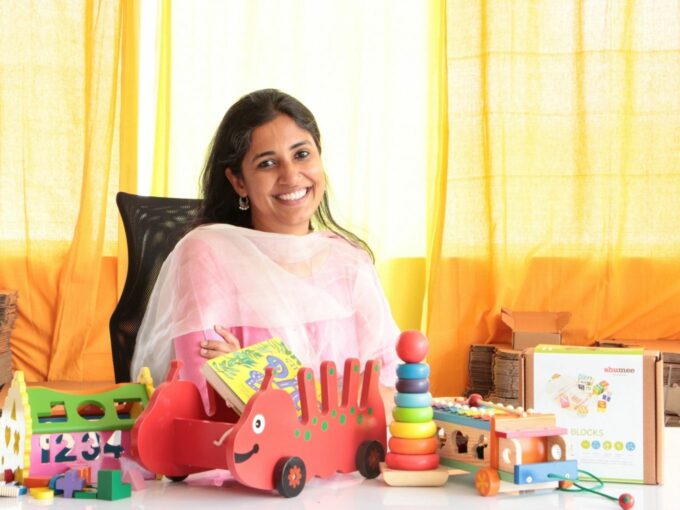 Founded in 2016 by Meeta Sharma Gupta, Shumee makes sustainable wooden toys and games for children between the age of 0 and 7 using natural materials and non-toxic colours. The Indian toymaker had brought on actress and producer Dia Mirza as an investor and brand ambassador earlier.

Shumee’s toys are designed in-house by the startup’s designers and handcrafted by local artisans using wood, cotton and other child-safe materials. The startup has sold more than 200,000 toys in six countries since its launch in 2016. It sells directly through its website and marketplace including Amazon.

The startup plans to utilise the fresh infusion of capital towards expanding its product line while building a global premium wooden toys brand.

“Due to the lockdown and an increase in import duty on toys, domestic toys market has seen a tremendous surge of more than 25% in the demand of the toys and Shumee team has been on the frontline to cater to that demand with product innovation and robust automation”, says Amit Singal, general partner at Fluid Ventures.

The Indian toy manufacturing industry is estimated to be worth $1.5 Bn, making up just 0.5% of the global market. Toy manufacturers in the country are mostly located in the NCR, Maharashtra, Karnataka, Tamil Nadu and some central Indian states. 90% of the market is unorganised and 4,000 industry units operate in the MSME sector.

According to Invest India, this industry has the potential to reach $3 Bn in 2024 with domestic toy demand forecasted to grow at 10-15% against the global average of 5%.

“Children learn through play; learning should not be forced on them. We have over 100 toys and games at Shumee and none of them is ‘educational’ in the typical sense. They encourage open-ended play led by the child’s own imagination and will,” said Meeta Sharma Gupta, founder of Shumee.

“As the child plays, they hone age-appropriate skills, including fine and gross motor and sensory skills in early months, and problem-solving, creativity, and communication later,” she added.

Earlier this year, D2C edtech startup Skillmatics had raised $6 Mn in a Series A funding round led by Sequoia Capital India, with participation from the Jalaj Dani family office and some angel investors.