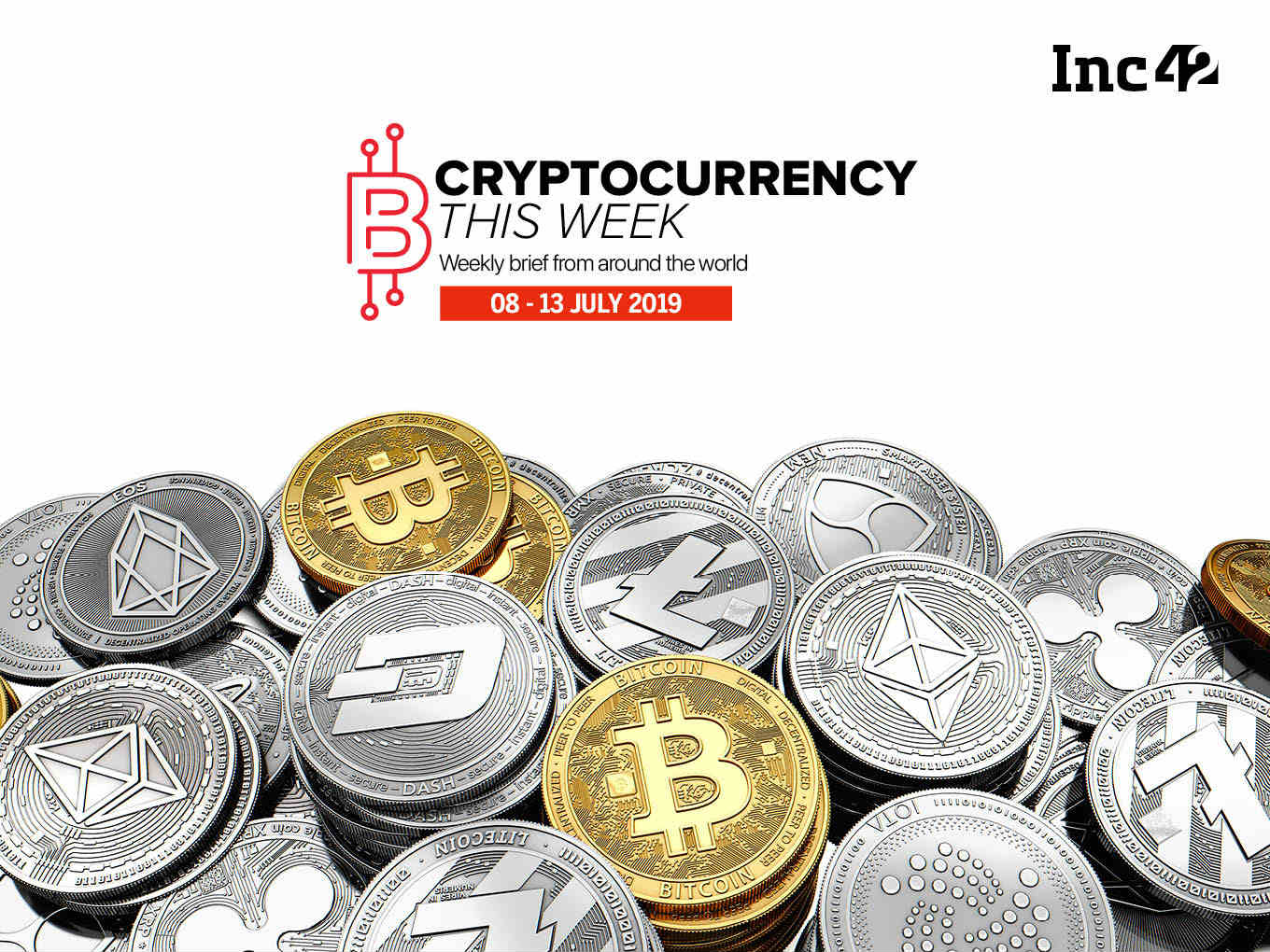 I am not a fan of Bitcoin, cryptocurrency: Trump

Amid uprising concerns against Facebook’s Libra, David Marcus, who heads the Libra project, has now written a letter of assurance that the company is “taking the time to do this right.” The letter is written in response to the US Rep Maxine Waters’ request to halt the project. However, it seems the letter of assurance just wasn’t enough as on July 12, US President Donald Trump too jumped on the anti-Libra bandwagon, criticising the cryptocurrency in a series of tweets.

Meanwhile, in India, the Interdisciplinary committee under Subhash Chandra Garg, secretary, department of economic affairs is still sleeping on the crypto-related draft, says the Indian government.

Let’s take a look at the top news of the week!

In a series of tweets, Trump said that he is not a fan of Bitcoin and other cryptocurrencies, which are not money, and whose value is highly volatile and based on thin air. Unregulated crypto assets can facilitate unlawful behaviour, including drug trade and other illegal activity, he claimed.

Trump further went on to criticise Facebook too for launching Libra and asked that if Facebook wants to be a bank, it must seek a new banking charter. He said, “….Similarly, Facebook Libra’s “virtual currency” will have little standing or dependability. If Facebook and other companies want to become a bank, they must seek a new Banking Charter and become subject to all Banking Regulations, just like other Banks, both National……and International.

Unveiled in June, Facebook’s Libra cryptocurrency is expected to be launched by June 2020.

Crypto Framework In India Under Development

It’s been more than two months since a senior DEA official confirmed Inc42, that the draft crypto-related framework has already been submitted to the finance minister and that the government after cabinet approval might introduce its as part of Money Bill 2019.

Now, addressing the parliament on Monday (July 8), Minister of State for Corporate Affairs Anurag Thakur said that the issue is still under examination by Garg Committee.

“The Committee, with representation from MeitY, RBI, SEBI and CBDT is working to develop a framework for regulating cryptocurrencies. However, in the absence of a globally acceptable solution and the need to devise a technically feasible solution, the Department is pursuing the matter with due caution,” he said.

The Inland Revenue Authority of Singapore (IRAS) has published a draft guide that sets out the GST treatment of transactions involving digital tokens or cryptocurrencies that function or are intended to function as a medium of exchange which will take effect from 1 Jan 2020.

Currently, the IRAS has invited stakeholders to share their feedback pertaining to the draft tax guide. According to the draft, supplies of cryptocurrencies will no longer be subject to GST.

Crypto exchanges continue to be a soft target for hackers. Since Mt Gox, numerous crypto exchanges including South Korean Youbit, Japanese Coincheck, Binance have been time and again successfully hacked by hackers.

After recent Binance hack, the latest to the list is another Japanese crypto exchange Bitpoint. The company has suspended all services after losing about 3.5 billion Japanese Yen ($32 Mn) in a hack that involved Ripple and other cryptocurrencies, reported Japan Times.

Remixpoint shares (which owns the exchanges) plunged 19% to their daily lower limit, and were untraded in Tokyo on a glut of sell orders, said the report.