Chakr Innovation plans to use the funds to scale its productivity 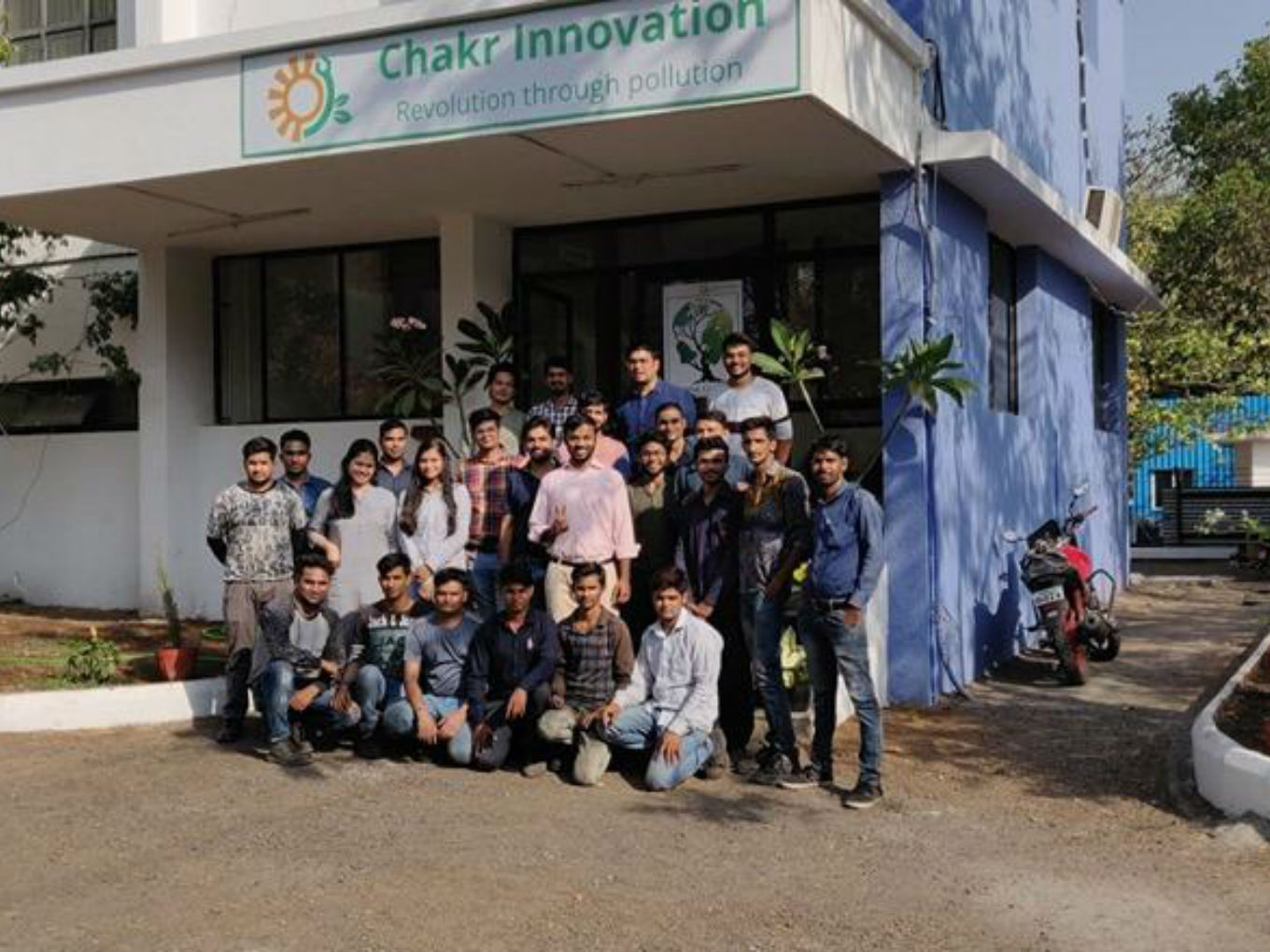 Chakr Innovation plans to use the funds to scale its productivity and expand its operations across more than 12 cities in the next 18 months.

Founded in 2015 by Kushagra Srivastava, Arpit Dhupar, and Prateek Sachan, Chakr Innovation is a cleantech startup which converts soot collected from vehicular exhaust into printable ink using a proprietary liquid. Prior to this round, the company has raised an undisclosed amount in Pre-Series A funding.

The startup is currently operating in Delhi/NCR, Pune and Bengaluru. It claims to have deployed its emission-control technology at over 70 sites in association with companies like Tata, Hindustan Petroleum, Mahindra World City, and Indian Oil Corporation.

Chakr Innovation is clearly focussed on solving the vehicular pollution issue. Kushagra Srivastava, founder and CEO of Chakr Innovation said, “The world-class network of IAN mentors will help us scale faster and realise our vision of cleaning the air faster.We also look forward to working with the government of India to help achieve the national level target of 20%–30% reduction of PM2.5 and PM10 concentration by 2024 as proposed under the National Clean Air Programme.”

The first product of the company is Chakr Shield, a technology sanctioned by the National Accreditation Board for Testing and Calibration Laboratories. Chakr Innovation has already leveraged its innovation to capture 500 kilograms of particulate matter.

Padmaja Ruparel, founding partner, IAN Fund said, “IAN Fund is focused on supporting innovative ventures catering to a need / pain point in the country – and pollution is one such area which does need a quick solution. Our investment in Chakr Innovation demonstrates IAN’s focus on national imperatives and helping build high growth sustainable companies with an impact.”

Why Is Cleantech Gaining Ground?

The Centre for Science and Environment’s State of India’s Environment report says that air pollution is killing one lakh children under the age of five in India every year and is responsible for 12.5% of all deaths in the country.

India is home to 14 out of the 20 most polluted cities in the world. Further, according to the World Health Organization (WHO) report, over 10-50% of indoor environments in India, North America, Europe, Australia and Japan are estimated to be affected by indoor dampness.

At the 2018 MASSIVE Earth Summit, it was discussed that the pollution reduction industry,  $15 Tn opportunity, is creating solutions for the elevated air and water pollution levels.

Some of the sources of this pollution include transport, industries, power plants, biomass, construction, road dust etc. As the likes of Chakr Innovation gather their technology capabilities to address pollution through diesel engine, it is a long shot to support the worsening quality of air in the country.