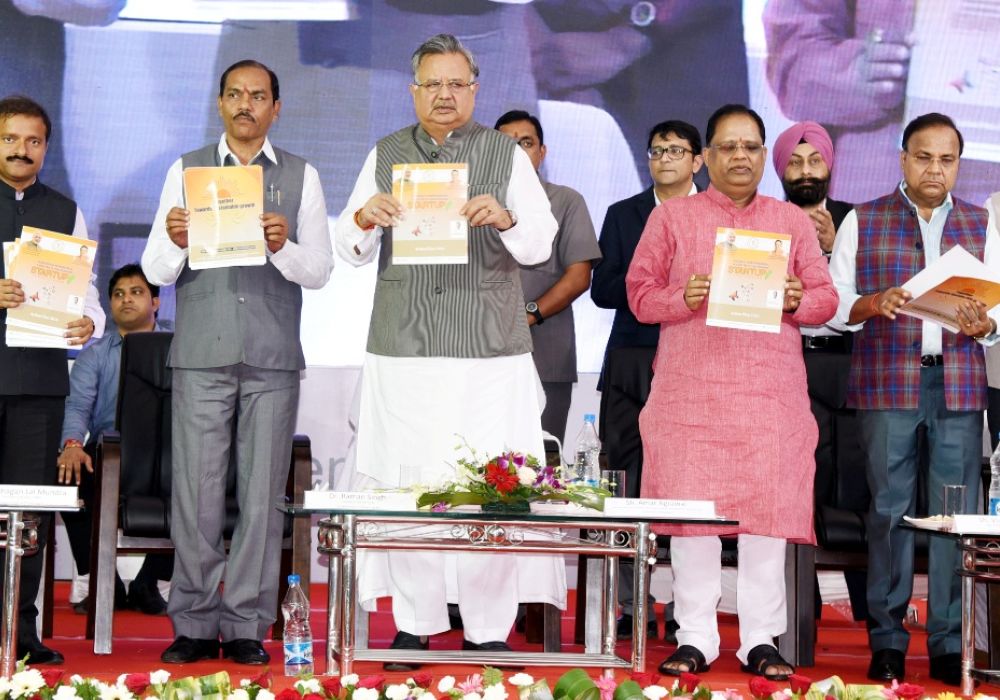 The government of Chhattisgarh facilitated 36 startups who were part of the Startup Chhatisgarh Grand Challenge. The event was presided by Chhattisgarh CM Raman Singh who awarded the startup winners in Raipur. The government also announced the launch of an new incubator, 36inc.

Other State ministers who were present at the event include State Industries Minister Amar Agrawal, Chief Secretary Vivek Dhand, Principal Secretary, IT, Aman Singh and other senior officials, as per reports.

The event was organised by the Commerce and Industry Ministry of Chhattisgarh.

The Start-up Chhattisgarh initiative was announced last year as part of the state’s startup policy. Commenting on the need for a stronger startup ecosystem in the state, CM Raman Singh said, “Youths need to be fearless to bring their ideas into commercial products. This initiative (‘Start-up Chhattisgarh’) can provide wings to a lot of young talented people for becoming tomorrow’s entrepreneurial leaders.”

The 36 startups who were facilitated by the Chief Minister had also set up stalls that showcased their product, technology and services during the event.

The official further noted that a total of 3,858 ideas were submitted. Of this, 36 startups were admitted into the programme, by a screening committee formed under the state Commerce and Industry ministry. According to the official, “Some of these (selected) entrepreneurs are professionals who had given up their jobs to fulfil their dream whereas others were students who had just passed out of college.”

In line with the state’s mission to nurture a startup policy and help startups grow, CM Raman Singh also inaugurated 36inc. 36inc will be a state-run incubator for the felicitated startups. It has been approved by the Atal Innovation Mission and comes under its purview.

36inc will be set up under the Chhattisgarh Infotech Promotion Society (CHiPS). As of now, the incubator will operate out of Udyog Bhawan in state capital Raipur.

Under 36inc, the incubatees will be mentored and provided support by the incubator in developing their business plan, building a prototype, market testing of the product/service and funding, he informed. “All the activities during the incubation process would be conducted with the help of startup gurus and subject matter experts,” the official added.

Start-up Chhattisgarh was first announced in September 2016 by Chief Minister Singh. Under this initiative, the state government reportedly aims at nurturing startup companies which are closer to the local environment. The government will give preference to startups in priority sectors like healthcare, animal husbandry and value-addition of core sector products.

Talking at the launch event, CM Raman Singh of Chattisgarh had said, “Youth has no dearth of ideas. Lots of creative ideas take shape in their mind. They should convert them into business ideas according to the needs of the market to provide facilities to people at lower rates in a convenient manner. They need to be fearless to bring their ideas to commercial products.”

Other benefits such as providing a 75% subsidy to budding entrepreneurs on term loans amounting up to $104K (INR 70 lakhs) for six years, a fixed capital subsidy of 35-40% on a maximum amount of $523K (INR 3.5 Cr) were also announced.

Under the mandates of the programme, electricity duty shall be exempted for 10 years, as well as stamp duty for the purchase or lease of land for the startups.

The government of Chhattisgarh has been proactive, much like other state governments such as Goa, Bihar, Andhra Pradesh and Telangana amongst others to encourage the growth of entrepreneurship. With an initiative such as 36inc as well as Start-up Chhattisgarh and the inherent benefits provided in the programme, it is to be hoped that more startups such as Applop, Health Potli, Machine Hire, Poetcard will flourish and create an impact on the overall Indian startup ecosystem.

(This development was reported by ZeeBiz.com)