Shuttl had shut down its operations in June 2021

Jointly, Chalo and Shuttl have a presence in 33 cities across 12 Indian states 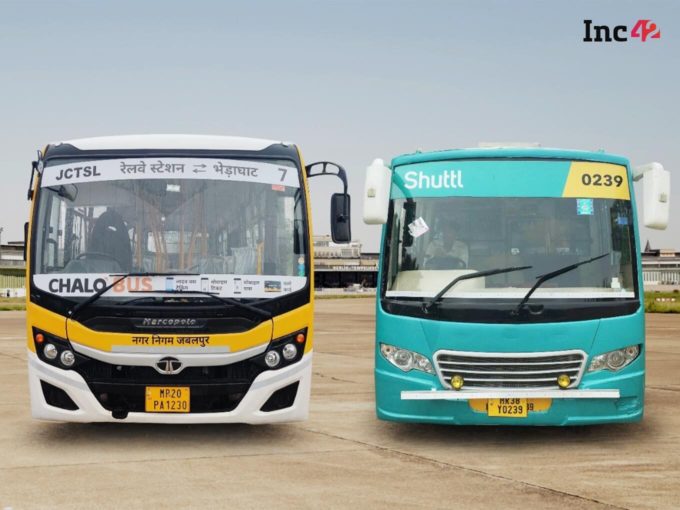 Through this acquisition, Chalo eyes to accelerate its plans for its international expansion as Shuttl already operates in Bangkok. It would also be able to expand its domestic footprint post the acquisition.

In the first week of October, Chalo had announced $40 Mn Series C funding led by Lightrock India and Filter Capital. Founded in 2014 by Vinayak Bhavnani and carwale.com’s cofounder Mohit Dubey, the startup has raised $47 Mn in total.

The company is also eyeing Manila and Jakarta, among several other cities, for international expansion.

In a statement, Mohit Dubey-led Chalo said that Shuttl addresses the premium bus services market targeted at office-goers and is a natural extension for Chalo’s stage carriage city buses business.

Speaking on the plans ahead, Mohit Dubey, cofounder and CEO, Chalo, said, “Together we now fulfil more than 25 million rides per month, and aim for international expansion along with further growth in India as well.”

Post the acquisition, the premium office bus service will continue to use the brand name ‘Shuttl’ and the whole of Shuttl’s current team, including key people who have been a part of Shuttl’s core team since inception, will continue under their current roles.

Mumbai-based Chalo currently has 15,000 buses live on its platform. Jointly, Chalo and Shuttl have a presence in 33 cities across 12 Indian states, including Delhi NCR, Karnataka, Kerala, Madhya Pradesh, Tamil Nadu, Uttar Pradesh, Bihar, Assam, and others.

Shuttl’s operations were severely impacted by the pandemic and the eventual lockdowns and had been looking for opportunities of mergers and acquisitions.

In June this year, its cofounder Amit Singh, took to Twitter to announce that Shuttl has shuttered down its business and the company was exploring merger and acquisition opportunities with Indian and international companies.

“We’ve taken a tough but practical call. A call that best takes care of the interest of our team, customers, partners, shareholders. The call is to join forces with another entity. An entity that’s less impacted by Covid & can better tide over these challenging times,” he said in a tweet.

On Tuesday, post the acquisition, Singh said, “It’s a bittersweet moment for us. We believe the team and legacy of Shuttl will thrive equally well in the new set-up.”

Founded by Amit Singh and Deepanshu Malviya in 2015, Shuttl had a presence in Indian metros like Delhi NCR, Kolkata, Hyderabad, Pune, Mumbai and had also expanded to Bangkok. The startup was fulfilling about 100,000 rides daily through its 2,000 buses, prior to Covid-19.

Shuttl had laid off employees during last year’s Covid lockdown in May. The bus aggregator was left on shaky footing after its financial performance in FY20.

It reported a 48% spike in its revenue for the financial year that ended in March 2020, before shutting down operations temporarily. The company’s revenue grew from INR 101 Cr in FY2019 to INR 149 Cr in FY2020.