Cbazaar Raises Series B Round, Now Valued At Over INR 150 Cr.

Cbazaar Raises Series B Round, Now Valued At Over INR 150 Cr. 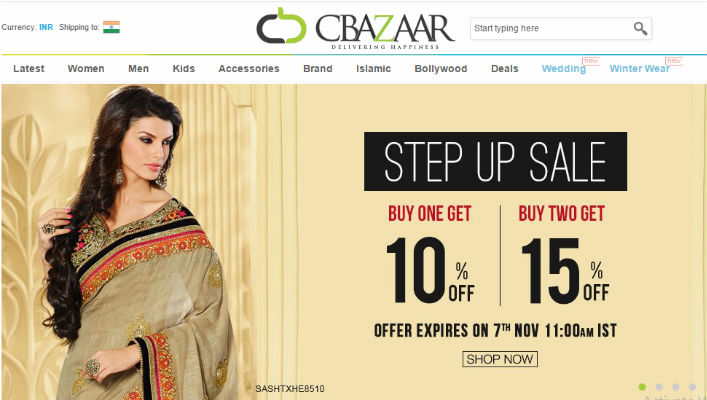 Online ethnic retailer, Cbazaar has raised an undisclosed amount in Series B round of funding led by private equity firm Forum Synergies with its existing investors also participating in the round.

However, as per ET Cbazaar has raised between INR 30-50 Cr. in this round and is now valued at about INR150 Cr.

As a part of the investment, Hemchandra Javeri, co-founder and MD, Forum Synergies, will join the board of Cbazaar.

The raised funds will be used by Cbazaar to hire talent, improve technology and expand its in markets such as the US, the UK, Canada, South Africa and the Middle East.

Founded by Rajesh Nahar alongwith Ritesh Katariya, Cbazaar offers a myriad of Indian Ethnic Wear for men, women and kids and has the patronage in over 130 countries. It expects revenue of about INR 60 Cr. this year.

Utsav Fashions and NDTV’s IndianRoots also operate in the ethnic wear segment. Recently, IndianRoots, has raised $5Mn in Series B round of funding led by Astro Malaysia.

Launched as Chennaibazaar.com in 1998, it was rechristened as Cbazaar.com in 2005. In 2007, it acquired Homeindia.com a traditional bridal wear specialist. Cbazaar had raised Series A funding of $3.5 Mn from Inventus Capital Partners and Ojas Venture Partners in 2012.