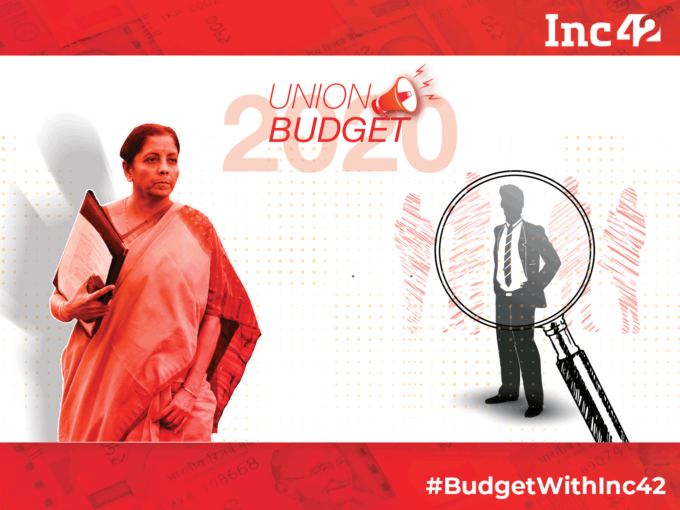 Addressing the worrying rise in unemployment in India in the union budget 2020-21, finance minister Nirmala Sitharaman proposed setting up a National Recruitment Agency (NRA) to recruit candidates for non-gazetted posts in governments and public sector banks.

“At present, candidates have to appear for multiple examinations conducted by multiple agencies at different points of time, for similar posts. This places enormous burden of time, effort and cost on young people,” Sitharaman said, in her budget speech.

The National Recruitment Agency (NRA) will be set up as an independent body, which will conduct computer-based online “Common Eligibility Test” for recruitment to non-gazetted posts. The government will set up a test center in every district.

Skilling, Infrastructure And Education: Everything Else To Promote Employment

Moreover, in bid to spark employment through infrastructure spending, Sitharaman announced that INR 100 Lakh Cr will be invested in infrastructure development. She also noted that the finance ministry launched the National Infrastructure Pipeline, in December 2019, to take a look at 103 Lakh projects across industries.

She also proposed to start a programme, under which urban local bodies would provide internship opportunities to fresh engineers for a period of up to one year. In addition to this, the government also plans to create a special bridge course to bring in “equivalence” in training, language requirements and skilling the Indian healthcare workforce such as paramedical staff, nurses and caregivers. The step has been taken to ensure that the workforce is skilled enough to deal with the demands of the employers.

Moreover, the Indian government has decided to spend INR 99,300 Cr in the education sector and INR 3K Cr for skilling, in the 2020-21 budget. Additionally, the government will set up an online educational programme to provide quality education to students from the deprived sections of society and those who don’t have access to higher education.

As per data collection agency National Sample Survey Office’s (NSSO) job survey for 2017-18, the unemployment rate in India was at a 45-year high. However, the Indian government withheld the report, citing inaccuracies in data.

Another report by “State of India’s Environment (SoE) In Figures 2019,” states that the unemployment in India has doubled since 2016. In August 2019, the unemployment rate was recorded to be 8.4%, according to a NGO think tank Centre for Monitoring Indian Economy.

The severity of the situation came to light when news that over 7K people applied for 549 sanitary worker roles in the Coimbatore corporation job listing made national headlines. Most of these applicants were engineers, post-graduates, graduates and diploma holders, hinting that job crunch is a much bigger problem than talent crunch in India.