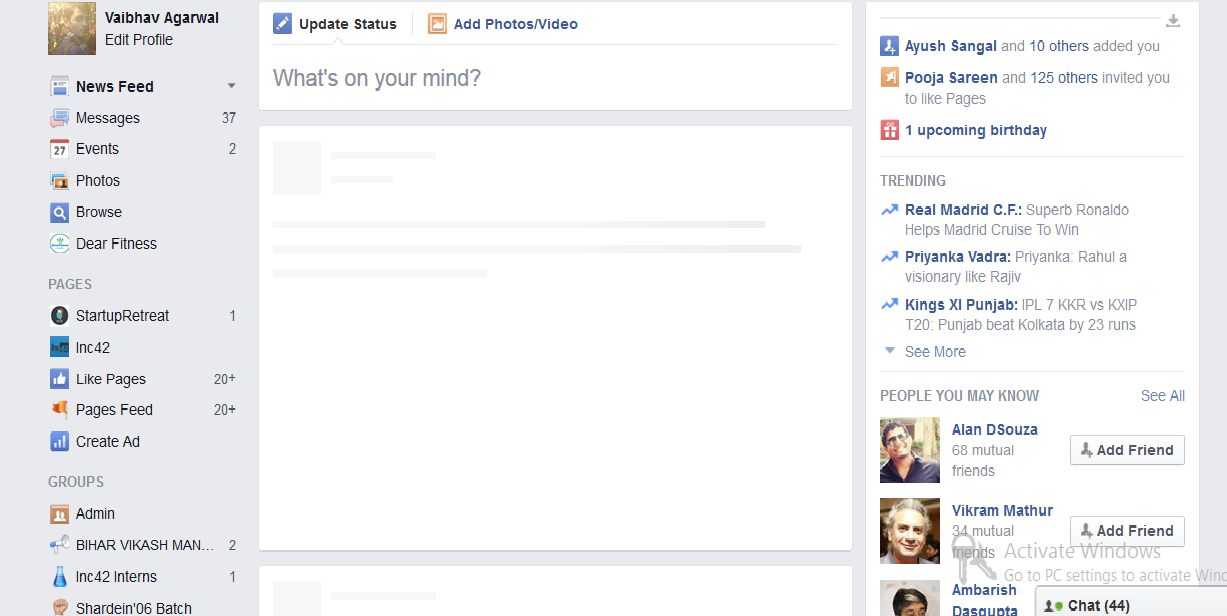 UPDATE: “The timeline is back now and is working fine, though we have written to Facebook and are awaiting a reply on the issue.”

Looks like Facebook is suffering from a bug, which is hiding the first few posts of a user’s timeline. Even though Rest of the posts are visible normally. Also, users from all over the world have been reporting that they are unable to see content in their newsfeed.

Its been almost couple of hours, since we noticed, that Timeline posts are not appearing normally. At first we ignored it as at times slow internet causes the page to load slow, but then after many attempts when the result was same, we reached out to other friends to understand the status at their end.

On the other hand even most of the mobile application users are reporting the same issue. Although some older, cached content is still showing in some cases.

Couple of years ago the same thing has happened where Facebook user’s timeline went blank.

We tried to confirm from as many different users as we could. Is it only Indian users or is it same around the globe? Please let us know who all are facing the sam eissue.

Though the tweets from different users says that the problem is global.

#FaceBookDown just thinking about the people who’s birthday it is today, clicking refresh every minute.with a sad face

What do you know, Facebook is down. Solution? Turn to Twitter to complain about it. #FaceBookDown — Craig Platt (@LastLaughBlog) April 27, 2014

Facebook is down? Oh. Excuse me while that has absolutely no impact on my life what so ever.

BREAKING NEWS: phone networks crashing as people text mates to tell them what they did at the gym & what their food looks like #facebookdown — Mr. Pranckevicius (@DJFlash87) April 27, 2014

If Facebook is down for everyone, then nothing new is being posted for you to see. Calm down. #facebookdown

Is it just me or Facebook newsfeed is having some serious layout issues? — Anantpal (@Anantpal) April 27, 2014

good news! :)) #Facebook not working. Now we as a family and friends have to actually talk to each other :))

I'm so tired of #Facebook feed not working. Completely removed. Not one friend's post is viewable in feed right now. #facebookfail