Bluegape Launches Photo Stories, Now Get Paid For Every Photo Story You Write

Bluegape Launches Photo Stories, Now Get Paid For Every Photo Story You Write 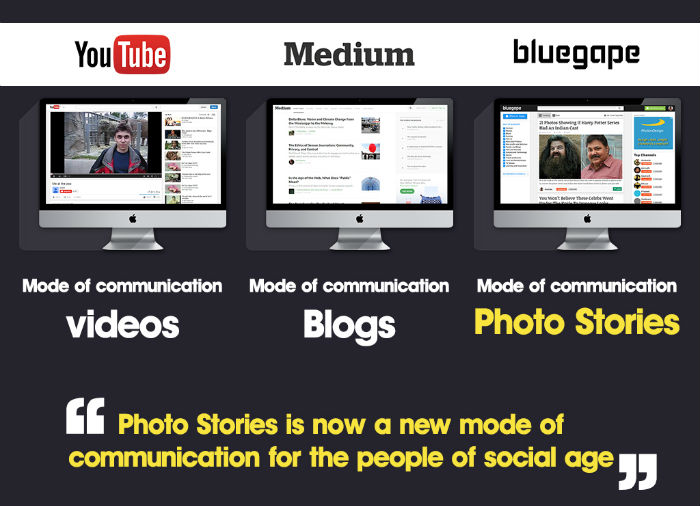 Delhi-based Bluegape.com, which recently had launched a content discovery platform, has announced a new feature where users can create photo stories and get paid for each view that their photo story gets.

This new feature is just like YouTube which offers option to upload videos and Medium for blogs.

Speaking on this new feature, Sahil Baghla, Founder & CEO, Bluegape told Inc42, “We believe that photo is a new mode of communication after Videos and Blogs. In this social savvy world – people want to spend less time on reading and more time on looking at things. So, Photo Stories become the best mode of communication.”

The company had given access to 15 people to start their channel of Photo Stories. Initially, users were creating around 30 Photo Stories per day. However, with an aim to expand the reach, it has opened the platform for everyone.

Bluegape also expects that by the end of February, there will be more than 500 people creating Photo Stories on the platform. It aims to have around lakhs of users in next two years.

A user can create a photo story within a minute so, once a user logs into Bluegape, he/she is provided with a dashboard where they can easily add title, description and photos and publish or save. 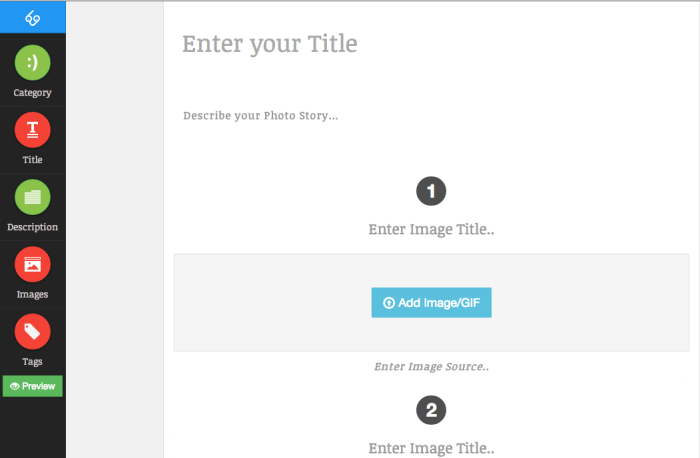 Speaking over the competition, Sahil said, “ScoopWhoop and StoryPick in India are doing great. But they are not a platform for anyone to create Photo Stories and earn money. Their team creates 5-10 Photo Stories in a day. We want people to create their own channels at Bluegape and some of those channels will be bigger than ScoopWhoop and StoryPick. In west – BuzzFeed is the biggest player in this category.”

Founded in 2011 by Sahil Baghla and Ayush Varshaney, Bluegape was earlier a fan merchandise & customisation platform. However, in December last year, the company had shutdown it’s merchandise business due to copyright issues. Prior to shutdown, the company had raised funding on LetsVenture and was also part of Times Internet’s accelerator TLabs.

Bluegape was earning INR 1 Cr. monthly at the time of shutdown. Within few weeks of putting full stop to its ecommerce operations, before it was re-launched as a content publishing platform.