India’s Times Group has invested in a blockchain startup Ponder

RBI has postponed its plans of launching a digital rupee indefinitely 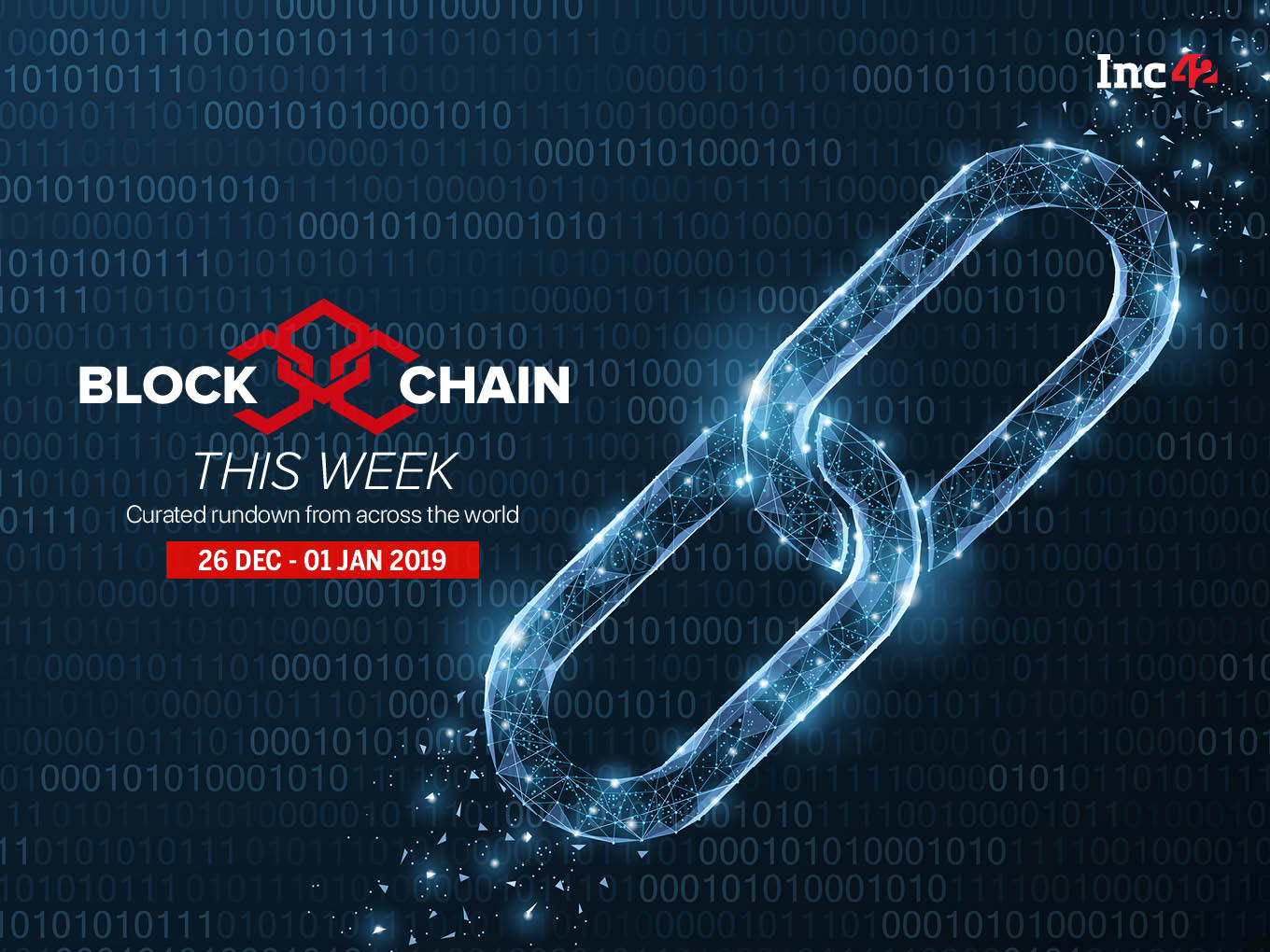 Last year, Unicef picked six blockchain startups to aid its various humanitarian efforts. One of these was Statwig, a Hyderabad-based company which focuses on blockchain-powered solutions for the cold-chain industry. Statwig was chosen by Unicef to turn its $1.64 Bn global vaccination programme, which distributes 45% of the vaccines worldwide, into a blockchain-based system.

“If we can deploy at that scale then we prove that the technology is secure, scalable and enterprise ready,” Statwig founder Siddharth Chakravarthy told Inc42.

The company earlier used its technology in a project with the Andhra Pradesh government to improve monitoring of the seafood supply chain in the coastal state. If you want to read the full story of how Statwig’s Ravi Kumar and Chakravarthy tracked seafood with blockchain, click here.

Last year, blockchain rose to prominence from the shadows of cryptocurrency due to Bitcoin’s plunging valuation. While Bitcoin is still the most-searched word of 2018, many experts have predicted that 2019 would be marked by a blockchain breakthrough. From banking transactions and accounting solutions, to land records, logistics, and supply chain, developers are coming up with new applications of blockchain technology every day.

That said, here’s the latest in blockchain news from India and around the world:

India’s largest media company, The Times Group, has invested in blockchain startup Ponder. The amount of investment is undisclosed.

Ponder makes blockchain-based game-like apps for generating referrals. Ponder’s apps aim to make it enjoyable to make referrals for jobs, business, and even romance — anywhere where a friend’s judgement can be valuable. Where a referral leads to success, the person making the referral is financially rewarded.

Another setback For Crypto-Assets In India

The Indian parliament was informed on December 28 that the government is in no hurry to finalise any norms or to even set a deadline for the task.

“In absence of a globally acceptable solution and the need to devise technically feasible solution, the department is pursuing the matter with due caution. It is difficult to state a specific timeline to come up with clear recommendations,” Pon Radhakrishnan, the minister of state for finance, told the Lok Sabha, the lower house.

In response to the question of legality, the minister wrote, “The government has not recognised cryptocurrencies as legal tender. The issue of permitting trading in cryptocurrencies is currently under examination by an inter-ministerial committee.”

On January 1, a media report said that that the Reserve Bank of India has paused its plans to develop a digital currency. India’s central bank had first announced its plans to start a Central Bank Digital Currency (CBDC) in April 2018.

“The government doesn’t want the digital currency any more. It thinks it is too early to even think about a digital currency,” Hindu Business Line quotes an unidentified source as saying.

Makers of TRON Look Into Blockchain Gaming In 2019

Blockchain developer TRON has signed an agreement with Game.com, an online gaming platform which centers on blockchain game content. Under the partnership, Game.com will launch several titles on the TRON blockchain, which will allow the players to use TRON’s cryptocurrency TRX for purchasing various elements of the games.

Justin Sun, the founder of TRON, said: “Within the blueprint of TRON, online gaming constitutes an important link. Our partnership with Game.com will further strengthen our position as the leader of the Internet 4.0, and allow us to add value to the application and development of blockchain.”

A popular digital marketing group, Cyberius said in a study that Japan is far ahead of other countries in terms of Blockchain and Cryptocurrency adoption. The study has cited the government’s passage of a bill in May 2016, that refers to digital currency as money.

Blockchain technology is currently at a crucial juncture. It has not only captured the imagination of financial liberals who see the technology as an enabler of financial transactions free from banks, but also multinational companies who are hoping to replace outdated management software. Ten years after its basics were laid down by the elusive Satoshi Nakamoto, blockchain is now bound for an exciting year ahead.