Blockchain This Week: RBI Sets Up Blockchain & Cryptocurrency Research Unit, Microsoft To Use Blockchain To Curb Spam Calls, And More

Blockchain This Week: RBI Sets Up Blockchain & Cryptocurrency Research Unit, Microsoft To Use Blockchain To Curb Spam Calls, And More 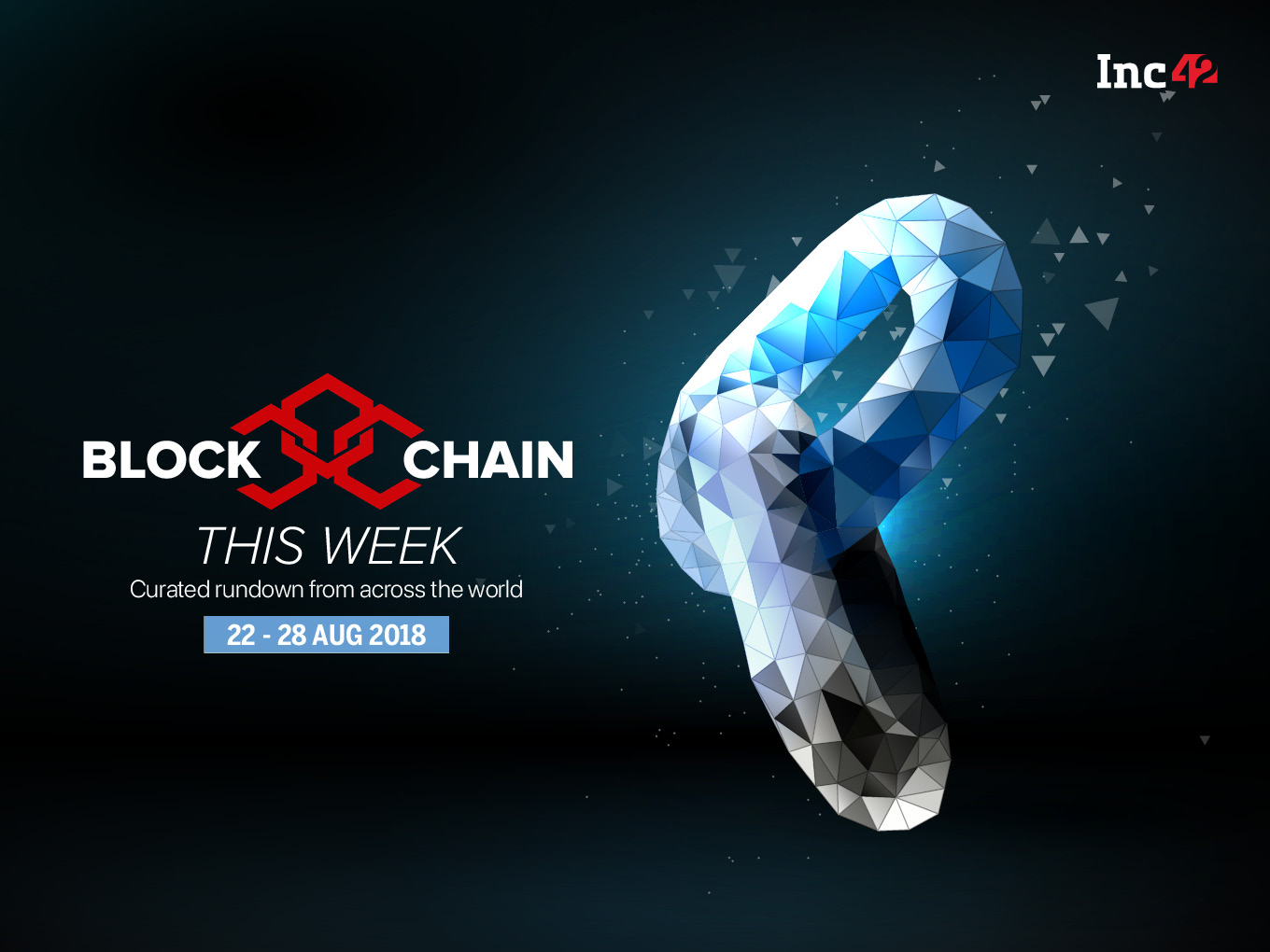 India could be in leadership ranks in adoption of blockchain technology with the right amount of industry and government participation , says a survey by global consultancy firm PricewaterhouseCoopers.

It said that industry leaders will have to define a proper business case for implementation after weighing in the investments made and needed, build an inclusive ecosystem for efficiencies and the rules of engagement and plan for regulatory approaches proactively.

Steve Davies, Global Blockchain Leader at PwC is of the opinion that a well-designed blockchain doesn’t just cut out intermediaries, it reduces costs, increases speed, reach, transparency and traceability for many business processes.

According to EY senior consultant Tanvi Ratna, most of the blockchain-based projects in India might not have moved beyond the proof-of-concept (PoC) stage for some time. FactorDaily quoted Ratna as stating, “Moving away from legacy processes is a challenge. For end-to-end traceability of a process, everything has to be done on the blockchain. Getting the entire process onto the blockchain is a challenging process.”

Sumukh Shetty, founder of Incrypt Blockchain told the Daily that regulations, currently, aren’t blockchain-friendly. He said, “Building the protocol is not the big challenge but driving its adoption is. It’s easier for a consortium or group to adopt a standard rather than an entity or company pushing for adoption. Challenge will always be coordination.”

With there being so much of a buzz around blockchain, Inc42 has launched the Blockchain Technology Report 2018 recently to demystify the hottest technology of the moment. The report, apart from explaining in detail what is blockchain, its types, how it is different from cryptocurrencies, explores various use cases of this high-tech ledger technology across sectors. It also aims to addresses blockchain’s vast scope of applications, specifically exploring opportunities for it in India.

Here’s a curated rundown of important and related developments on blockchain frameworks [August 22-28].

The Reserve Bank of India (RBI) has formed a unit that will research and possibly draft rules and supervise new emerging technologies such as blockchain and cryptocurrency.

Although the Indian government is taking strides towards the use of blockchain — a distributed ledger technology — the RBI has banned banks and payments companies from extending any kind of services to blockchain-based cryptocurrency exchanges.

According to people familiar with the development, “This new unit is on an experimental basis and will evolve as time passes.”

Singapore-based fintech company LALA World has launched a blockchain-and artificial intelligence-based payment app for iOS users in India and the UAE, for utilities-related payment use.

LALA World CEO Sankalp Shangari said, “We launched the iOS version of the LALA World App to ensure that iPhone users in India and UAE get hassle-free access to financial services across multiple geographies. The app’s interface is easy to understand and use while offering high levels of security and efficiency being based on blockchain.”

Microsoft Is Using Blockchain To Curb Spam Calls In India

Microsoft has partnered with IT solutions provider Tech Mahindra to tackle spam calls using blockchain technology in India. The solution is being built on Microsoft Azure Platform and will also utilise cloud services, although the exact technical or product map hasn’t been revealed yet.

“The intersection of cloud and blockchain will ensure a new way of monitoring and enforcing compliance throughout the ecosystem. With Microsoft Azure blockchain-powered solution, we will ensure that we mitigate loopholes used by fraudsters and spammers to reach end users,” Prashant Shukla, National Technology Officer of Microsoft India said.

The platform will purportedly bring all relevant parties onto the same ecosystem, including all telecom operators, legal authorities, users, and even telemarketers. The ecosystem is expected to make obtaining user consent and registering their preferences about marketing calls easier.

The company has partnered with the municipal government of the Chinese city of Wuchang to deploy a consortium blockchain for tracking the entire production process of locally grown rice. Such move is reportedly made in the aftermath of news reports which revealed that rice packages, delivered from the region, were sometimes mixed with rice of lower quality.

As per the deal, Ant Financial will create a tech-powered public ledger that contains unique information for each rice package, along with enabling consumers to access production and logistics information and other details associated with the harvesting, packaging, and transportation of the rice.

Hong Kong is seeking to attract worldwide talents with specialties in innovative technologies including blockchain by introducing a special immigration policy. It has recently released a talent list that covers a range of 11 professions eligible to receive bonus marks while applying for the city’s Quality Migrant Admission Scheme (QMAS).

According to report, one of the areas is dedicated to “innovation and technology experts in, but not limited to, … artificial intelligence, robotics, distributed ledger technologies, biometric technologies and industrial/chemical engineering, etc.”

QMAS is a quota-based entrant scheme. It seeks to attract highly skilled or talented persons to settle in Hong Kong in order to enhance the city’s economic competitiveness. The effort comes at a time when the Hong Kong government is taking the lead in adopting blockchain to boost city’s competitiveness in financial technology.

The Associated Press (AP) has signed a deal with blockchain journalism startup Civil Network — comprising up of 14 startups — to license articles. According to Civil founder and CEO Matthew Iles, the partnership is aimed at ensuring content creators receive credit – both in name and compensation – for the works they produce, Digiday reported.

“When you’re licensing content to a legacy media company, you can pretty well track it. But on the internet, it’s never been easy,” AP senior vice president of strategy and enterprise said.

He added, “When we do contracts with people, we establish their rights to use it, and they’re generally followed. But when it’s published, it’s freely available for people to scrape and cut and paste. It used to be, we just worried about people using it for free.”

World Bank has priced the world’s first public bond created and managed using only blockchain. The bank has signed a $73.16 Mn deal designed to test how the technology might improve decades-old bond sales practices.

The prototype deal, dubbed a “Bondi” bond – standing for Blockchain Operated New Debt Instrument as well as a reference to Australia’s most famous beach – is being viewed as an initial step in moving bond sales away from manual processes towards faster and cheaper automation.

“You’re collapsing a traditional bond issuance from a manual bookbuild process and allocation process, an extended settlement then a registrar and a custodian, into something that could happen online instantaneously,” James Wall, executive general manager at Commonwealth Bank of Australia (CBA) told Reuters in an interview earlier this month.