Blockchain This Week: Mahindra Doesn’t Like Sour Grapes, Happy Holidays And See You Next Year!

Blockchain This Week: Mahindra Doesn’t Like Sour Grapes, Happy Holidays And See You Next Year!

At least 340 UK-based blockchain companies shut down in 2018 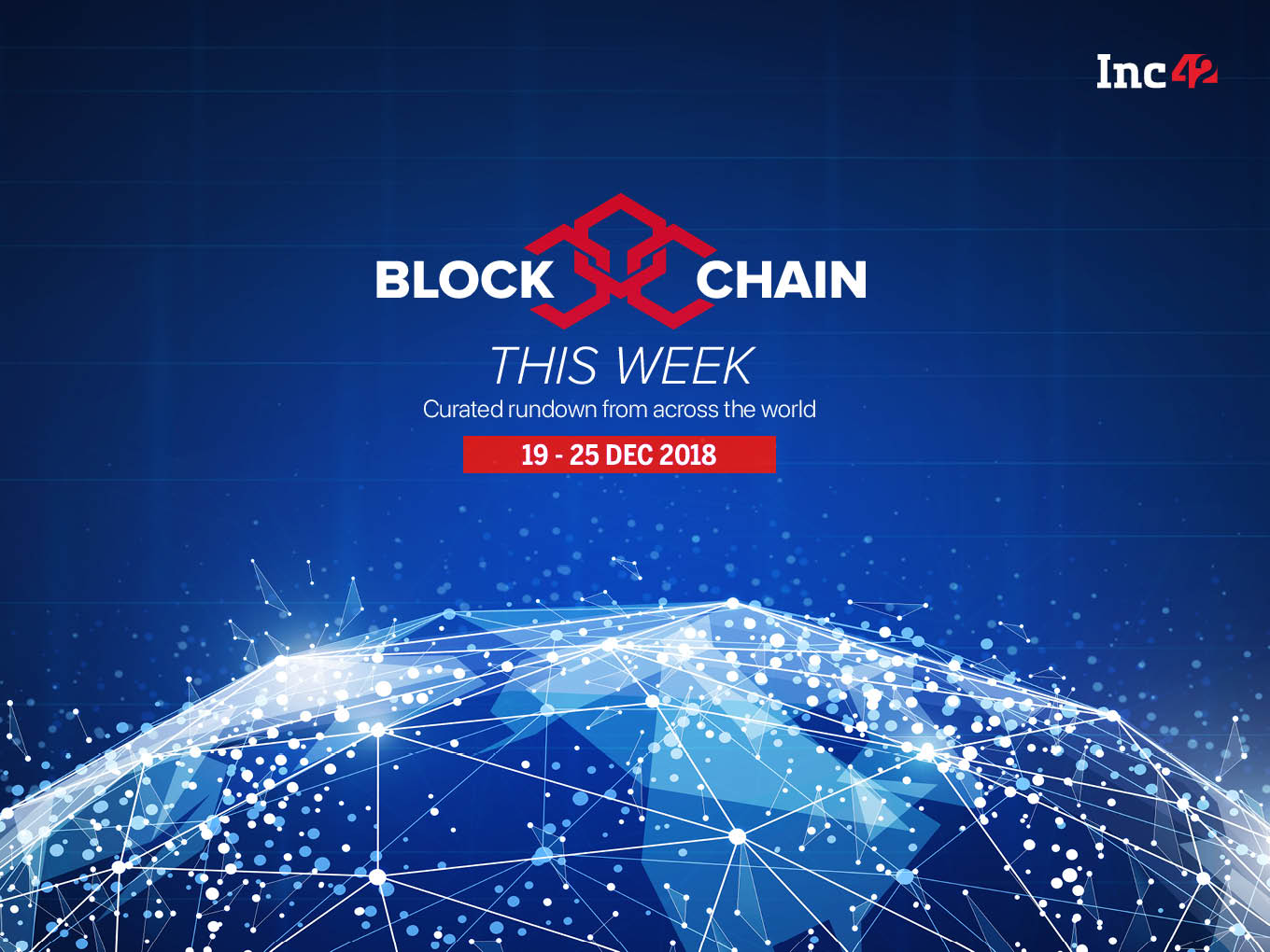 In 1908 Henry Ford released the Model T car and brought conveyor belts and mass production technologies to what was essentially a made-by-hand affair up until then. In less than 20 years, 15 Mn Model Ts were rolled out from its Detroit factory, hand-made automobiles became a thing of the past, and the automotive business moved from a cottage industry to being one of the largest economies in the world.

In 2018, the automotive industry is again gearing up for a radical  shift from internal combustion engines to electric vehicles. This time around, industry heads are counting on blockchain-led manufacturing to act as a disruptive force and give them a competitive edge, according to a new study by the IBM Institute for Business Value in collaboration with Oxford Economics.

A majority of global automotive sector executives believe that blockchain technology will become a disruptive force in the industry within the next three years, according to the IBM study.

The study, which surveyed 1,314 automotive executives across 10 functional areas and 10 countries, including India, however, found that only a small portion of executives said that their business is blockchain ready.

While the technology is still in its nascent stage in the automotive industry, domestic automaker Mahindra & Mahindra has found a rather unexpected use for implementing blockchain as a solution.

Read on to know more about that and more blockchain news from around the world this week:

This move is aimed to dispel concerns of the global market about the transparency of the company’s its supply chain and overall brand image of Indian grape export market, Mahindra reportedly said.

In a bid to edge its way into the rapidly growing Indian fintech space, social media giant Facebook is looking to develop a blockchain technology based on Stablecoin,

The company is developing this technology with a focus on the remittance market in India. The country is ranked first in terms of remittances with non-resident Indians sending $69 Bn (INR 4.84 Lakh Cr) back to India in 2017, according to World Bank data.

The West Bengal government will setup a blockchain centre in partnership with the Indian Statistical Institute (ISI) to impart blockchain technology and advice to industry participants. The announcement was made during the two-day Global Blockchain Congress that was held on December 18 – 19.

The West Bengal government said that it has taken a focussed approach towards leveraging blockchain technology in an effort to establish the state as a frontrunner for the emerging technology.

“Among the financial institutions, almost 50% of the banks are expected to use this technology by 2020,” the state government noted, adding that a huge transformation is expected to take place in the non-financial sector as well, within next few years.

Giving the example of countries like Malta and Estonia, which have benefited from adopting blockchain technologies, the group said that South Korea was ignoring the ‘industrial revolution 4.0’ that can be unlocked through blockchain use.

According to U.K.’s Sky News, at least 340 UK-based companies claiming to be involved with crypto or blockchain were shut down this year. This figure is an increase of 144% from just 139 blockchain-related companies that went bust in 2017. The data shows that over 200 of those companies were established during 2017 and 60% of them closed down between June and November 2018 alone.

It is being speculated that the rise in shutdowns could be an unfortunate result of the crash in Bitcoin price, which has gone down 87% in the year.

That concludes our roundup of blockchain news for the week and 2018 as well. This year will be seen as the year that blockchain truly came into its own as a technology from being sidelined by the crypto-craze that early adopters went for of instead of the decentralised, secure ledger that it actually is.

With that said, from all of us at Inc42, a million thanks, happy holidays and see you in January!