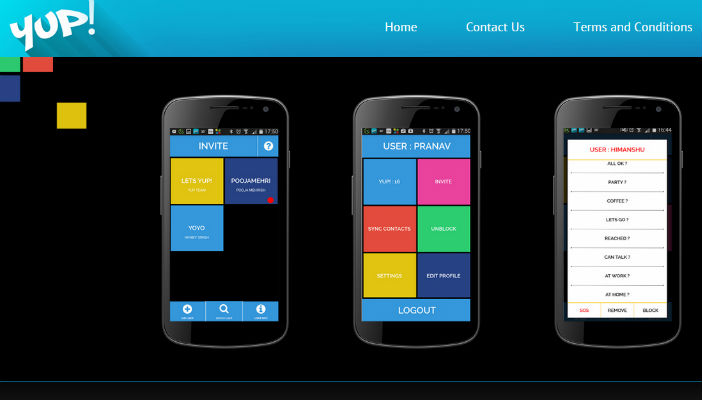 Yup!, a messenger by Gurgaon-based startup Nucleus Research Pvt Ltd, has raised $500,000 in seed funding from renowned names, Arun Khanna who is the chairman of Olive Telecom, and Harsh Khanna, test lead at HTC. It is now looking to raise $10 Mn in Series A round of funding and has appointed Grant Thorton, US-based accounting and advisory firm, to run the mandate.

The said capital will be used for marketing purposes and make the app available in eight languages.

Tushar Malhotra, co-founder of Yup! said, “Yup! is a smart messaging app that can be used to express almost every emotion. The key features of the app include one-click messaging, which essentially translates into urgent paging, besides pre-template messages and opinion polls.”

He further added, “The funding is being used to turn Yup! into a go-to destination to access all kinds of information that are of human interest, with a single click.”

The app has a feature ‘Yup! World’ where it has categories such as video, news, shopping & deals, emergency contacts, love & romance, horoscope, weather, social networking sites, jobs, etc. The firm claims that the app works flawlessly even on low internet bandwidth.

This is the second funding raised by a home-grown IM service after Hike which raised $65 Mn from Tiger Global. The app is competing with Whatsapp and other messaging apps.