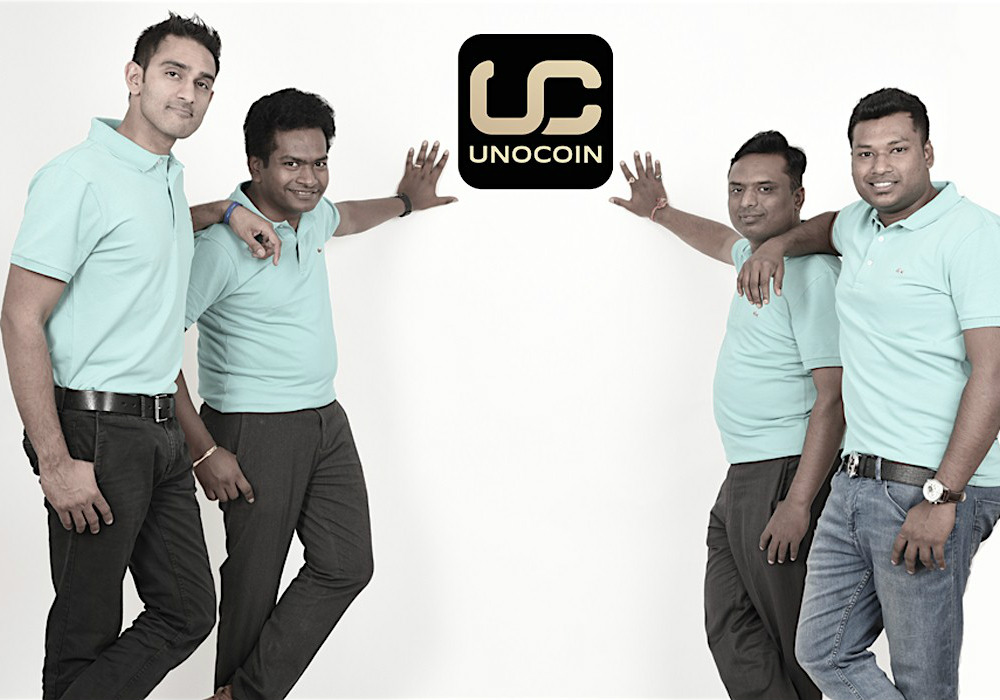 Bengaluru-based Bitcoin startup Unocoin has hit a snag after users complained of unauthorised transactions of the cryptocurrency through their accounts.

The widespread hack came to light on Sunday evening, when multiple users complained of unauthorised transfers of 0.25 BTC from their accounts.

After registering complaints, the startup sprang into action and stopped all pending transactions and blocked access to the website. 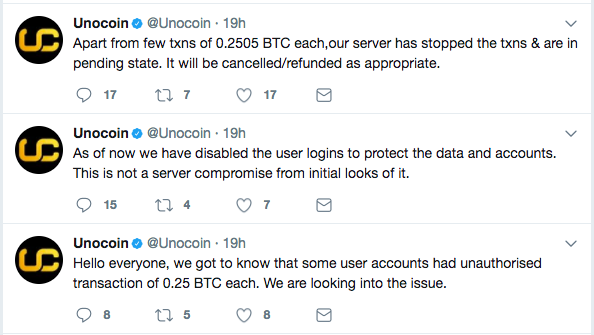 In an official statement, Unocoin said, “We have investigated and this does not a look to be a server compromise. Due to our security protocol, just after a few transactions our server identified the pattern and stopped the subsequent transactions by marking it as pending.”

The company further added that it is working on cancelling the pending transactions. Also, Unocoin has taken the responsibility to refund the few unauthorised transactions that were processed.

Unocoin was launched in 2013 by Sathvik Vishwanath, Harish B V, Abhinand Kaseti and Sunny Ray. The company currently claims to operate India’s largest BTC-INR trading platform. It enables Indians to buy, sell, store, use and accept bitcoin. Unocoin claims to processes transactions worth over $4 Mn (INR 25  Cr) for over 210K customers.

Talking about the incident, co-founder and CEO of Unocoin, Sathvik Viswanath said, “We will soon enable user Logins shortly. The Send feature will be enabled once our security experts feel that it is perfectly safe to do so. Rest assured, we are working round the clock to fix the issue and resume to normalcy.”

India had a delayed entry to the Bitcoin market, but a number of startups have opened Bitcoin exchanges in India. This made it easier to buy bitcoins in Indian rupees. Other players in the bitcoin space that compete with Unocoin include Coinsecure and Zebpay.