Unrestricted entry of such companies into deposit booking and mutual funds will create operational risks as well as adversely impact the financial stability of the country, stresses top cyber law and legal expert Virag Gupta

The RBI has already said that with the entry of Big Tech, concerns have intensified around a level-playing field with banks, operational risk, too-big-to-fail issues, challenges for antitrust rules, cyber security and data privacy 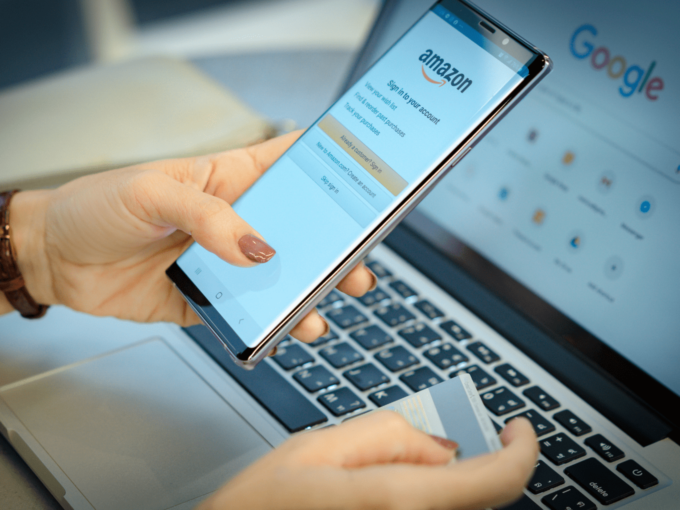 With Amazon Pay, Google Pay and WhatsApp Payments striving to gain a bigger pie of the burgeoning Indian financial services sector, a larger scrutiny awaits the Big Tech companies, at a time when homegrown startups continue to challenge their global hegemony and drive the digital/financial payments industry, bringing millions into the mainstream amid the “new online normal”.

With deep pockets and top legal resources, Big Tech, however, is not going to give up easily. Hence, the regulatory and anti-competition bodies like the Reserve Bank of India (RBI), The Securities and Exchange Board of India (SEBI) and the Competition Commission of India (CCI) have a greater onus on their shoulders to ensure level-playing field for homegrown financial services startups, according to experts.

According to recent data from the RBI, the volume and value of credit card transactions in the country stood at 15.8 Cr and INR 59,150 Cr, respectively.

With Google Pay and Amazon Pay entering the country’s financial services sector with launching deposit booking services with third-party banks for their customers in the country, legal experts have flagged concerns around level-playing field for domestic startups, banks and other operational risks.

According to New Delhi-based cyber law and legal expert Virag Gupta, tech giants like Google, Amazon, Facebook, Apple and Microsoft, due to the monopoly of data and pumping of funds from parent companies, are able to control crucial sectors of ecommerce, credit card, insurance and digital payments services.

“Unrestricted entry of such companies into deposit booking and mutual funds will create operational risks as well as adversely impact the financial stability of the country,” Gupta told Inc42.

“For such new-age business operations, India lacks laws and a proper regulatory network. The RBI and the country’s top regulator SEBI must take strict action to enforce existing rules on tech giants to ensure level-playing in crucial sectors of the Indian economy,” he stressed.

When we look at the total funding in the fintech ecosystem in the country, it was $7.1 Bn (from January 2019 till the first half of 2021) across 375 deals, according to Inc42 Plus data. Currently, only 30-40 Mn of the 795+ Mn internet users in India have access to quality investment products, hence there lies a huge opportunity for the startups.

Amazon Pay, eyeing deeper inroads, has announced to partner with investment platform Kuvera.in, through which its customers in India will be able to invest in mutual funds and fixed deposits.

Amazon has so far invested over INR 1,150 Cr in its Indian digital payments business, The funding for Amazon Pay came from Singapore-based Amazon Corporate Holdings Private Limited and Mauritius-based entity Amazon.com.incs Limited Company, according to reports.

The move came within days of its rival Google Pay launching a similar service with Equitas Small Finance Bank for allowing its users to book deposits. Google aims to invest $10 Bn in India over the next five to seven years as the search giant looks to help boost adoption of digital services in the India market.

Following Google Pay’s announcement, reports surfaced that the deal between Google and the bank is under RBI’s close watch for its implication on the financial landscape in the country.

When reached out, Google Pay India directed Inc42 to a blog post that came out last week, which says that in every geography where Google Pay is present, “our stance is consistently one of partnering with the existing financial services and banking systems to help scale and enable frictionless delivery of financial products and services and contribute to the goal of financial inclusion”.

According to Sajith Sivanandan, Business Head, Payments and NBU, Google APAC,  there have been a few instances where the offerings have been reported as ‘Google Pay’s offerings’ which fuels misinterpretation.

“To be clear, we have always looked at our role firmly as a partner to the existing financial ecosystem, that brings unique skill sets and offerings to drive further adoption of digital payments in the country,” he said in the blog post.

“The success of UPI and digital payments in India have opened many new opportunities for the financial services industry to partner deeply with fin-tech players in the country, and we are encouraged by the progressive and tech-positive approach of the regulators to drive greater financial inclusion,” Sivanandan emphasised.

The central bank has already flagged several concerns on the entry of Big Tech in the country. The RBI’s ‘Financial Stability Report’ for July noted that Big Tech offers a wide range of digital financial services and has a substantial footprint in the payment systems, crowdfunding, asset management, banking and insurance of several advanced and emerging market economies.

While this holds the promise of supporting financial inclusion and generating lasting efficiency gains, including by encouraging the competitiveness of banks, some important policy issues arise.

“Specifically, concerns have intensified around a level playing field with banks, operational risk, too-big-to-fail issues, challenges for antitrust rules, cyber security and data privacy,” said the RBI, which is busy taking fresh measures to protect the customers’ card data at the end of merchants and payment aggregators.

The central bank’s report said that Big Tech presents, at least, three unique challenges, with the first being that they straddle many different (non-financial) lines of business with sometimes opaque overarching governance structures.