Bengaluru-Based Flam Raises $3.5 Mn In Seed Round Led By Silicon Valley Quad & Others

Bengaluru-Based Flam Raises $3.5 Mn In Seed Round Led By Silicon Valley Quad & Others

Inventus Capital Partners SV, and 9Unicorns, Kwaish Ventures and several angel investors participated in the round

The company will utilise the fresh capital infusion to fuel growth, drive AR adoption and expand its product into international markets. 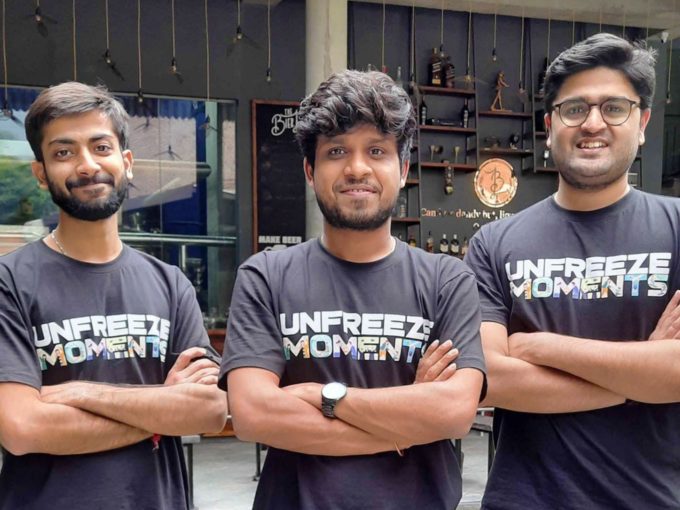 Bengaluru-based AR powered social media networking platform Flam announced to have raised a seed round worth $3.5 Mn led by Silicon Valley Quad, Inventus Capital Partners SV, and 9Unicorns, and Kwaish Ventures. Several angel investors also participated in the round. The company will utilise the fresh capital infusion to fuel growth, drive AR adoption and expand its product into international markets.

In a conversation with Inc42, Agarwal who is the cofounder and CEO of the company described the final product of the company as live photos that can be seen on Harry Potter movies.

Further explaining the product he said, a user can upload a recorded video to Flam servers, mention the duration of the video he/she wants to augment the video to the FlamCard and choose a thumbnail – a picture that will be on the FlamCard– and provide the address where the card needs to be delivered. Once the FlamCard is delivered, a user through the Flam app installed on the phone can scan the photo and see it come to life with audio. At present there is no bar on the duration of video that can be embedded to the FlamCard but the company advises to trim the video to 30-45 seconds.

What Is Powering Flam?

On the technology front, the company relies on perception engineering, computer vision, simultaneous localisation and mapping (SLAM), and graphic eEngineering. At present the videos uploaded are stored in Amazon S3, a service offered by Amazon Web Services. The company has also implemented end-to-end encryption, where the data will remain on the users’ phone instead of a server.

As per Agarwal, there are three critical steps that go behind scanning FlamCard and producing an error free video.  First is recognising the image in real time, second is augmenting video on image and the third part is tracking the image, meaning when you move the image or camera, the video will continue to play inside the area of FlamCard.

Agarwal claimed that the company can produce up to a 1 Bn FlamCards. However, when asked about the number of FlamCard printed, he chose not to comment. He said, “The number of printed FlamCards is not as important as knowing that a single printed FlamCard will be accessed by the public at a busy cafe. This means millions of people will interact with it and we are happy to extend AR adoption to these users.”

He said the number that is important to the company is the number of camera interactions that users have done through the Flam app. The company boasts that in the past three months, Flam app has seen a total of 40 Mn camera interactions, meaning people have scanned 40 Mn times through Flam app. The company further chose not to disclose the number of users, but said that they have delivered FlamCard to around 600 cities in the country. The Flam app has over 100,000 downloads on Google Play Store and Aggarwal said its targeting GenZ and millennials.

Aggarwal said that several new features will be seen on the Flam app such as Flam Rewards (to gamify the AR camera scans), FlamStories (change video on FlamCards), FlamGhost (a hidden photo/video on a blank FlamCard that is only visible to the recipient), Flam 3D filters and privacy controls (controls who can see your media). Agarwal said that the team is also working on projects which will not require FlamCards and users can watch something directly through a camera lens through AR. Over the past couple of years mobile AR users have been growing thanks to Snapchat and Pokemon Go which were massively  adapted and became a first time experience into the world of AR for many.

According to a recent report by Statista, the number of mobile AR users is expected to touch more than  800 Mn and is anticipated to grow to 1.73 Bn by 2024. The AR market is believed to cross US $61.39 Bn by 2023, in comparison to the $2.39 Bn in 2016. AR at present is used in video games, live events, healthcare, realestate, defence, education, and others.