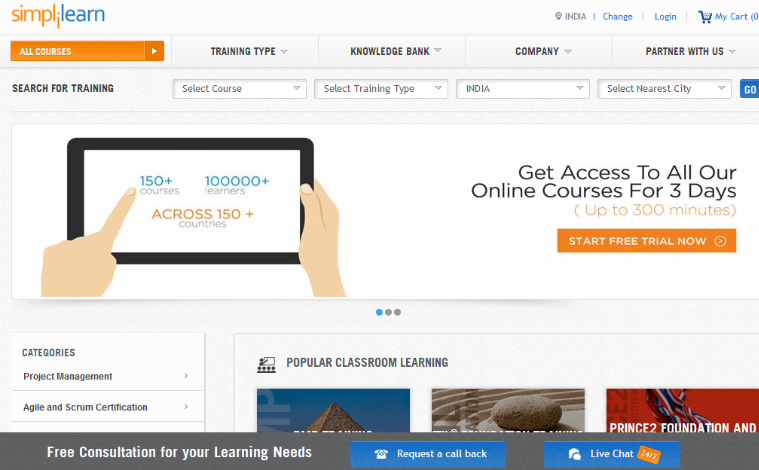 According to reports, Mayfield has put in half the invested amount, Helion has invested INR 25 Cr., while Kalaari put in INR 20 Cr. Simplilearn’s premoney valuation was about INR 400 Cr. according to a person with knowledge of the deal.

Simplilearn had previously raised $10 Mn in 2013 from Helion venture Partners and Kalaari Capital in Series B round. Prior to this, Kalaari had invested an undisclosed amount in 2012.

“The numbers for Simplilearn has been amazing. The international business is doing well over the last few quarters. It has seen exponential growth, and the market is very large, which is why investors are looking to tap in,” said a person directly involved in the deal.

The six-year-old startup, launched by Krishna Kumar is one of the world’s largest players in online professional certification space, training about 10,000 new users every month.

According to the company, it has trained about 2 lakh users and conducts 500 unique classes every month in over 150 countries around the world, and is poised to expand its existing portfolio of 80 courses across 11 categories.
Recent deals in this space include IDG Ventures India Fund II and Kalaari Capital Partners II investing INR 18 Cr. in Bangalore-based Aurus Networks, Hyderabad based SkillPro raising INR 18.3 Cr. from the National Skill Development Corporation in debt funding, Unitus Seed Fund, investing in two education startups i.e. Curiositi and Cue Learn.

According to Global Information Inc., the Global Market for eLearning is set to reach $169 Bn by 2018.