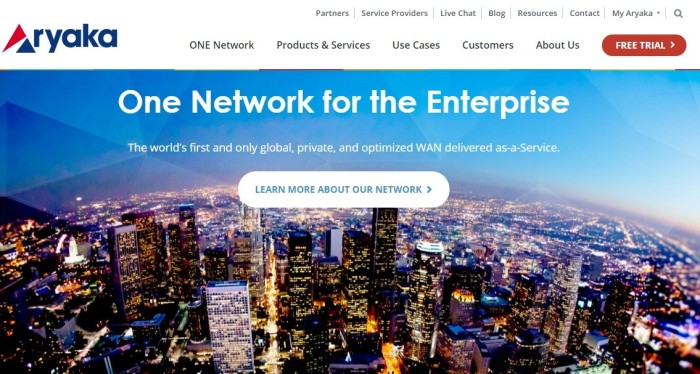 Aryaka plans to use the infused funds to scale up its sales infrastructure as it has seen rapid demand for its family of network and application acceleration as a service offering. The company is already delivering solutions to 3,000 customer sites across 300 cities in 50 countries.

Ajit Gupta, founder and CEO at Aryaka said that the funding will help the company support large global partners, who are excited about adding Aryaka’s capabilities to their traditional WAN offerings. “We are positioned to achieve faster market growth and sustained profitability”, he added.

Bangalore-based, Aryaka was founded in 2008, by Ajit Gupta, Rajeev Bharadhwaj and Ashwath Nagaraj. The startup offers Aryaka ONE, an integrated platform to address all WAN needs, including optimised connectivity of geographically dispersed offices, application delivery and cloud networks. Its esteemed clientele include InMobi, NTT Data, Aruba and Avaya.

Aryaka has recently expanded its global network with the addition of new Points of Presence (POPs) in Los Angeles, Miami and Dubai (UAE). Prior to this, the company had raised $14 Mn Series A round of funding from Nexus Venture Partners, Trinity Ventures, Mohr Davidow Ventures and Stanford University followed by $15 Mn Series B round of funding, led by Nexus Venture Partners. Further its Series C funding incurred $25 Mn from InterWest Partners and Presidio Ventures along with existing investors.