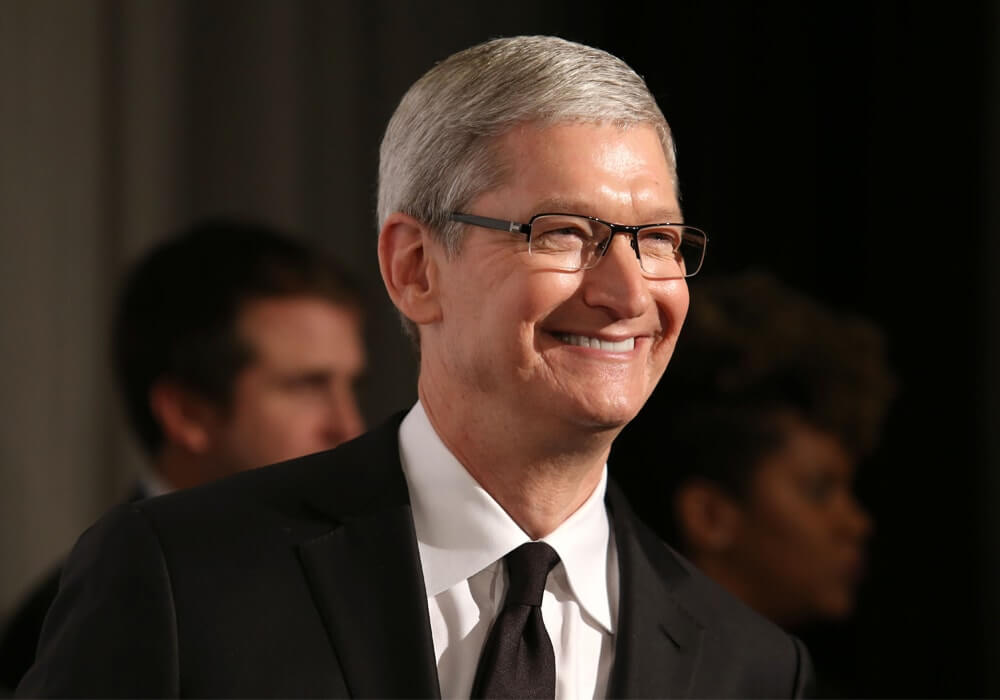 At Present, Apple Holds 2.5% Share In The Indian Smartphone Market

A report by Forrester expects the global mobile user populace to touch 5.5 Bn by 2022, with India leading the growth. Recognising this scalability and growth, global premium smartphone maker Apple has plans to bring all its initiatives to India and CEO Tim Cook wants to scale up the company’s shares in the Indian market.

As per reports, while answering the analyst’ queries during its Q2 2018 earnings call, Tim Cook said, “India is the third largest smartphone market in the world. There are huge opportunities for us in India and we have an extremely low share in that market overall.”

Apple reportedly plans to open its first retail store in India, which has been facing several roadblocks including adhering to local sourcing norms set by the Indian government. The demands for some concessions from the government to expand local manufacturing are yet to be met.

At present, iPhone SE is made in India for Apple by contract manufacturer Wistron in Bengaluru, and at the same time, trial runs of locally built iPhone 6s Plus handsets have started.

Recently, Apple announced this year’s March quarter results with a revenue of $61 Bn, up by 16% as compared to the previous year and also showcased a net income of $13.8 Bn, driven by the sale of iPhones, services and wearables.

Going ahead, the company intends to bring all its initiatives to the Indian market including retail, as it sees a big opportunity in the South Asian nation. With more people moving to the middle class over time and millions of feature phone users upgrading to smartphones, the Indian market offers a huge opportunity that Apple is yet to cash upon.

“And so we’re putting a lot of energy there (in India) and working with the carriers in that market and they’re investing enormously on LTE networks and the infrastructure has come quite a way since we began to put a lot of energy in there, because of their leadership,” he said.

At present, Apple holds only 2.5% share in the Indian smartphone market at the end of December 2017 period and is continuously losing its share to Samsung and OnePlus in the country, as per a  CounterPoint report.

Are Apple Initiatives Enough To Conquer The Indian Smartphone Market?

Experts believe that for Apple to gain market share in India, it will have to cut its price which it cannot as it will then lose aspirational value for which it charges the premium.

So far, in India, Apple has partnered with Reliance Jio, Bharti Airtel and others that provide 4G services to bundle data services with free voice on the smartphone, along with providing cash back offers to boost sales. The earnings call has also claimed that the India focussed initiatives have served Apple well and the company recorded a net profit of $56.06 Mn (INR 373.4 Cr) which is 44% higher for the financial year end i.e. March 2017, and the total income was $1.75 Bn (INR 11,704.5 Cr), up 17% as compared to the previous year.

Even though the results were low from the preceding five years, CFO Luca Maestri said during the earnings call that the revenue growth in the March quarter was a “very strong 20% for year on year basis in emerging markets such as India, and is almost at par with the 21% year-on-year growth in the Greater China region, the highest in the last 10 quarters.”

Also, Apple claimed that it has sold 4.1 Mn computers, beyond iPhones, generating y-o-y growth in many emerging markets including India.

Taking Its Chances In The Growing Indian Smartphone Market

A Quarterly Mobile Phone Tracker report by research firm IDC (International Data Corporation) revealed that Chinese players including Xiaomi, Vivo and Oppo have taken a 54% share of the smartphone market since their entry in 2013 in India.

Another report by Canalys says India has now overtaken the United States to become the world’s second-largest smartphone market after China. Samsung and Xiaomi, which shipped 9.4 Mn and 9.2 Mn units respectively, accounted for almost half of the total market as the top five vendors continued to post strong growth in Q3 2017.

As per a Morgan Stanley report, India is the world’s fastest-growing smartphone market growing at 23% CAGR. A report by Groupe Speciale Mobile Association (GSMA) expected India to have over 5.7 Bn mobile phone users and 340 Mn smartphone users in 2017.

As per an August 2017 report, it is expected that by 2020, 96% of the mobile phones sold in India will be Made in India and the Indian Smartphone manufacturing industry would be worth $18.4 Bn (INR 1,20,200 Cr). With aspirations to increase its share in the Indian smartphone market, Apple under Tim Cook has to address various issues to scale up its portfolio for price-sensitive Indian customers amid Make In India requirements too.