The content of each partner will be available with add-on subscriptions to Prime members in India between INR 299-INR 1,999 per year

Dubbed as Prime Video Channels, Amazon’s new over-the-top (OTT) play will act as an intermediary between customers and other OTT players 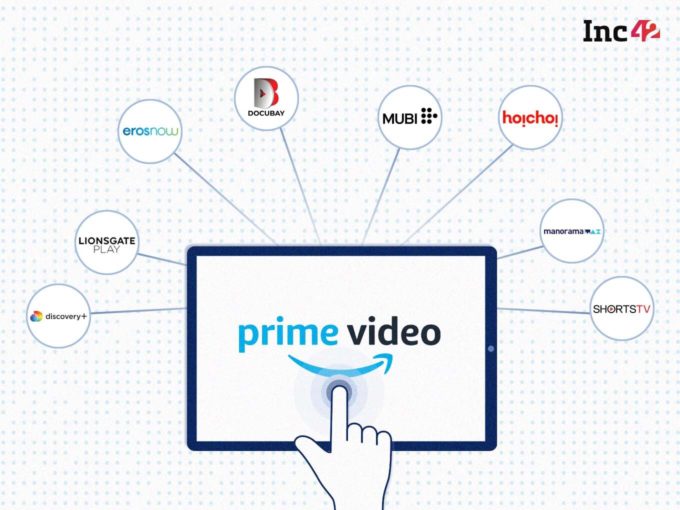 In a statement, Amazon said that there will be a single billing mechanism, a consolidated watch list and download library for offline viewing, and one login ID, for all the apps brought together under one roof — on the Prime Video app and website.

“Prime Video Channels arrives in India after having successfully launched in 11 countries,” he said. The service is currently available in the US, the UK, the European Union, Japan, Brazil, Canada and Spain, among others.

Unlike bundling of services, the content of each partner OTT will be available with add-on subscriptions to Prime members in India between INR 299 – INR 1999 per year. “Additional channel partners will join in the next few months,” Divan added.

A Paradigm Shift In The Indian OTT Space

Since the pandemic and the consequent national lockdown in March 2020, India has witnessed significant growth in the usage of OTT (over-the-top) platforms, emerging as a huge competition to the movie theatre as well as television industry.

According to an Inc42 Plus DataLabs Report titled “India’s OTT Market Landscape Report 2020”, the time spent by an average Indian on digital platforms has increased significantly, where the content consumption across most platforms, including OTT, podcast, gaming have witnessed an average increase of 30-60% since March 2020.

With the recent Zee and Sony merger, and a probable merger of their respective OTT platforms Zee5 and SonyLiv, and now, Amazon venturing into “add-on subscription” model, the OTT market in India is headed towards disruption led by content offerings, consumer preferences, vernacularisation, the addition of music streaming platforms and kids OTT platform.

A September 2019 report by KPMG predicts that India will have more than 500 Mn online video subscribers by FY2023. This would make it the second-largest market after China.