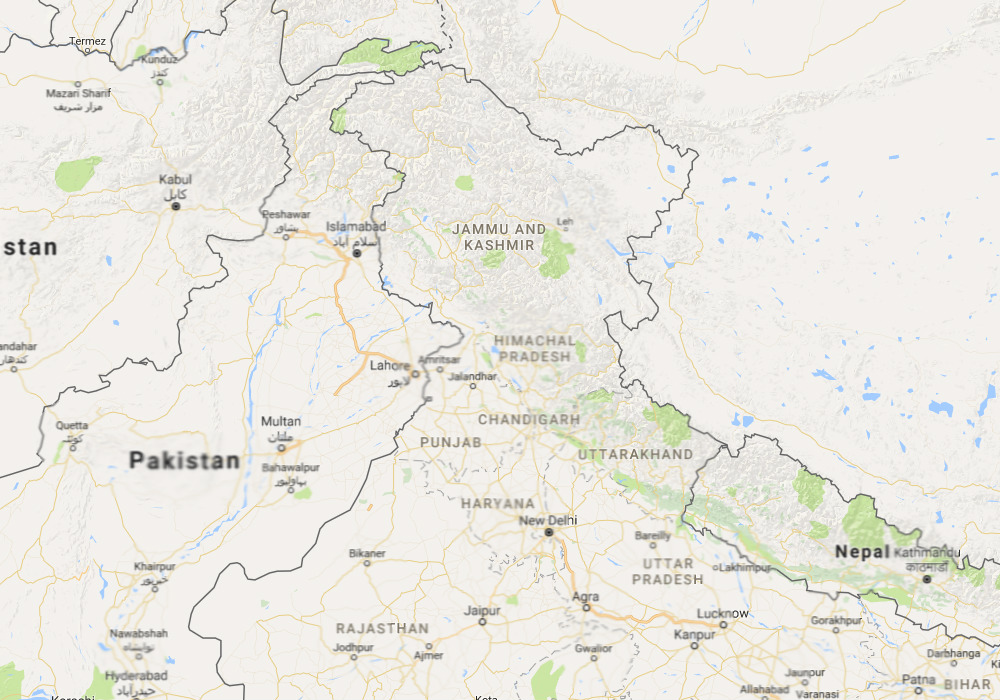 In January 2017, Indian Foreign Minister Sushma Swaraj reportedly asked ecommerce giant Amazon to apologise for insulting the country’s National Flag. The demand came in after a Twitter user shared that the company’s Canadian unit was selling doormats bearing the likeness of the Indian flag.

Now, after a few months, the Canadian portal of Amazon is in hot water yet again for the wrong depiction of Indian map. On May 6, 2017 BJP Delhi spokesperson Tajinder Pal S Bagga sent out a tweet to Amazon stating that its Canada unit “is selling a distorted map of India. Its unacceptable. Remove this from ur website & stop selling immediately. (sic)”

The product in question here is a vinyl wall sticker map sold on the Amazon Canada marketplace. The map does not show the correct boundaries of Jammu and Kashmir. The product is retailed by DIYthinker for CDN $25.35 (approx. INR 1,195).

In May 2016, the government introduced a punishment for wrong depiction of the Indian map. The move was against the backdrop of certain social networking sites showing J&K and Arunachal Pradesh as part of Pakistan and China respectively.

The draft of the Geospatial Information Regulation Bill stated that a wrong depiction of the map of India could land the violators in jail with a maximum term of seven years and a fine up to $15.5 Mn (INR 100 Cr).

At the time of the January incident, Cabinet Minister Sushma Swaraj had threatened the company with dire consequences. Amazon was notified to withdraw all such products. In case of failure, Swaraj threatened to stop issuing visas to the company’s employees and cancel those already granted.

A day later it came to light that Amazon India Head Amit Agarwal apologised to the minister on the issue of selling the Indian flag themed doormats in Canada. The ecommerce retailer also pulled down the product from its Canadian unit.

However, it has been a couple of days since the BJP spokesperson Bagga raised his concerns and no action has been taken so far by the ecommerce marketplace. The two customer reviews of the product also point out that the sticker depicts the wrong map and should be taken down. The sticker is still available for sale.

An email sent to Amazon awaited response at the time of publication.