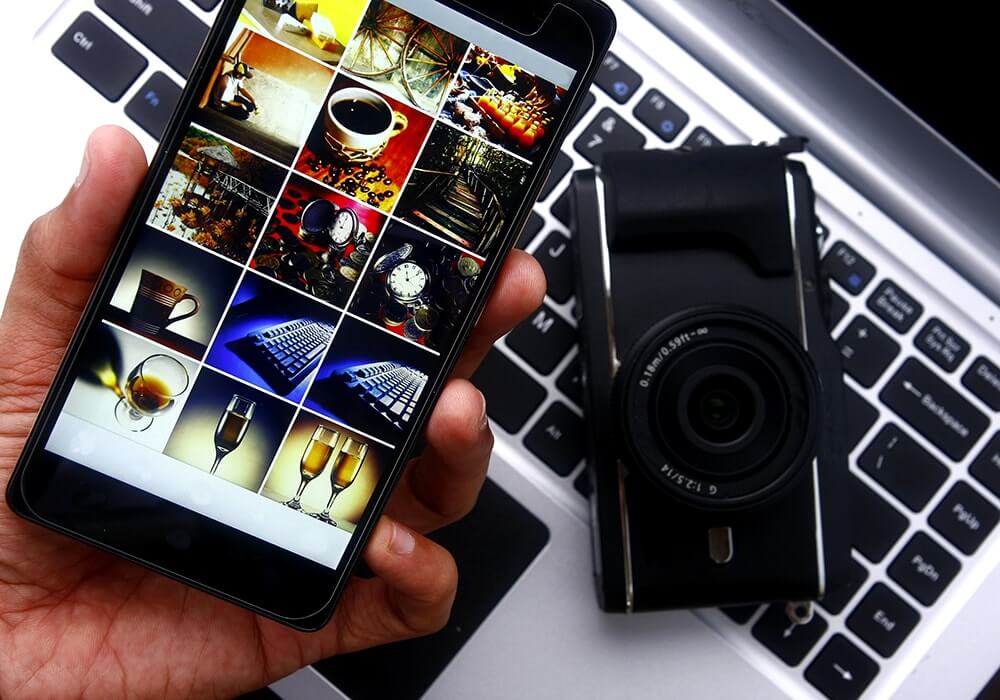 Amazon India is trying to leave no stones unturned to grab the attention of the Indians, especially in the aftermath of its rival Walmart stepping into the fray – in the Indian ecommerce industry.

The ecommerce giant today announced the launch of Shutterbug, an online community for photographers that offers photography tips and tutorials, courses, video content along with engagement opportunities with renowned photo mentors, and will also hold photo competitions.

An Amazon India spokesperson told Inc42 that Shutterbug will avail the facilities for both high-end digital camera users along with smartphone users.

On the launch, Category Leader (Consumer Electronics) of Amazon India, Jonathan Burks, said, “Shutterbug has been designed with an objective of helping photography enthusiasts indulge in their passion. We will be facilitating interactions with leading brands and stalwarts of the industry.” 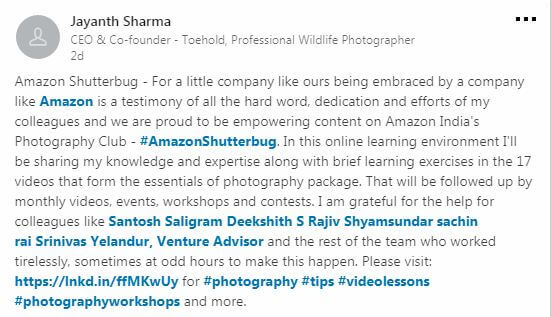 Most recently, Amazon India expanded its footprint in India’s Handloom Industry, having joined hands with Weavesmart – an online handloom store supported by the Government of India. The partnership allows access to top-quality handloom and handicraft items of weavesmart to the Amazon customers. The handloom products export at $357.53 Mn in FY 2016-2017.

With the increasing popularity of social media like Facebook and Instagram, people around the globe are turning into prolific photographers. Thanks to the emerging camera technology installed in the smartphones. According to a report by InfoTrends, in 2017, it projected a total of 1.2 Tn digital photos to be captured, of which 85% were believed to be captured on smartphones, as compared to 1.1Bn in 2016.

India has positioned itself well to rank at the top-20 smartphone markets globally. According to the IDC Quarterly Mobile Phone Tracker, the Indian smartphone market witnessed 14% annual growth with a total shipment of 124 Mn units in 2017. Of which, homegrown ecommerce major Flipkart sold half of the total smartphones sold online in India, whereas, Amazon sold 33%, says a report by Counterpoint Research.

The penetration of digital cameras has, however, declined over the years, dropping from 121.5 Mn in 2010 to an estimated 13 Mn, according to Camera and Imaging Products Association.

Giving a stiff competition to Walmart-Flipkart, Amazon India’s new initiative to bring photographers on one platform via Shutterbug is indeed a good news for photography lovers. It may as well announce a great deal on its smartphones and digital cameras sold online.