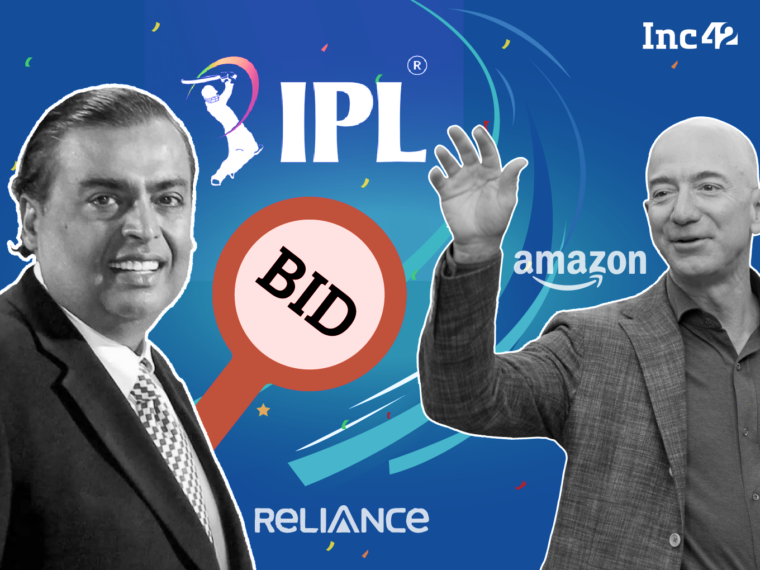 Amazon’s exit will leave Mukesh Ambani’s Reliance Industries, Disney, and Sony among the major players in the fray to get media rights for IPL

Amazon.com is reportedly planning to withdraw from the race to get the rights to stream the Indian Premier League (IPL) cricket matches, leaving the ground open to its rivals such as Mukesh Ambani’s Reliance Industries, Disney, and Sony India.

Earlier this year, the US-based ecommerce giant, which also runs streaming service Amazon Prime Video, had taken its battle with Indian competitor Reliance Industries into the OTT space as well for the telecast rights of IPL, one of India’s largest sports events.

Reliance Industries, which owns the Network18 group of channels, and Amazon were expected to fight along with other rivals for an exclusive five-year (2023-2027) TV and digital broadcast rights of the IPL matches.

People aware of the development told Bloomberg that Amazon has already invested more than $6 Bn in India, and more spending just for the online streaming rights for the marquee cricket league doesn’t make any sense from its business point of view.

Amazon did not immediately respond to Inc42’s queries on the issue.

As per an earlier report by Bloomberg, Amazon was initially determined to score a victory in the fight for streaming rights of the IPL.

The retail giant has already spent millions of dollars on European soccer rights, and has signed a deal to broadcast Thursday Night Football in the US at $1 Bn a season until 2033.

Right now, Reliance, Disney and Sony India, which has decided to merge with Zee Entertainment, are expected to fight to win IPL’s streaming rights, while the total bid value could reach as high as INR 600 Bn ($7.7 Bn) given the current competition.

Reliance is expected to give a tough fight as its broadcasting arm Viacom18 recently secured nearly $1.8 Bn of investment from James Murdoch and former Star India Chairman Uday Shankar.

During the last bidding in 2017 to get the rights for broadcasting IPL matches for 5 years, Disney Star (then called Star India) had emerged as the winner with a bid of INR 16,348 Cr.

For the first time, the Board of Control for Cricket in India (BCCI) will be auctioning IPL’s broadcast and streaming rights separately.

The cricket tournament is one of India’s most famous sporting events that attracts a significant viewership. As many as 380 Mn people watched the 2021 edition of the cricket event.

The Tata IPL 2022 was the 15th edition of the tournament which made its debut in 2008. A large number of startups partnered with the IPL this year to ride on its popularity in the cricket-crazy nation. As many as 29 startups, including the likes of Paytm, CRED, Unacademy, Dream11, Swiggy Instamart, and BookMyShow, were sponsors and partners this year.