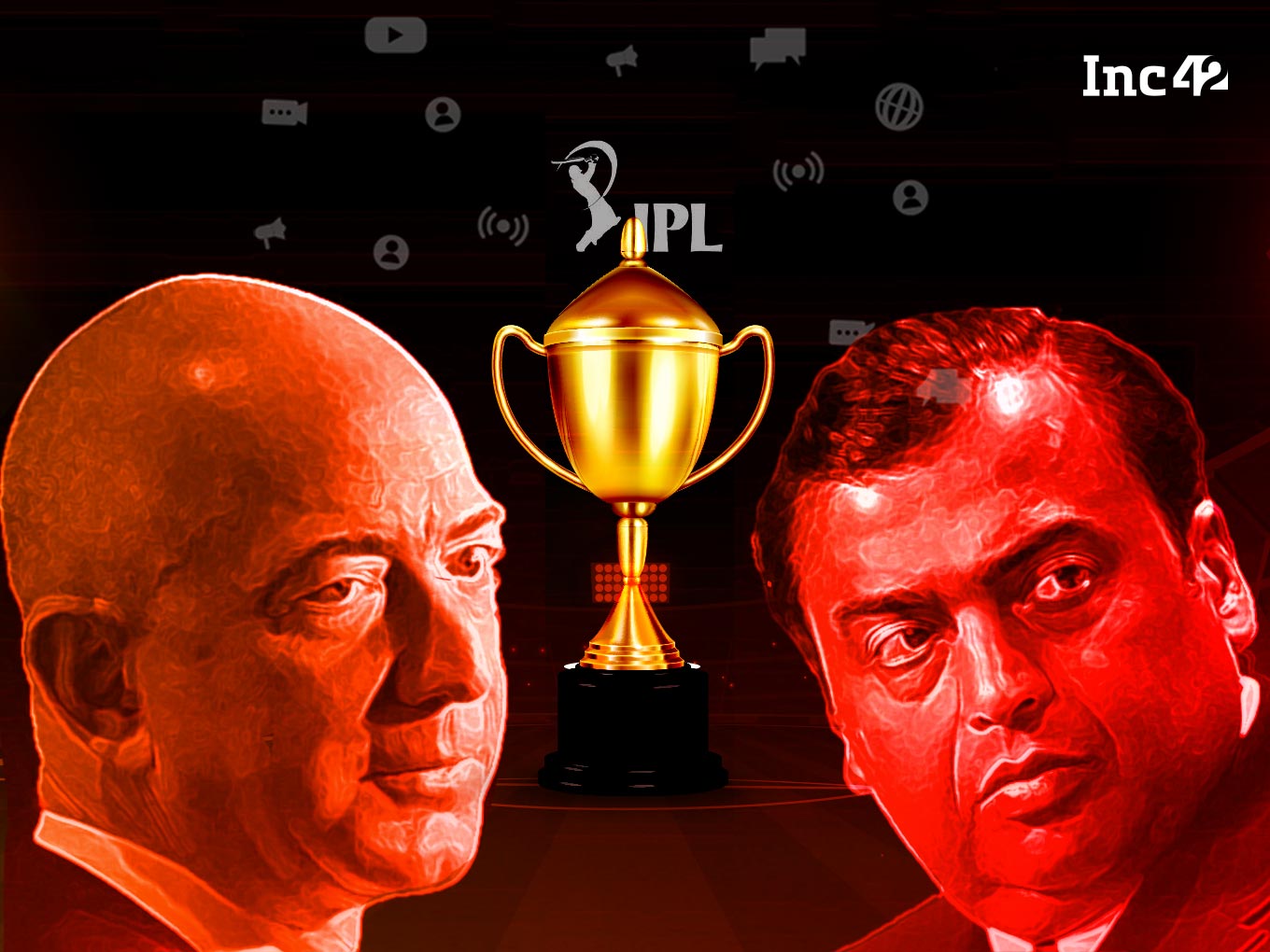 Jeff Bezos’ Amazon and Mukesh Ambani’s Reliance have taken their rivalry beyond the ecommerce segment, now into the OTT space. The retail giants will be battling for the telecast rights of one of the most anticipated sports events: India’s premier cricket league, i.e the IPL.

Amazon and Reliance Industries are expected to take on Sony India and Disney India for exclusive five-year TV and digital broadcast rights of the two-month series of matches, at a cost that could run to a record INR 50,000 Cr ($6.7 Bn), Reuters reported.

It is interesting to note that while Reliance owns the Network18 group of channels (Colors, ETV, MTV India) on the TV and JioTV in the OTT space, Amazon will reportedly partner with Sony for the TV space and broadcast on Prime Video in the OTT space, if it wins.

Reliance is also in talks with global investors to raise up to $1.6 Bn for its broadcasting joint venture, Viacom18. It recently also bought the broadcasting rights for the Spanish La Liga and set up a sports channel. On the other hand, Amazon recently started live streaming of cricket matches with the Indian and New Zealand Women’s Cricket Teams match in February 2022.

Further, to maximise revenue, the Board of Control for Cricket in India (BCCI) will reportedly sell OTT streaming and TV rights separately.

Presently, Disney-owned Star India, one of the top IPL broadcasters, and Sony+Zee have paid INR 16,348 Cr for the digital and television rights until 2022.

Started in 2008, Sony India had TV telecast rights of the IPL until 2017. Later Star Network simultaneously won the bid until the 2022 edition.

With the boom in the OTT space, Disney+Hotstar won the OTT streaming rights for the period between 2015 and 2022.

All of their contracts will expire in 2022.

The league’s matches reached 350 Mn viewers during the first half of the 2021 season alone. In its 2020 IPL season, Disney+ Hotstar added nearly 10 Mn subscribers during the quarter.

With the world going increasingly digital post-Covid, the win for the rights of the Super Bowl-equivalent Indian Premier League (IPL) will be a feather in the cap for whoever wins the telecast and streaming rights.

Amazon and Reliance are already locked horns in the courtroom battle over the acquisition of assets of Future Group, another big Indian retailer.