AIB Is Accused Of Posting An ‘Insulting’ Image Of PM Modi 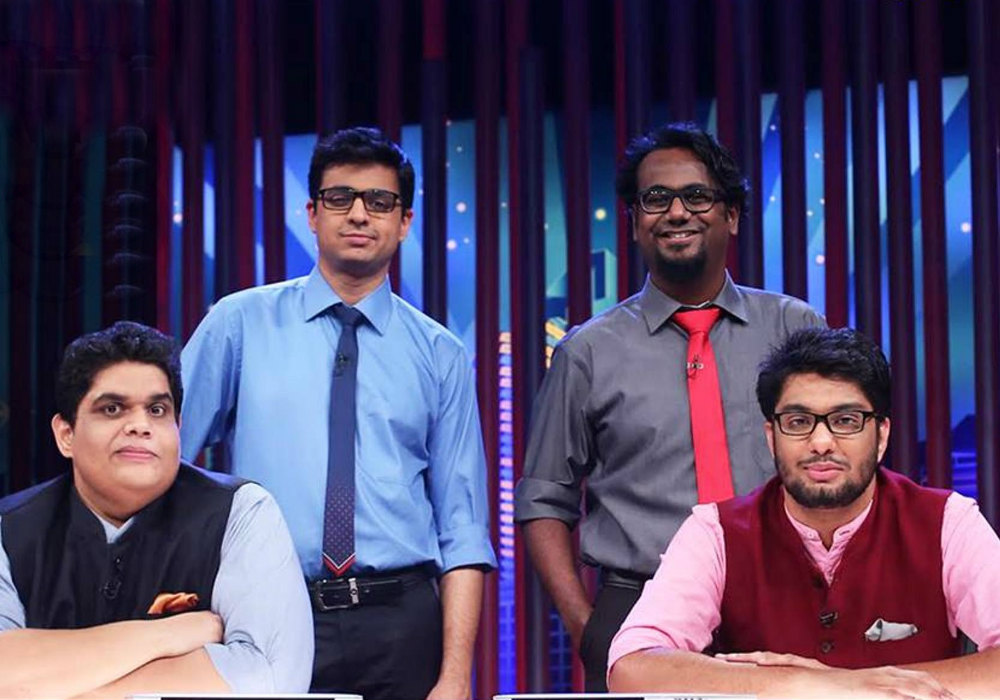 The FIR was registered under section 500 (Defamation) of IPC and 67 IT Act (Punishment for publishing or transmitting obscene material in electronic form). It was filed at the Bandra-Kurla Complex, Cyber Police station.

The punishment for this offence is up to three years in jail, besides a fine of about $7,755 (INR 5 Lakhs). According to the police, the FIR or First Information Report was filed by the cyber cell after “due legal consultation.” 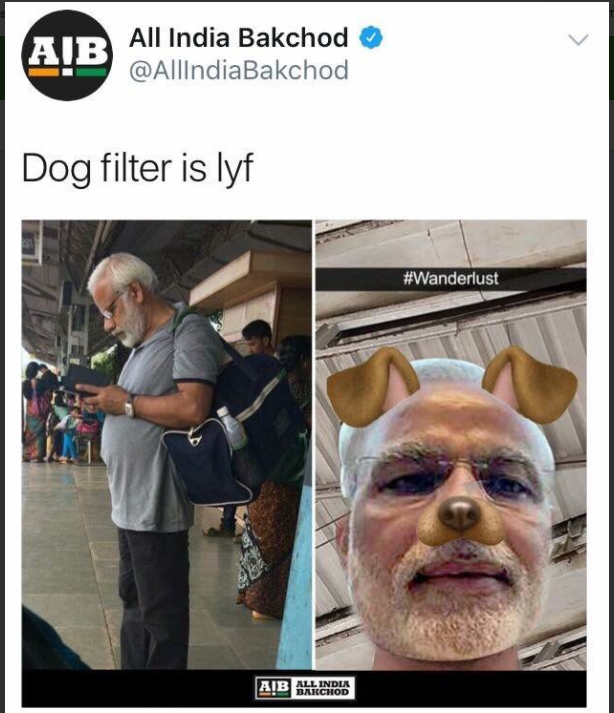 The group has deleted the post after receiving flak on social media.

Since then, AIB co-founder Tanmay Bhat has posted a message on his personal Twitter handle about the videos they have made.

And another one, a retweet of PM Modi’s views about the requirement of humour in public.

This isn’t the first instance when the comedy group has indulged in satire regarding PM Narendra Modi. Earlier during The Prime Minister’s Israel visit the group posted a meme of PM Modi alongside Israel PM, Benjamin Netanyahu.

AIB also posted a meme during Prime Minister’s US visit. The image had a reference to US President Trump’s decision of building the US-Mexico wall.

The group also posted a meme about the India- Pakistan match, where PM Modi can be seen with Pakistan PM Nawaz Sharif.

Earlier, political satire was restricted to comic artists on the front pages of newspapers. Now, Internet has emerged as the ultimate leveller. Social satire websites and podcasts have also taken to mock politicians and political moves. Along with comedy groups such as AIB, EIC and others, the NDA-led government is also active on social media including PM Narendra Modi, especially Twitter.

(The development was reported by HT)