Amazon has deployed a "small number" of the all-electric, six-wheeled delivery robots 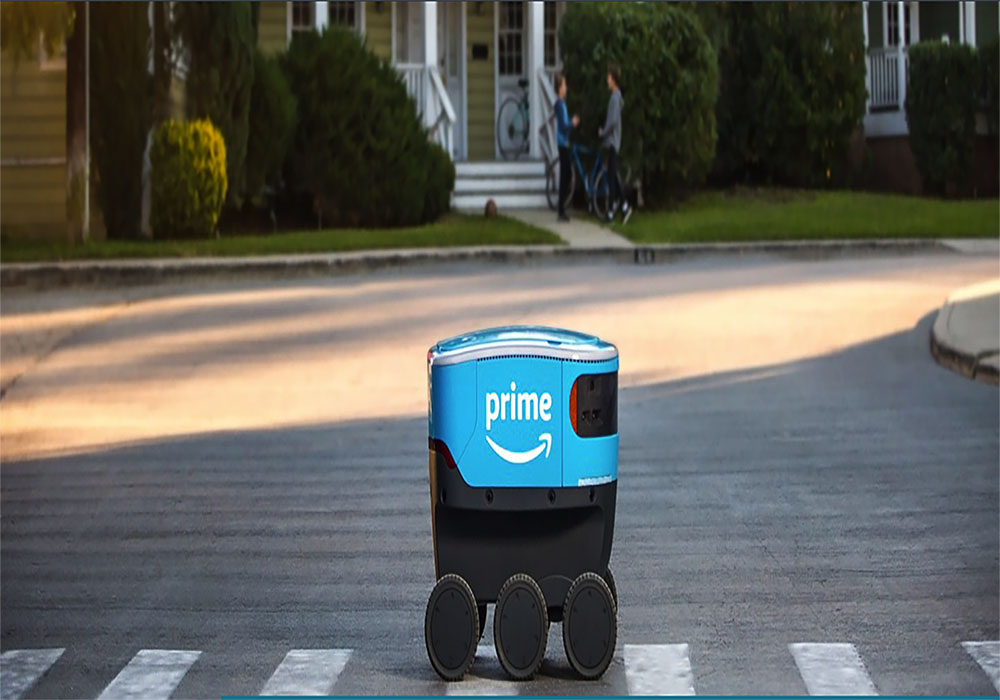 Amazon has deployed a “small number” of the all-electric, six-wheeled delivery robots Amazon Scout, also called ‘Adora bots’ across the streets of Southern California with “Prime” printed on their side.

Currently, the all-electric robots have been rolled out after a testing phase near the company’s headquarters located in Seattle.

“While in the Pacific Northwest, Scout has experienced all of the region’s weather—from the expected rain shower, to the infrequent sun, and even the biggest snowstorm the area’s seen in the last decade. It’s now time for Scout to experience a little more sunshine. I’m thrilled to report that, starting today, Scout will begin to deliver packages to customers in Southern California,” Amazon Scout VP Sean Scott said in a blog post.

For now, the delivery robots are accompanied by humans designated as “Amazon Scout Ambassadors” who are not only responsible for keeping an eye on the bots but are also supposed to answer customers’ inevitable questions.

Amazon Scouts have been developed at Amazon’s Seattle labs and have been under test since January 2019. Six of the robots have been delivering packages in Washington’s Snohomish County in daylight hours and all sorts of weather as part of the test.

Amazon Wants To Disrupt The Logistics Of Delivery

For the test program, Amazon is handing out delivery assignments on a random basis, regardless of the delivery option, a customer selects at purchase. A big question Amazon’s trying to answer is how well the public responds to Scouts.

All these moves are a part of the larger emphasis by the company on reducing the time taken to fulfil its orders which have come down significantly over the years.

In June, Amazon unveiled a new design of fully electric drones that can fly up to 15 miles and deliver packages under five pounds to customers in less than 30 minutes. These drones are part of the company’s Prime Air program which the company has been testing in multiple international locations through its development centres in the United States, the United Kingdom, Austria, France, and Israel.

Amazon, for its part, is growing into a logistics behemoth thanks in large to its focus on ecommerce and deliveries, which form a crucial pillar of its Amazon Prime subscription in the US. Now with hundreds of fulfillment centers in the US and Europe, a leased fleet of 40 Boeing cargo planes, two regional air hubs, a new staff of thousands of full-time delivery drivers, and a growing freight shipping arm, Amazon is truly the leader in ecommerce in the US, even as it strives to compete with Walmart-owned Flipkart in India.

Amazon is betting on its fulfilment and delivery network as well as logistics efficiency to scale Prime Air quickly and efficiently. The company expects to start delivering packages via drone to customers within months.

This has also alarmed one of the biggest courier shipping companies, FedEx, which reportedly will not be renewing its ground delivery contract with Amazon. According to the New York Times, the decision reflects the reality that Amazon’s economic reach has grown so great that the company has started to alienate not just rival retailers, but longtime business partners.