These Three Startups Will Represent India At The Entrepreneurship World Cup

These Three Startups Will Represent India At The Entrepreneurship World Cup

Amitabh Kant, CEO, NITI Aayog was among the jury for top 5 pitching startups

Pandorum Technologies, Ethereal Machines and Bambrew will make it to the world challenge 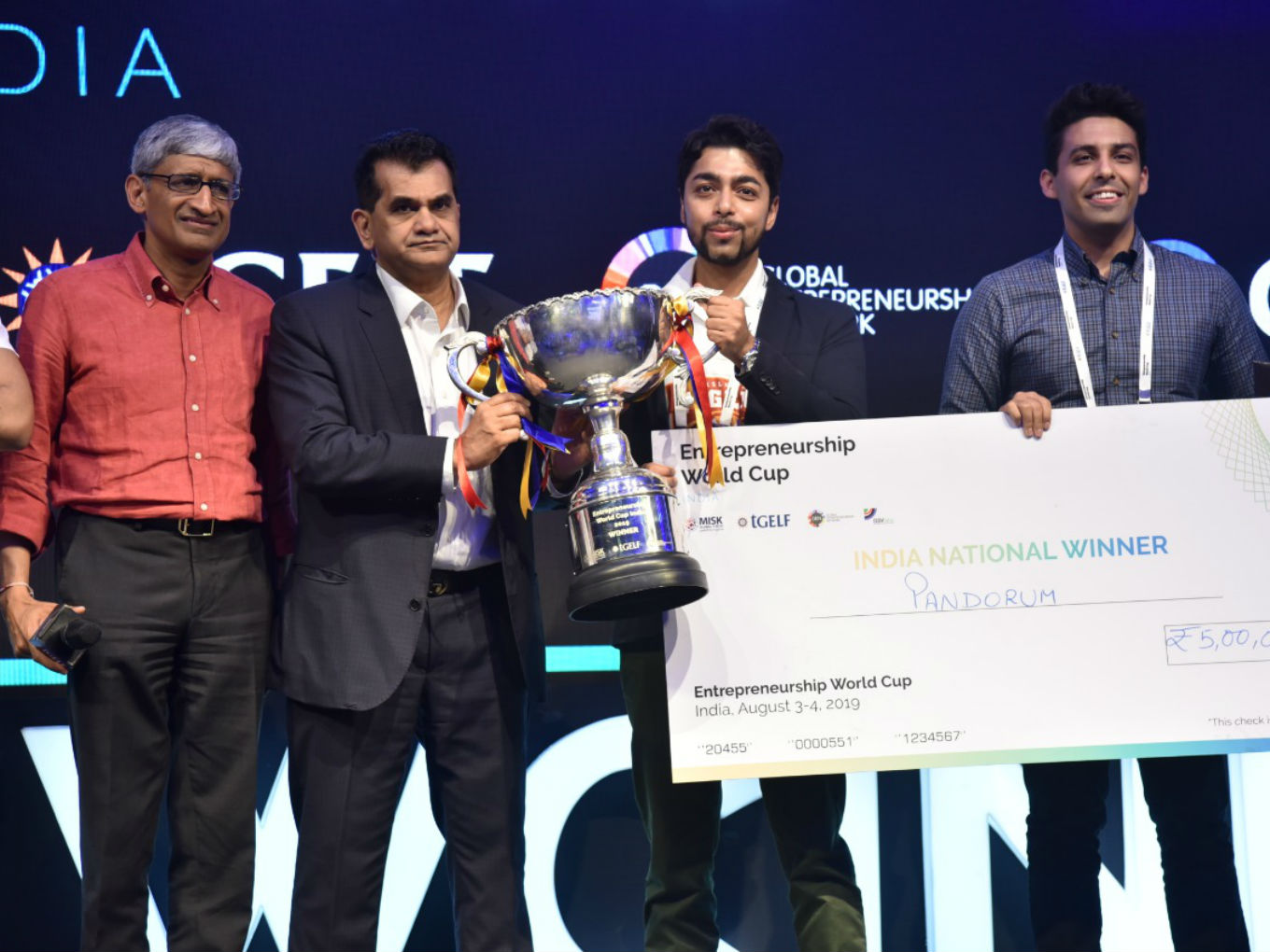 Over the last few months, the MiSK Foundation and The Global Education and Leadership Foundation (tGELF) have combed multiple cities in India to find the best entrepreneurs of the country through Entrepreneurship World Cup.

An initiative by Saudi Arabia’s Crown Prince Mohammed Bin Salman’s MiSK Foundation, EWC aims to develop over 100K startups from 100 countries by bringing together the world’s top entrepreneurs, mentors, investors and other ecosystem stakeholders. What winners can get includes prizes up to $5 Mn and access to investment capital.

With over 31K applications from across India for the Entrepreneurship World Cup, the competition was among the top 20 startups in Delhi for the top three entrepreneurs to represent India at the global competition in November in Riyadh.

The startups were mentored by leading ecosystem members who guided startups with their pitches based on their teams. One of the winning coaches will also join the selected startups to represent India at the Entrepreneurship World Cup in Riyadh.

Top 20 startups pitched their products in front of a panel of judges which included Amitabh Kant, CEO, NITI Aayog, Ramanan Ramanathan, Mission Director, Atal Innovation Mission, Nikhil Sinha, MD, GSVLabs among others. The jury and the audience of nearly 150 venture capitalists narrowed down to the top 3 entrepreneurs who will represent India.

Interestingly, among the audience investors, one of the pitching startups Karza Technologies’ cofounder Omkar Shirhatti, was the winning investor. As Shirhatti said if not investment at least won something.

The Entrepreneurship World Cup was a battleground for the most innovative startups in India, with 10 startups in the second round pitching their services and products across aerospace, healthtech, defence, electric mobility and much more. The judges then narrowed down on the top 3 startups. Here’s a look at the three startups that will represent India at the Entrepreneurship World Cup.

Pandorum is a biotech startup works on designing and manufacturing functional human tissues for the cornea and liver, for medical research and therapeutic applications.

The final startup selected at the Entrepreneurship World Cup was Bambrew is manufacturing bamboo straws, cutlery, and packaging materials with the help of tribals in the Northeast.

Alongside the Entrepreneurship World Cup, the tGELF team also hosted a social entrepreneurship challenge where three startups— Janitri, Innovision and Impact Guru— pitched to the audience and judges. The winner of the challenge was Innovision, a Bengaluru-based startup which creates a braille keyboard for visually impaired.