In July and August, the transaction value of UPI Payments through BHIM has grown by 10% and 5.4% m-o-m respectively

Other transactions including AePS, IMPS and FAStag have observed a marginal decline in transaction numbers as well as values

In the payments ecosystem, fintech is taking over the traditional channels, with increased adoption of digital payments owing to the Covid-19 pandemic. In line with the transformation, like every month, the National Payments Corporation of India (NPCI) has come out with its UPI and other digital payment figures for September 2021.

In July and August 2021, the numbers were INR 6.06 Lakh Cr and INR 6.35 Cr, thus, representing the growth rate of transactions volume as well value in September by 2.3%. With its focus on digitising the cash-based economy, the government and the Reserve Bank of India launched the UPI through the NPCI in August 2016. But it struggled with adoption, especially on the person-to-merchant payments (P2M) even if person-to-person (P2P) payments caught on.

Cut to March 2021, UPI reported its best-ever figures (until then) with 2.73 Bn transactions (20% month on month growth) amounting to INR 5.04 Lakh Cr. From March 2021 to September 2021, UPI transactions have increased by 50%, posing a threat to the traditional cash and card payments industry.

Major UPI players in India are PhonePe, IPO-bound Paytm, Google Pay and while WhatsApp Pay has made a late entry to the party, it is yet to report significant transaction volumes. While NPCI has not yet released the app-wise transaction data for September 2021, a look at August transactions reveals that PhonePe continued to dominate transactions — almost half the market size at 47% followed by Google Pay at 35%.

The current numbers come shortly after Union Minister of Commerce & Industry Piyush Goyal, addressing the 2nd Global Fintech Fest stated that at 87%, India has the highest financial technological (fintech) adoption rate in the world against the global average of 64%.

Goyal stated that the UPI banking interface recorded 3.6 Bn transactions in August 2021, the highest-ever so far (the present numbers beat the existing record). He also added that over 2 Tn transactions were processed using the AePS (Aadhar-enabled payment system) in FY20. 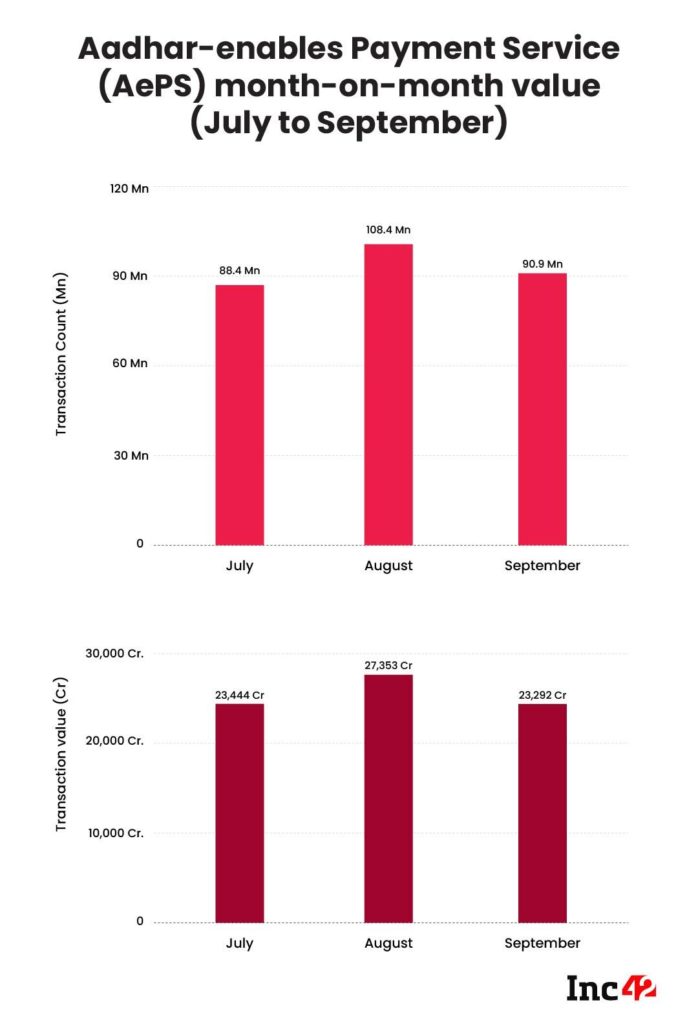 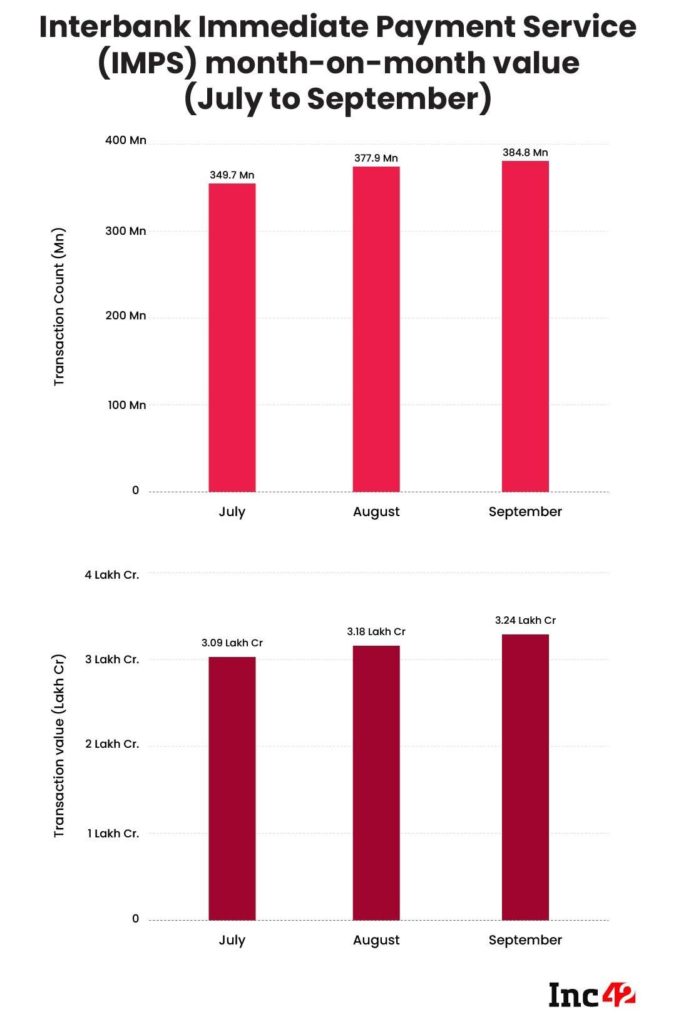