Select Startups To Get Help In Expanding Their Business In London 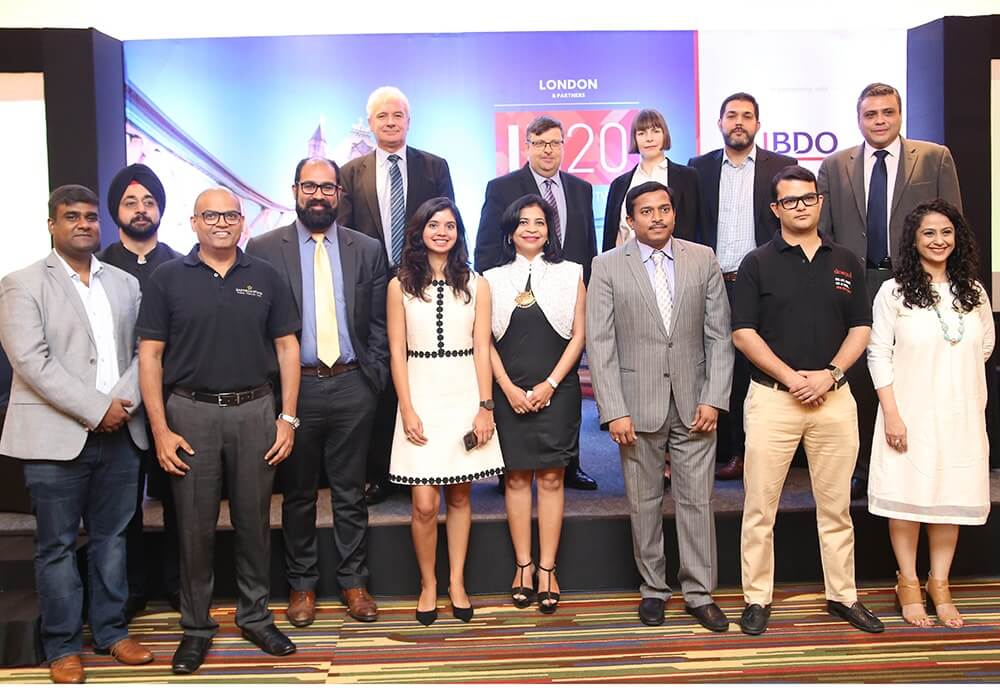 Twenty of India’s fastest growing startups have been selected for ‘Mayor of London’s IE20 business programme’. The select startups will receive help in expanding their business in London along with an opportunity to benefit from discounted rates and expert advice on marketing, access to finance and local market analysis.

Commenting on the IE20 programme, Mayor of London Sadiq Khan stated, “London has strong cultural and economic ties with India, and Indian businesses make an important contribution to our city. I am delighted that my India Emerging 20 programme is helping some of India’s fastest growing companies with their international growth.”

The 20 winners were chosen from over 300 applications. Catering to different sectoral markets, such as agritech, music, hospitality, healthtech and so on, the winning startups are from Bengaluru, Mumbai and New Delhi.

Responding to Inc42 query, Arbinder Chatwal, Partner and Head of India Advisory Services team at BDO stated that the 20 startups have been shortlisted based on various parameters which include their desirability to explore the UK market, scalability, revenue and team strength.

IE20 was launched by the Mayor of London’s official promotional agency London & Partners in 2016 in collaboration with UK member firm BDO to identify some of India’s most ambitious companies that are considering international expansion.

The programme has helped a number of previous winners’ expand in London such as, Indian medical technology company RX Prism which has opened a $2.69 Mn (£2 Mn) innovation hub in London. Chennai-based analytics firm LatentView and Curadev Pharma have also expanded their operations in London since their involvement with the IE20 initiative.

British Deputy High Commissioner in Bengaluru, Dominic McAllister, said: “The UK and India are global leaders in technology and two of the world’s most innovative countries. The new UK-India Tech Partnership will be a testimony to that. A pilot soon to be launched In Karnataka will focus on augmented and virtual reality, advanced materials and artificial intelligence – technologies which a number of our winners today are already deploying.”

“The Partnership will seek to develop a network of people and programmes to facilitate ideas; provide access routes for British and Indian entrepreneurs and SMEs to each other’s markets, and encourage broader innovation and productivity by helping businesses in the UK and India to develop closer relationships. We live in exciting times,” he added.

While Brexit has remained a hot topic for Indian startups looking to expand their operations in the European market along with the UK, Dominic stated that Brexit is just one of the issues which keep changing every week. The UK has continued to witness a significant upsurge in terms of Indian business in the UK, the number of Indian companies foraying in the UK market. There has been almost 27% growth in terms of number of Indian students coming to the UK. While everyone is closely following the Brexit development which is yet to happen, the UK market in itself is a very large one and will remain a hotspot for the companies.

The India Emerging 20 programme (IE20) has been recognised as an important element of the UK-India Technology-Partnership agreed by the two Prime ministers in April. It was formally launched in India last week by the UK digital and culture secretary, Matt Hancock during his visit to India. Inc42 was quick to interview the secretary to know what the UK has in store for the startup and tech world in India.

Here Is The List Of Selected Startups For IE20 programme, 2018

Hug Innovations: Hyderabad-based wearable tech company Hug Innovations was founded by Raj Neravati in 2014. The startup is currently working with a number of leading companies to develop IoT solutions in personal safety, automotive, health and fitness, and gaming. Earlier, the startup had raised $5 Mn in Series A funding in an event by TiE – The Guardian Angel.

Ittisa Digital Media Services: Bengaluru-based marketing technology startup Ittisa was founded by Sneh Sharma in 2014. The company offers analytics, digital marketing, branding and strategy services with a strong emphasis on the use of technology. The company is already working with a number of leading Indian and global brands including Flipkart, Airtel and Vijay Bank.

Happay: Bengaluru-based digital payment startup Happay was founded by Anshul Rai and Varun Rathi in 2012. It was founded with a simple idea, “paying someone should be as easy as sending a text message”. Recently, Happay joined hands with HDFC Bank to roll-out  a new prepaid card linked travel and entertainment solution for enterprise customers.

Intello Labs: Delhi-based Agritech startup Intello Labs was founded by Milan Sharma in 2016. Intello Lab’s Crop Inspection technology reads image and gives parameters identifying the disease. It further helps determine the symptoms or cause of the disease and recommends how that disease can be cured or prevented.

Fork Media: Mumbai-based Fork Media was founded by Samar Verma in 2013. It is an independent digital solutions company helping brands and publishers through data-backed intelligence.

Lucideus Tech: Delhi-based Lucideus is an IT Risk Assessment and Digital Security Services provider founded by Saket Modi, Vidit Baxi, Rahul Tyagi in 2012. The startup offers a cybersecurity to its customers through consultancy, training, and solutions to counteract cyber-attacks.

Gaia Smart Cities: Mumbai-based startup was founded by Sumit D Chowdhury in 2015. Gaia is is a data automation and analytics company focused on bringing together multiple IoT and digital data streams into a single platform to enable the clients to measure, monitor and manage performance and service delivery.

Iksula Services: Mumbai-based Iksula Services was founded by Samarjeet Singh and DJ Basumatari in 2007. Iksula is a an e-commerce solutions provider for brands and retailers globally to help business realise their superior economic performance by transforming their supply chain and retail operations for the digital era.

SaffronStays: Mumbai-based online travel platform SaffronStays was founded by Tejas Parulekar and Devendra Parulekar in 2014. The startup specialises on  managing the branding, reservations, hospitality operations and guest relations of leisure homes as vacation rentals across India.