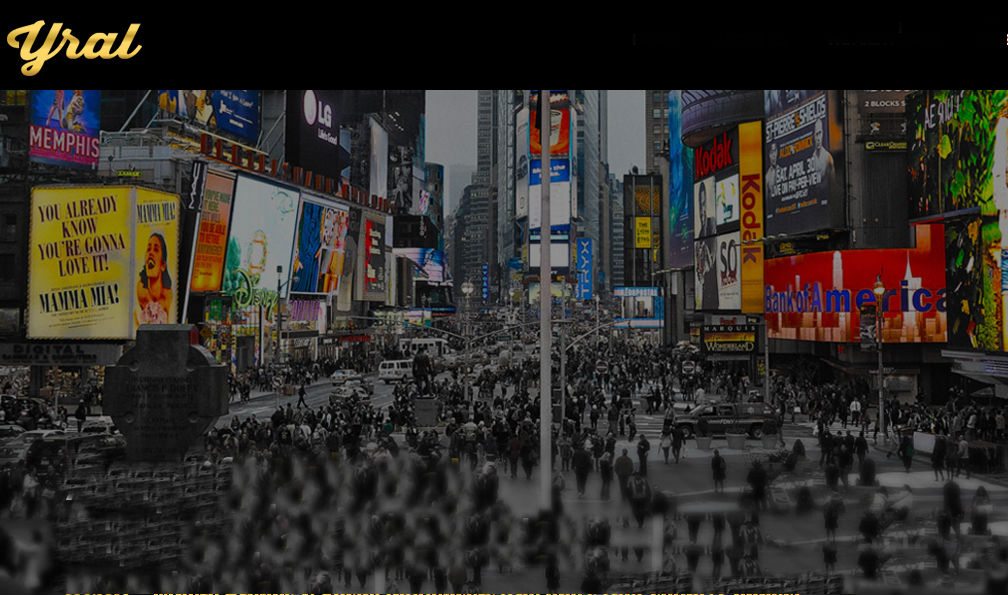 A quick glance on Twitter will tell you that Shahrukh Khan probably has more following than all the brands he endorses (from Frooti to Hyundai) combined. Evidently, online social media has taken self-promotion to a whole new level, and celebrities are at the helm of it. They have an unprecedented reach and a strong connect with their followers/fans on social media. But that, unfortunately, remained underutilised at a commercial level in India. Hollywood celebrities have been doing sponsored promotions on Twitter, Facebook, Instagram for long. So, it only makes sense for Indian brands to capitalise on this. But then brands need to jump through hoops to reach the right celebrity/influencer.

Eyeing an untapped opportunity in this space, Yral (pronounced ‘viral’) was founded in January 2016. It is a joint venture between AdLift, a leading global digital marketing agency, and Yuvraj Singh’s YouWeCan Ventures.

The startup aims to connect advertisers with celebrities by leveraging their social media network. “We want to transform the way celebrities engage with brands – making it a whole lot easier and faster for advertisers to efficiently connect with the right celebrities,” says Yuvraj about his first foray into the digital space.

How does it work

According to Prashant Puri, co-founder and CEO of Yral and Adlift, the startup uses tech-enabled tools to do more than just create an ad campaign.

Yral connects advertisers with celebrities (or real influencers) and create target-specific ad campaigns that are endorsed by celebrities on social channels like Facebook, Twitter and Instagram. Alongside, it provides insights on the virality of these campaigns. Prashant says, “Engagement (94% of brands surveyed), Social Reach (89%) and Visitor Growth Rate are the key social media metrics tracked by social media savvy brands. And Yral has the necessary tools to provide all these to a potential advertiser.”

Unlike traditional advertising, online celebrity endorsements generates real time metrics. Using these, campaigns can be modified or tweaked, or even thorough market studies can be conducted on the effectivity of a campaign. Another significant advantage is as Prashant says, “Online endorsements cost anywhere between 25-60% of their offline counterparts.” So, that will save advertisers a lot of money.

The startup has also come up with a metric called Yral Reach that looks at the cumulative reach of a celebrity across all their social handles  – Facebook, Twitter & Instagram.

Even fractions of such figures can be brought to exceptional use by a startup like Yral. And with more and more celebrities (new and old) actively taking to numerous social media activities, the horizon has been broadened even more. This infographic will help us understand the scope of digital advertising in India.

Cricket and cricketers enjoy an unparalleled (almost at par with Bollywood celebrities) following in India. And thanks to tournaments like T20 World Cup and IPL, cricketers are fast turning into hot properties. According to Facebook, about 111 Mn IPL interactions had taken place on the platform (as of April 20), with 14.2 Mn logging in to discuss the ongoing tournament.

Prashant says, “In under 2 months we’ve signed on brands in the BFSI and consumer goods vertical (like HDFC ERGO and Oppo), for whom we launched successful campaigns during the T20 World Cup, where key players endorsed brand via their social media platform. We are now working on the IPL 2016 campaign.” He aims to close around 10 deals by the time IPL 2016 gets over.

Currently, Yral has 30 sportspersons (mostly cricketers) in its network. It includes Yuvraj Singh, Harbhajan Singh, Virender Sehwag, Shikhar Dhawan, and Virat Kohli, among others. The startup aims to bring in Bollywood celebrities to endorse brands online. The startup is looking forward to utilise Yuvraj Singh’s influence and Adlift’s existing network to invite brands to reach out to them.

Talking about the revenue model, Prashant says, “We charge a percentage of the deal size, which varies depending on level of effort involved to execute this. The level of effort is spread across strategising the ad concept, creating engaging creatives for the brand that engage their audience on social media.” He denied to share the amount charged by celebrities per social share.

A 25-member team operates out of Gurgaon in conjunction with the Adlift team. The company aims to expand to 100 by the end of this year. Talking about revenue plans Prashant says, “We estimate the market size to be $150Mn to $250Mn (which is growing at 30-40% YoY). In the first year, our target is to capture 3-5% of this market size.”

Consumers (or shall we say fans?) are accustomed to watching or hearing celebrities on traditional advertising channels like television and print media. Online social handles are purported to be very personal and honest in nature. So, the whole idea of seeing them endorse brands on Facebook or Twitter might seem a bit alienating to begin with. And secondly, on an open and direct medium like Twitter there lies a small risk of losing one’s credibility instantly. Prashant rightly points out that getting negative comments is a challenge that customer facing brands face as a whole on social media. But in this case (as opposed to traditional endorsements) the questioning or condemning is done publicly and not privately. The following series of replies to one of Harbhajan Singh’s tweets is a case in point.

But then there’s always a flip side to this. Often, followers vest a lot of trust on their favourite celebrity (and that’s possibly why celebrity endorsements work in the first place). Here’s an example.

Like most new concepts, acceptance (at all levels) might be a hindrance in the beginning. And the immense opportunity in this field will possibly present Yral with some competition. But having the right people at helm and the right tools to wield, Yral seems to be well poised to take on this nascent sector.