WittyFeed Looks To Deepen Its Bharat Roots With OTT Pivot

WittyFeed Looks To Deepen Its Bharat Roots With OTT Pivot 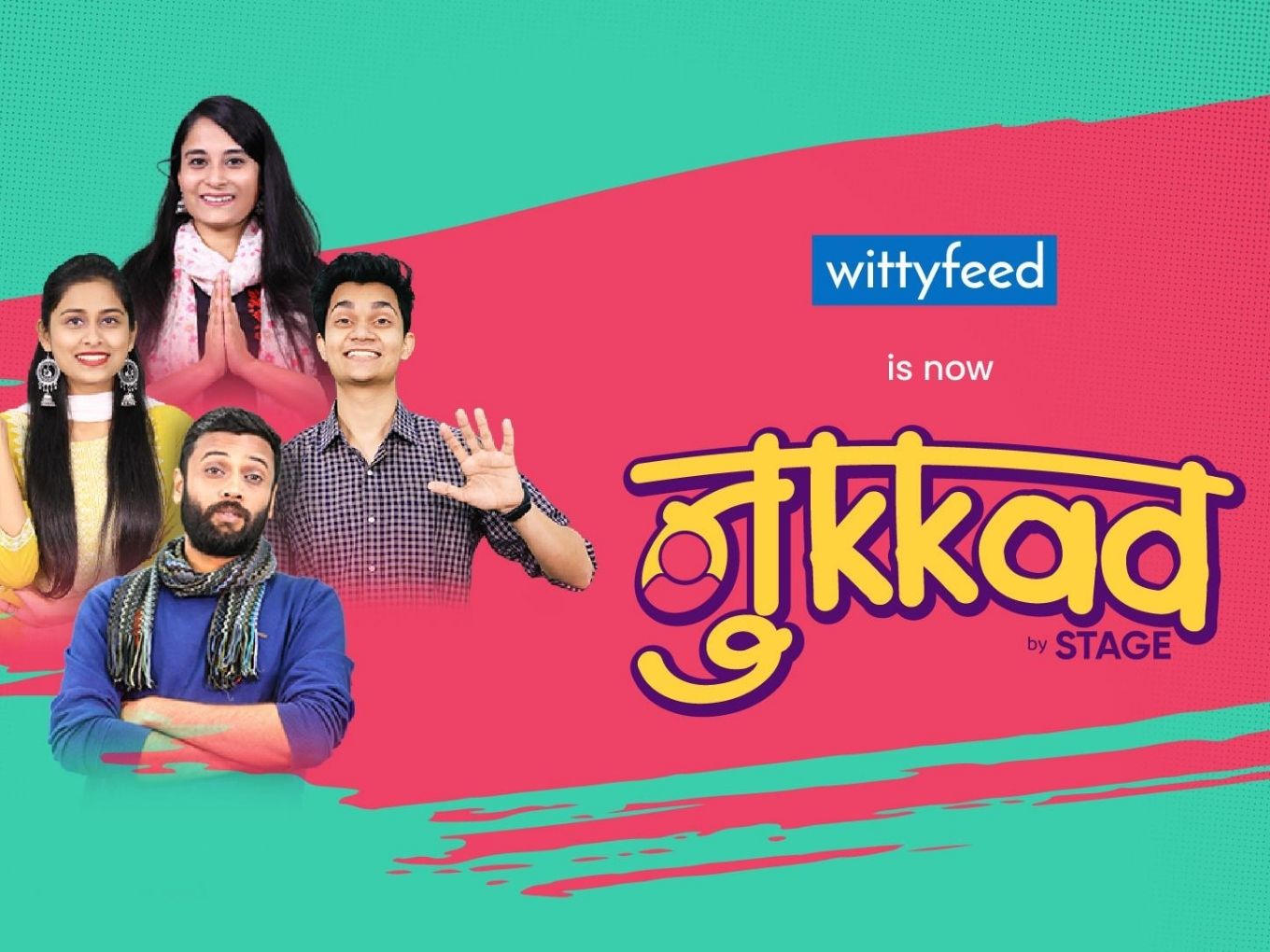 WittyFeed will be a sub offering under its new OTT platform, STAGE

Further, WittyFeed will also be rebranded as ‘Nukkad by STAGE’

Launched in 2019, STAGE is currently in beta stage with only Haryanvi content

“All the three of us (STAGE cofounders) have been born and brought up in very small villages and towns of India. Even when we were serving American users, our story was always about building a startup from Bharat. And, which is where the idea started to turn up in our heads that we would do much better if we were to genuinely solve for Bharat,” said WittyFeed founder Vinay Singhal while talking about the company’s recent pivot to become a dialect-based OTT platform — STAGE.

According to Singhal, the change in vision was led by various market forces that impacted the company’s earlier business model. This pushed the company to rethink its vision and the focus going forward.

WittyFeed was founded by Parveen Singhal, Vinay Singhal and Shashank Vaishnav in 2014. The company has raised a Pre Series A round in 2017 from a clutch of investors including former Facebook director Anand Chandrasekaran; HCL Technologies VP Apurva Chamaria and Innov8 cofounder Dr Ritesh Malik among others.

While WittyFeed as a product had focussed on infotainment targetted towards ‘Bharat’ last year, the company also felt the need for a new name that these users can relate to and thus the need to rebrand WittyFeed to Nukkad, which translates to neighbourhood in English.

For its OTT play, STAGE decided to go in a different direction than just focussing on regional languages. The startup is looking at deeper connections with shows in dialects such as Haryanvi and others.

Most OTT platforms are creating such entertainment because it gets viral easily but with everyone making similar content there is only so much a user can consume or recall. Singhal said that over time, the startup realised that the definition of virality has to change. Instead of creating dumb entertainment content, the virality has to become about creating value driven content for users.

“STAGE differentiates itself from other Bharat-focused OTT platforms by creating high quality informational content instead of dumb or sexual content that is being offered on existing Indian focused,” said Singhal.

STAGE will offer unique and original content in local dialects such as Haryanvi, Rajasthani, Bundelkhandi, Bhojpuri, Konkani etc through art forms such as comedy, folk, poetry, storytelling and motivational content. STAGE is currently in beta stage for the past eight months and only features Haryanvi content. The full launch of the platform is expected to happen in the coming months.

From WittyFeed To Nukkad By STAGE

Nukkad will continue to focus on producing information-led fiction content. “We do monologue premium content but the idea is to drive dialogue out of that monologue that we created. You can think of it as ‘Last week with John Oliver’, but for Bharat,” added Singhal.

The name is inspired by everyday conversations of ‘Bharatwasis’ (Indians in semi-urban and rural areas) that often happen at local tea stalls, community meetings, street corners. It offers informative yet entertaining and relatable content (short videos) in the form of fictional character-led shows under entertainment, politics, health, fake news, tech, to culture, sports, lifestyle, and even finance.

Nukkad aims to bring world-class sensible and satire-based content on the lines of popular Comedy Central shows by Jimmy Fallon and Trevor Noah to Indians in languages that are inclusive and familiar. Along with bringing fiction content, Nukkad aims to fill the void for knowledge-driven content tackling complex issues such as financial literacy, current affairs and more.

Shows on Nukkad by STAGE include ‘Bubbly’ (dedicated to movie buffs), ‘Raja Beta’ (tackles the complex topic of financial literacy), ‘Raju Panchayati’ (a character with an opinion on everything under the sun), ‘Nicky AIMS’ (a health-centric show) and more.

In July 2020, Nukkad claims to have witnessed a reach of over 108 Mn and an engagement of 3 Mn across its platforms. Expanding on the process of choosing these topics, Singhal said we pick topics which would generally seem very serious, boring, and some would even wonder how can anyone talk about it to Bharat and why. The company believes in creating content that can  provide value to the user. People are watching a lot of videos everyday and if a platform wants to catch their attention the content has to create value over time.

“For instance, the topic of financial literacy is boring for even you and me. And we probably represent that top 10% user that we’re talking about. So for bharat users, it can be  a much more boring and alienating topic. Nobody has ever talked to them about financial literacy because everyone thinks why do they need to know about it. But maybe they need it the most. So we try to make these topics interesting for them,” said Singhal.

These shows on Nukkad have been sponsored by brands, who partner with the show for a couple of shows to establish themselves as a thought leader, and bring more Bharat users to their platform. Some notable partnerships include SBI YONO and Insurance Samadhan.

Further, with this pivot, the company has defined its target audience as everyone on the internet minus the top 10% users. The company is not defining Bharat by cities, because there are a lot of people from Bharat who live in Delhi, Mumbai, Benagluru and similarly, a lot of them live in Indore, Jalandhar or Kota as well.

Another major driver for this rebranding was the realisation that before Chinese apps were banned in India, the most popular content platforms in Bharat were companies like Weibo, TikTok, Helo, which were distributing sleazy content in the name of UGC or user generated content.

“So, we figured that if I am Bharat, my parents are Bharat, and my family are Bharat. We are definitely looking for better content. There is a market which is looking to consume high quality sensible content but it’s just that nobody’s creating it,” said Singhal. That’s exactly what the company is trying to solve under this new vision, he added.

Post the Chinese app ban and growing nationalist sentiment in India, many vernacular short-video platforms like Chingari, Mitron, Bolo Indya and Trello have started gaining popularity in the country. However, STAGE is different from these platforms in the fact that all its content is PGC (professional-generated content), written and shot by its team of creators. Given all the shows are monologues and are usually shot inside homes, the company claims to not have huge production costs, and it also helps in maintaining social distancing and limit disruption to production.

With WittyFeed having already been around for six years, STAGE has big shoes to fill and this is perhaps the best time to focus on Indian content. It remains to be seen whether STAGE can replicate the viral success that made WittyFeed a global name.