Wishary is a New Kind of Social Shopping Discovery Platform

Wishary is a New Kind of Social Shopping Discovery Platform 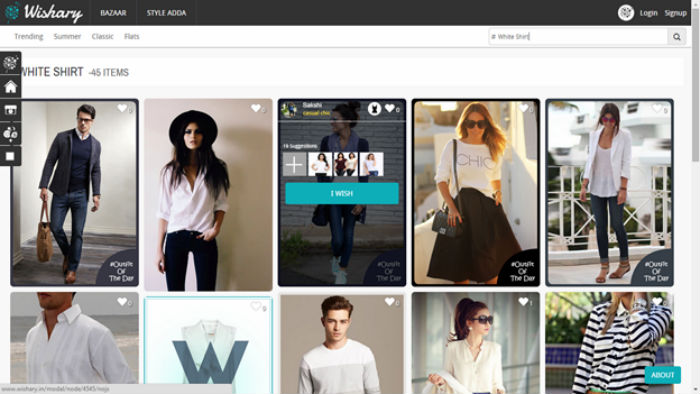 The online shopping market in India has boomed considerably today. With the bigwigs like Amazon and Flipkart announcing bumper discounts and sales as if they are a regular affair has only made the purchasing items online, especially clothing, a very interesting affair. While discounts have always attracted the Indian consumer to make quick purchase decisions, the trend is slowly changing as we become more mature as a whole and start making more informed decisions. While many ecommerce portals are trying to help prospects, it can be said that they have done a below average job so far.

Here’s introducing Wishary, a social product discovery platform that allows users to post their desired products and get advice as well as relevant recommendations by other members of the community online. People can either post a wish as to what they are looking to buy or a product image indicating what they are looking for. Other users on Wishary will then post relevant recommendations and advice on whatever it is that you need. For instance, I searched for a “White Shirt” on the platform and this is what I got.

I was suggested 45 different apparel ideas put up by different people. On mousing over one of the product ideas, I could see who was looking for it, and also the suggestions by others out there. If I liked something I could click on the “Collect/I Wish” option and add it to my own list. The unique aspect of Wishary is that it not only allows you to recommend and get recommendations for products but will soon enable them to buy it directly from the portal too!

Here’s how Wishary came into being

The brain behind the project is Hemanth Kumar Venugopal, an engineer from NIT Durgapur who also has an MBA in Marketing Management from the prestigious London Business School in Shanghai. Hemanth, along with 4 other students of CEIBS Shanghai, a Chinese national and three from Korea together developed Wishary. Before Wishary, the team had initially developed an ecommerce portal known as 9 Cats Alley for fashion accessories, that operated in the Chinese market, which were imported from Korea. However, this portal had to soon close operations owing to its capital intensive nature and also due to the fact that the cross border channel for procuring products led to massive delays frequently. This is when the idea of creating a product discovery platform attracted them and the rest, as they say, is history!

Support from Incubators and Government:

Presently, the team has been working on Wishary for a little over 30 months with offices in Bengaluru and Shanghai. The team has won many startup incubation contests and is well funded by the Korea University Digital Media Lab (KDML) and enjoys support from the Korean Ministry of Science, ICT and Future Planning and the National IT Industry Promotion Agency of Korea. As of today, Wishary has received support from a total of 3 incubators who have contributed to various aspects such as capital, logistics, office space, etc. The Korean partners have been instrumental in developing and maintaining investor relations.

The biggest challenges for Wishary in India were to customize the platform to suit the Indian audience better. As it was initially developed for the Chinese markets, the platform had to undergo massive UI as well as UX based changes. For instance, Xingyuyuan has a prominence of the pink color on its central UI. This would not appeal to the male audiences in India, so it had to be changed.

Secondly, personalizing and localizing Wishary while retaining the core functionality is another key challenge that the team has managed to overcome. “GroupOn has done immense localization and that has been one of the key factors that have given an impetus to its growth. We aim to work on similar lines for Wishary”, suggests Hemanth. The KDML has helped immensely with regards to automation without compromising on the inherent personalization abilities of the platform. The new User Interface which (Hemant suggests has been inspired by popular social media platforms) has been designed keeping in mind the user needs and ease of navigation.

Related: Now Explore Offline Fashion Stores Near You With Zakoopi

Market Domination and the way ahead

Interestingly, India was not initially a market that the team at Wishary wanted to explore. They were originally keen on Meilishuo & Mogujie, and they launched Wishary under the name of Xingyuyuan.com. The Chinese product discovery portals with amazing content attracted them to compete. Hemanth adds, “Fashion based product discovery and recommendation is a field that has immense potential, which is till date dormant in India. While earlier players like Dooztan.com (bought out by Snapdeal and presently defunct) tried but were not very successful. Presently, the Indian consumer is only offered price based comparisons by popular portals such as Junglee, BeStylish, MySmartPrice and now Yebhi.”

Currently Wishary, which was originally launched as a Beta version in July this year, is constantly under evolution and newer and better features are being added even as we speak. They wish to focus primarily on fashion and not other industries such as Electronics as the team feels they are highly commoditized where price is the single driving factor for the consumers. Fashion on the other hand is abstract.