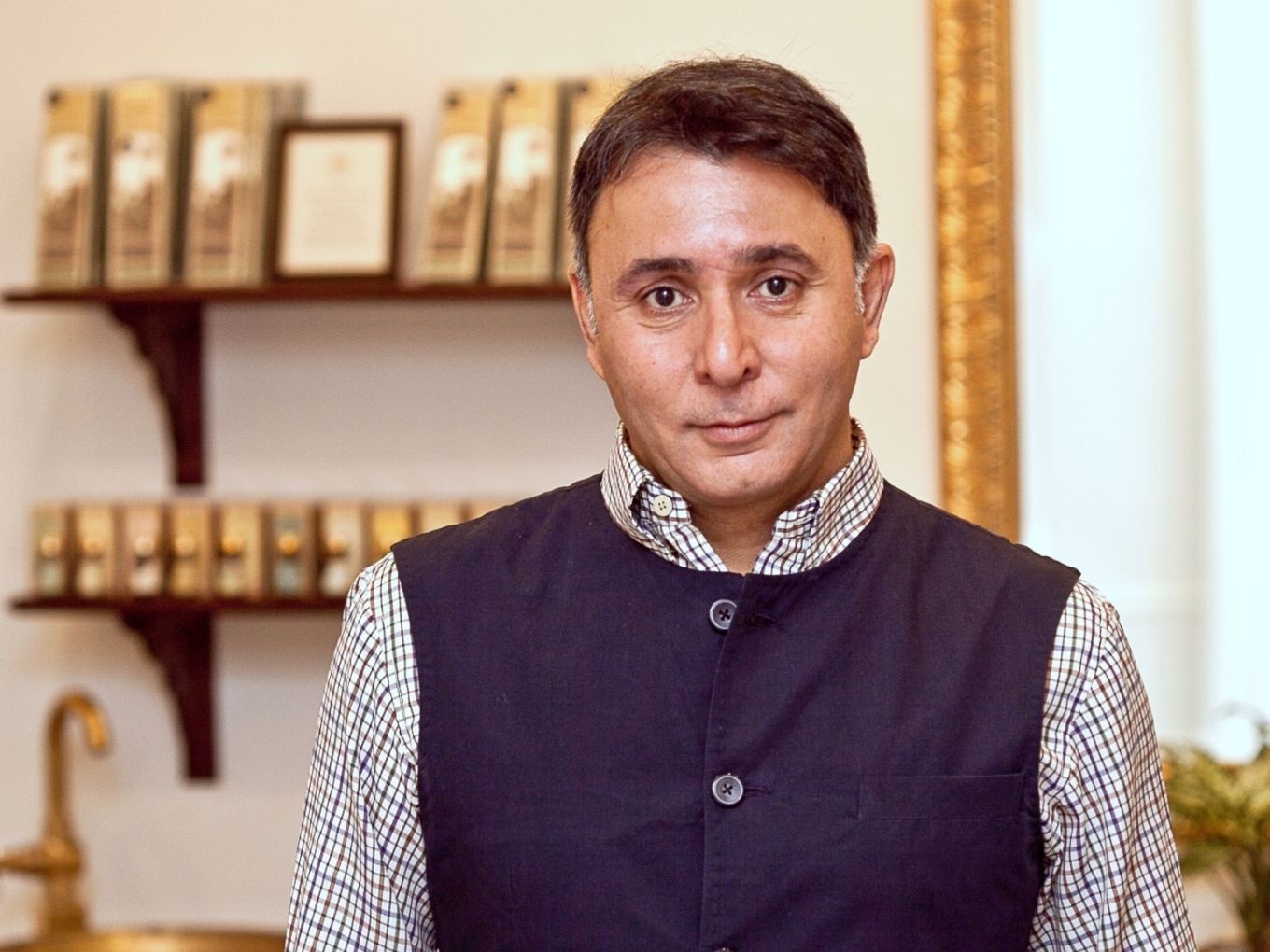 Based in New Delhi, Kama Ayurveda creates and sells ayurvedic beauty products that are made with natural ingredients, without adding any kind of fragrances or chemicals

Kama Ayurveda set up its first standalone store at Khan Market, Delhi in 2012, and with time, it has now expanded its reach across the country with over 59 standalone stores, and 45 shop in shop formats, alongside its own website (D2C) and partnering with ecommerce marketplace like Nykaa, Myntra, and Amazon among others.

Despite the growth and sales through online channels during the Covid-19 times, Kama Ayurveda is still skeptical about pure-play D2C mode, and in the coming years, plans to set up physical retail outlets outside of India

The Indian personal care landscape has been abuzz with the appearance of existing and new-age ayurvedic startups across the country, including the likes of Kama Ayurveda, Patanjali, AADAR, Cureveda, Forest Essentials, Just Herbs, Biotique, Kapiva, Mamaearth among others. The competition is getting fierce as the majority of these brands have online presence, catering to a self-aware, wider set of internet audience.

These ayurvedic brands are now stealing the spotlight by realigning their business models to match the present-day consumer needs, coupled with rise in the awareness and demand for natural and organic products arised due to Covid-19 pandemic.

While the majority of brands are choosing the D2C route to cut through the noise and get customer’s attention by branding their products as ‘the best,’ some of the mature ayurvedic brands which relied on offline presence previously, are now following an omnichannel approach to expand their reach.

For New Delhi-based Kama Ayurveda, the journey began two decades ago but it only became a major mission with Covid-19. Kama Ayurveda creates and sells ayurvedic beauty products that are made with natural ingredients, without adding any kind of fragrances or chemicals. 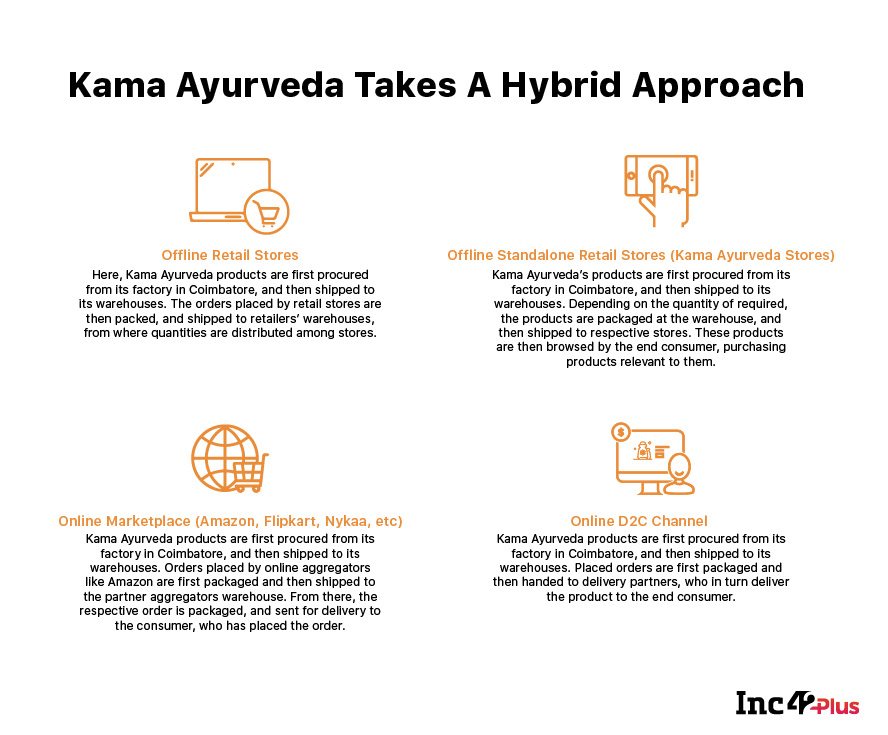 Besides Kama Ayurveda, other D2C personal-care brands like Mamaearth, AADAR, Just Herbs and Forest Essentials also claimed to have similar value proposition, and what’s sets Kama Ayurveda from the rest is, perhaps, it’s early entry into the wellness and personal market space, where it continuously experimented to strike the right chord with the ever-evolving consumers.

Founded in 2002, Kama Ayurveda has come a long way from where it all started. The company was founded by Vivek Sahni, Rajshree Pathy, Vikram Goyal and Dave Chang. It initially started with nine product lines across skin, hair, body and wellness, developed in partnership with the century old Arya Vaidya Pharmacy in Coimbatore. And it also began by selling institutionally and through retail to hotel chains and offline stores such as Shoppers Stop, Good Earth and others.

As time progressed, Kama Ayurveda in 2012, set up its first standalone store at Khan Market, Delhi and then gradually expanded its retail presence. Over the next six years, the goal was to get entrenched as a premium brand. In 2018, the company raised INR 100 Cr funding from Barcelona-based fashion and fragrance company Puig, which allowed the company to spread its wings and test the D2C waters. Over the years, Kama Ayurveda has expanded its reach across the country with over 59 standalone stores, and 45 shop in shop formats. Its digital presence has also spread from its own website, to retailing on partner websites including Nykaa, Myntra, Amazon, among others. As a result, the Kama Ayurveda team size has grown to an approximate of 340 employees, but it still remains shy when it comes to doubling down on D2C despite the growth in stature and the potential for success shown during the Covid-19 lockdown. 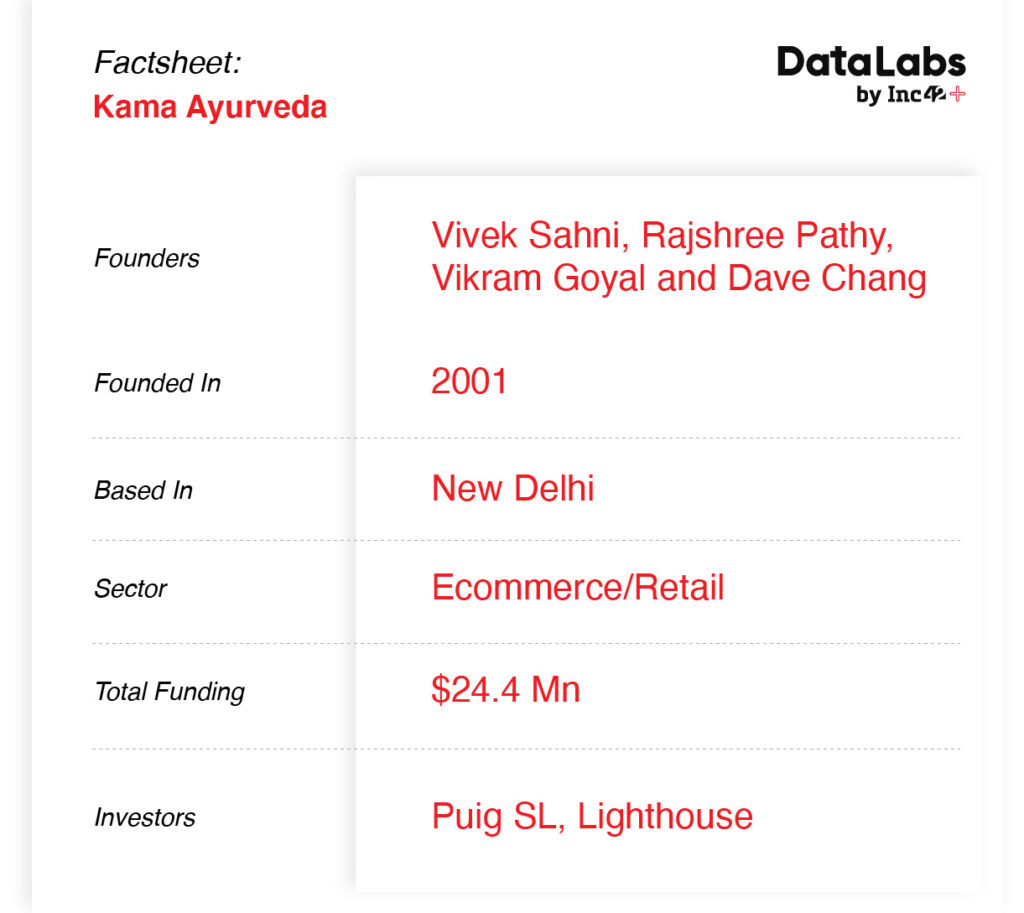 No Plans For Pure-Play D2C

‘While women remain the primary consumers, an increasing number of men and teenagers are also becoming a significant part of our consumer base,” the cofounder added, about how the market has expanded since the early days when the biggest challenge was creating awareness among the core target group.

Kama Ayurveda, which had a strong offline presence pre-Covid-19 times, during the lockdown phase, the closure of brick and mortar stores led to a sizable decline in customer footfalls and therefore direct engagement. So it tackled this by increasing the engagement frequency on social media and focusing more on home wellness ideas and tips for its content. To engage with customers, it launched an online consultation with in-house ayurvedic beauty experts, besides influencer marketing through live activations, doctor chats, dedicated Spotify playlists, facial yoga tips and ayurvedic practices.

“With areas being deemed as orange and red zones, we also had a challenging time fulfilling deliveries. We started by realigning existing activities, and moving them online, via our website and social media platforms,” he added.

Also, to ensure pending and new order deliveries, the company partnered with third-party logistics companies, which helped it track and fulfill orders quicker regardless of the nature of the order i.e from its platform or for marketplaces

During the Covid-19 phase, Kama Ayurveda’s physical stores were mostly shut, and it heavily relied on online channels for sales. Amid this development, Sahni told Inc42 that they do not have any plans to go-pure-play D2C brand. “Our model of partnering with online aggregators, stores, standalone stores and websites has helped us cater to a larger audience, providing our customers with products that are natural and time-tested,” he concluded.

[With inputs from Shanthi S]