Having More Than 500+ Campaigners Raising Funds Through Its Platform, Ketto Aims To Reach $100 Mn In Volumes By Crowdfunding

Having More Than 500+ Campaigners Raising Funds Through Its Platform, Ketto Aims To Reach $100 Mn In Volumes By Crowdfunding 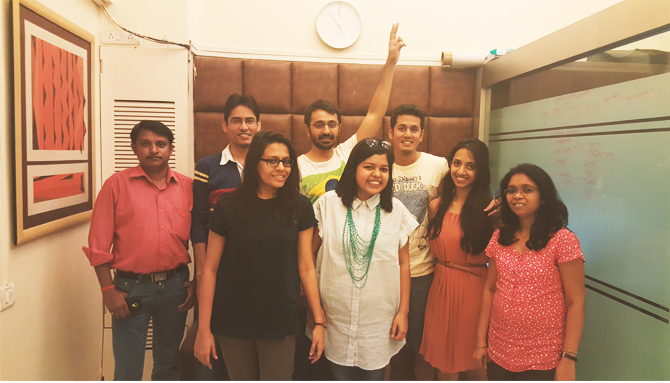 Mumbai based crowdfunding platform for social, personal and creative projects – Ketto announced yesterday that it has raised over $700k in funding led by Pradyumna Dalmia, deal champion of Calcutta Angels and Sudhir Rao, deal champion of The Chennai Angels and co-founder of IndusAge Partners.

Launched back in 2012 by Varun Sheth, Bollywood actor Kunal Kapoor and Zaheer Adenwala, Ketto is said to be the Asia’s largest crowdfunding platform for social, personal and creative projects, according to crowdsurfer.com.

With more than 500 campaigns being funded through the platform and with a on-going success rate of 70%, team at Ketto aim to reach $100m in volumes by crowdfunding.

Currently working with the team of 10, with the infused funds, Ketto will be working aggressively to increase its technology and business development team with further plans to expand operations in Singapore, Indonesia, Malaysia, among other South-East Asian countries.

We caught up with Varun Sheth to understand more about Ketto, how campaigns are selected + launched and how they help campaigners reach out the goals.

Here are the edited excerpts.

Inc42: Please explain about the process of selection of campaigns? Or can anyone go and list a campaign?

Varun: Basically we get 90% of the campaigns organically. To launch a campaign, anyone can come and fill up the form on the website. Once the campaigner approaches us, we get in touch with them and understand if the campaign fits our criteria. We check if the goals set by the campaigner are realistic or not, say someone goes for raising INR 10 Crore, then we explain them the limitations and then ask them to go back and rework on the entire plan of the campaign.

Inc42: How many campaigns are launched every week on Ketto?

Varun: On daily basis 4-5 campaigns are launched on our platform, which totals the number to 30-35 a week.

Inc42: What has been the traction as of now? How many campaigns have been crowd funded? (Worth & Number)

Varun: Uptil now over 500 campaigners have raised over INR 5 Crore in funds through our platform. We are growing at a 3000% year-on-year basis in terms of volumes, and in the past few months, has been crowdfunding close to a crore monthly.

Inc42: What are some of the most popular campaigns that went live on Ketto?

Varun: There are a couple of celebrity campaigns that have been launched, including biggies like Hrithik Roshan, Anushka Sharma, Nargis, Abhishek Bachchan among others, these guys brand the campaigns. Earlier, Hrithik Roshan, Anushka Sharma, Varun Dhawan and Dia Mirza had kick-started fundraisers on Ketto to raise funds for hundreds of thousands of people hit by the J&K floods. Recently, we raised over INR 1 Crore for the Nepal Earthquake. We recently also tied up with Lakme Fashion week to crowdfund for their gennext designers and also crowdfunded for a wearable device.

Inc42: What has been the success ratio of the campaigns that have gone live so far?

Inc42: Do you have a monetisation model in place? If yes, please explain us about it. How much revenues are you earning on a MoM basis?

Varun: Yes, we do have a proper monetisation in place. We charge 10% as the fee of the campaign. With the increase in the number of campaigns going live everyday, our revenue has also been growing by almost by 100%.

Inc42: With presence of number of crowdfunding platforms in India, how do you differentiate yourselves from others?

Varun: Numbers show that at this point we are leading the current players in terms of the highest traffic, number of campaigns launched which comes with an additional point of celebrities supporting some of the campaigns. Plus the sort of technology we have in place is way ahead from other players. Our product and the unique way of marketing and providing support to the campaigners is what is helping us in growing at a fast pace.

Inc42: Currently, Ketto is focused on social causes. Do you plan to add more domains to it?

Varun: We initially started with social cause and have now started adding number of other domains too like, we help people raise money for music videos, documentaries. We help fashion designers raise money. We also have campaigns in relation to tech products, and other creative projects going live on our platform.

Inc42: How do you foresee crowdfunding scenario in India?

Varun: With global crowdfunding market estimated to reach $96bn by 2025, and Asia being the key growth driver, there is a huge potential for crowdfunding in India. Currently, we are just scratching the surface and a lot more has to be achieved. At the moment as an individual, everyone is looking to fund things, which can be an idea, cause, education, tech products etc. and on the other side there are people who need money to do things. There is a lot more action taking place in this area of crowdfunding. With increasing internet penetration and rise of online payments, crowdfunding is going to see a major growth.

Inc42: What are the various barriers of crowdfunding in India?

Varun: I feel that user education and how one should market has a major role to play in success of any campaign, if not done properly these act as barriers.

Educating user on how to raise funds is very important. A campaigner has to understand that just putting a campaign is not the only thing to do. I feel people have this wrong belief that, they will put a campaign and the work will be done. As a platform, we only act as a facilitator and we can just guide them. It’s the user who has to drive the campaign, thus, it is necessary to educate the user who has to understand how to reach out to the masses.

Inc42: Another issue that comes up many times is the lack of enough innovative ideas/products/campaigns in India. What do you have to say about this? Are we far away from seeing campaigns of the likes we see on Kickstarter internationally?

Varun: It is now changing quickly. There are a number of big campaigns that are coming up. Many innovative products are launched and with the launch of organisations like accelerators, incubators and even the business plan competitions, the quality has also improved as the products launched through them, are the ones who will use crowdfunding.