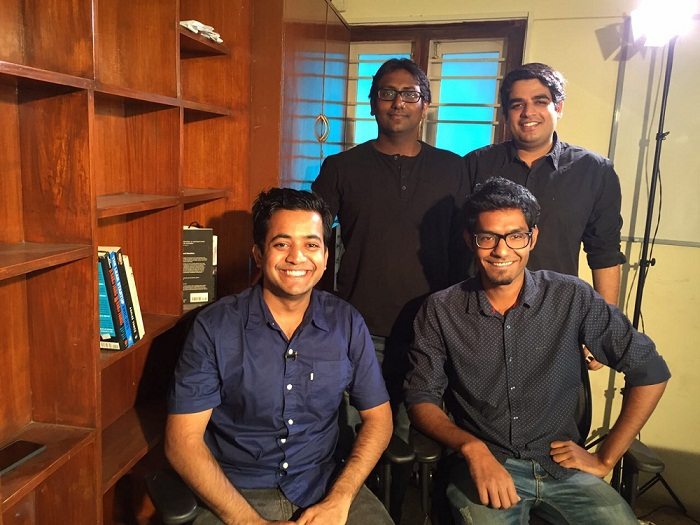 Gaurav Munjal took a small step 6 years back. He wanted to help his friends understand hard topics through videos. The video he shot in 2010 on a 0.02 MP camera raked in 20,000 views from his college mates. This was the beginning of Unacademy, an online platform to democratise education, which has raked in more than 10 Mn video views so far.

From the smallest beginnings come the greatest legends.

But the journey from that video to launching Unacademy was hardly a straight line. Gaurav went on to co-found Flatchat, a mobile-only app for students and bachelors to find accommodation and flatmates. Last year, Flatchat got acquired by Commonfloor, and Gaurav moved to an advisory role. He worked for almost one and a half years at Flatchat before deciding to pursue his dream of making Unacademy a product that could act like a bigger Quora.

His childhood friend Roman Saini, a child prodigy who cracked his medical exams at the age of 16 and the civil services entrance exams to become an IAS officer at 22, joined him in his endeavour. That was the ‘aha’ moment for Gaurav. After two years as an assistant collector at Jabalpur, Roman Saini had resigned from his services to make UPSC learning available online for free on a full time basis. They were joined by Hemesh Singh, who was also a co-founder at Flatchat, and Sachin Gupta who was experimenting with his own education startup.

Of course, an IAS officer quitting the Civil Services to make free education his full-time job was a big decision. However, Roman was sure of what he was doing as he wrote on his Facebook page that though, personally, it was a difficult decision to quit the civil services, he believes in Unacademy’s vision of free education, hence, will be pursuing it full-time. Adds Roman,

I could relate to the problems faced by millions of students in India who don’t get high-quality and affordable education, since at one point I had to take a loan from a friend to pay the coaching centre fee. Unacademy is trying to bridge that gap. It was a chance to work with an awesome team and the final push came from Gaurav – he can be very convincing when he wants to.

All co-founders had to quit their ventures to focus on Unacademy. But an IAS officer’s vision of giving back to the society speaks volumes about their vision and belief. Roman’s full-time move to Unacademy has not only grabbed the requisite eyeballs for the startup but also underlines the fact that the team is very clear on what they want to do. They believe that free education is big, and they want to change the way the entire world consumes educational content. After all, free education for all is no mean feat.

As the name Unacademy implies, it is a platform for all and sundry. Anyone who wants to get access to quality education on any topic is welcome on the platform. Gaurav says, “The platform is so accessible and easy to use that, say, if my mother wants to learn French, she should be able to find the right content at Unacademy.” 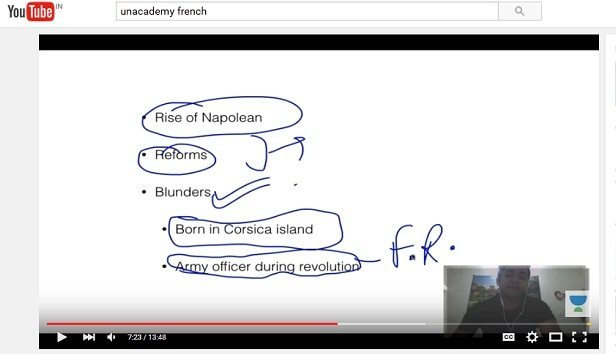 Similarly, looking at the tutor side of the equation, Unacademy is a platform for educators or people looking to share their knowledge with a wider audience. Currently, the educator list consists of more than 36 educators which include IITians, CAs, IAS officers, teachers, who have contributed to more than 500 free lessons on the platform on a wide variety of subjects.

Thus, the platform enables these educators immense gratification by giving them the tools to make their content accessible to a huge audience, which would not have been possible otherwise in the limited space of their classrooms or immediate physical environments. Gaurav says,

We believe that educators will be the next big celebrities. And through this platform we want them to add to what they are doing besides their classrooms and professional engagements. 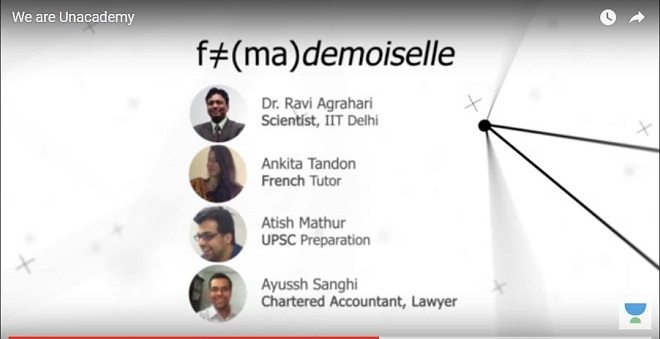 Coming a long way from 2011, Unacademy has grown to be one of the most subscribed educational channels in the country, boasting of over 12 Mn video views so far and 1 million views every month. By the end of January, the total registered users on the platform had crossed 52,000 with more than 150,000 video views in one month. The Youtube channel has more than 177,994 subscribers. The company is aiming to grow to 1 Mn registered users by the end of 2016. 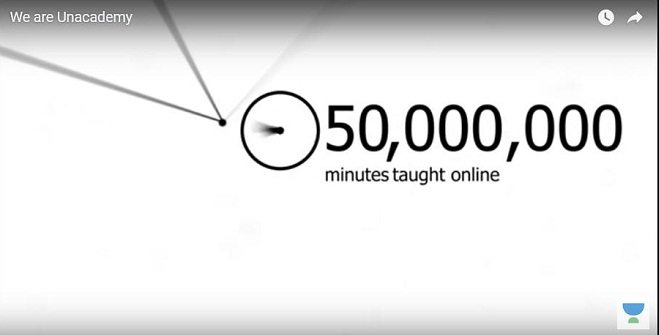 The startup is currently bootstrapped and talking to a bunch of angel investors and a VC firm, as it looks up to scale in reach and content. As Gaurav puts it, “We want to be the Quora from India.”

The startup is also exploring methods of monetization which will include placing ads before a lesson and also pushing it as a marketing platform for unique publishers. It will also focus on random integrations such as hackathons, and in order to do that it will pitch the product as a tool to market free lessons.

Not A Lonely Road

The education sector is witnessing disruption on many levels in India, but Unacademy feels it will not face much heat from competitors in India as compared to global players. One such player is Khan Academy, an US-based non-profit educational organisation known for revolutionizing the way school children learn math and science in the US, which is  endorsed by the likes of Bill Gates, co-founder of Microsoft Corp. Recently, it also entered into a strategic not-for-profit partnership with the Tata Trusts, promoted by the $108 Bn Tata Group to leverage technology to provide free, world-class education for anyone, anywhere in India.

Gaurav however feels that they are different from Khan Academy and other high quality educational content distributors as they want everyone to teach instead of choosing who should teach people. He adds, “We want to give them the same power, and let people choose who they want to follow.” It is this feature which differentiates them from other educational content providers.

Unacademy’s aim is benevolent as it wants to disrupt the education space in a big way, by addressing the grassroot level issues. Making high quality education affordable and accessible to all is a humongous task, especially in a country like India that has so many disparities and infrastructural hiccups. What Unacademy would need is more people like Roman joining the bandwagon, to stir greater interest in this space and attract more talented people for it to reach far and wide. There is no denying the startup’s nobility, but at the end of the day, it is a tech startup. So how efficiently and quickly it is able to monetize and keep the engine running would be a determining factor behind its success.

Overall, it can be said that Unacademy has grabbed the best of Quora and Khan Academy to give a more holistic approach to education.