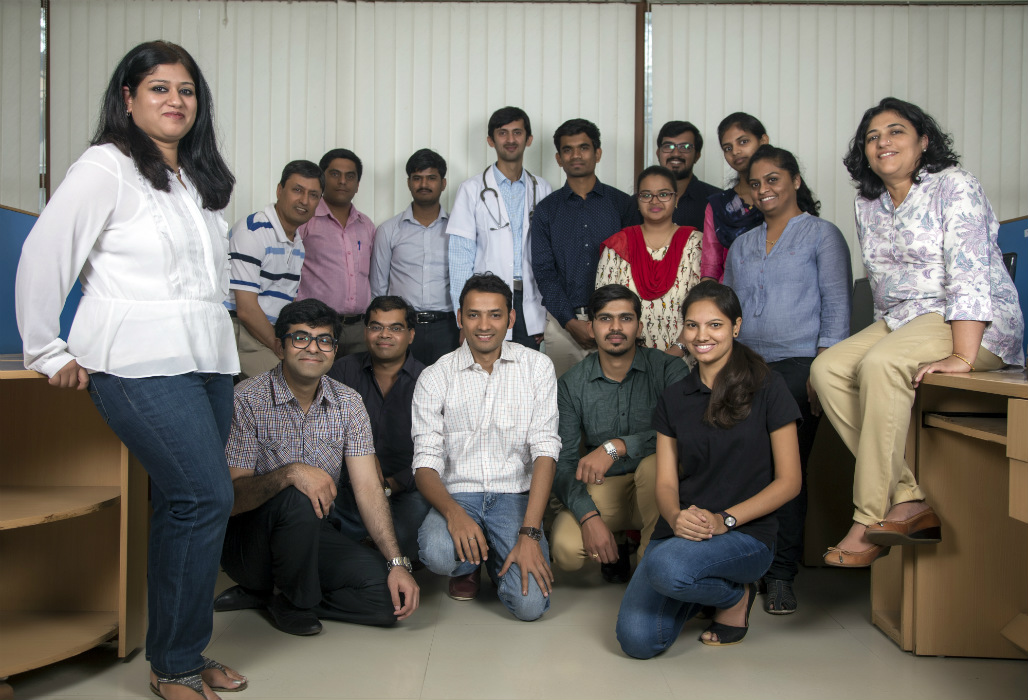 India is facing a mounting problem, one of increasing coronary heart disease and diabetes. It is estimated that by 2020, heart diseases will be the cause of over 40% deaths in the country.

According to the World Health Organisation (WHO), more than $1 Tn in health care costs and lost wages can be directly attributed to cardiovascular diseases (CVD) and coronary heart disease (CHD). In context of India, for over 60 Mn CVD patients, there are only 8,000 cardiologists plus the diagnostic equipment cost lies heavy on the doctor’s pocket. Additionally, ECG machines cost somewhere between $619-$2322 (INR 40K-INR 1.5 Lakhs) in India, thereby reaching only the fortunate few in the metros and bigger hospitals.

Solving for this pain point led to the foundation of Uber Diagnostics by Avin Agarwal, and Ashim Roy in 2013, as an affordable heart diagnosis product for the Indian population.

The duo conducted their research along with St. John’s Research Institute in Bengaluru. At that time, Ashim and Avin were working with a group of NGOs. A chance meeting led the two to discuss the existing problems and gaps in the Indian CVD scene and the two wanted to do something about it. Together. 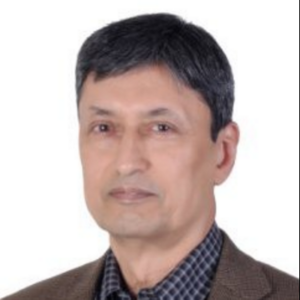 Begins Ashim, “If a critical patient makes it to the hospital, the process of intervention at that point in time is most likely an invasive procedure – like bypass surgery. These things cost upwards of INR 1.9 Lakhs-INR 3.2 Lakhs ($3,000 to $5,000) in India, which is quite expensive, and insurance doesn’t really help lower the cost. When it comes to financial problems like these, the cure is not to make the invasive procedure cheaper – it’s to try to diagnose the problem earlier.”

Separately, Ashim and Avin were trying to address the lack of diagnostics capabilities at primary healthcare centers (PHC). Together, they wanted to develop a robust and clinical grade diagnostics equipment that is easily portable and affordable.

In 2015, their research and hard work led them to creating their first product, Cardiotrack – a B2B solution aimed to improve primary healthcare in emerging economies. Basically, it is a handheld electrocardiogram (ECG) monitor that is easy to use, provides clinical grade output and performs predictive diagnosis to start intervention immediately, thus reducing the need for invasive intervention. It is a network-connected device; wherein a patient’s ECG scan can be instantaneously transmitted to a cardiologist anywhere in the world.

In the same year, the team moved its headquaters to Singapore and raised an angel funding round from several HNIs from Singapore and the US. The startup has till date deployed the funds towards R&D, product certification, branding, and sales and marketing efforts.

To break it down, Cardiotrack is essentially a medical equipment that allows doctors to take a 12-point ECG from a patient. It can then be transferred to a smartphone or tablet via Bluetooth and, from there, can be uploaded to the cloud. With the added cloud component, it allows the results to be sent to any physician for evaluation. It also raises an alarm if it detects an irregularity during the test. Cardiotrack boasts that it’s so simple to use that training for the device takes a maximum of 20 minutes or less. 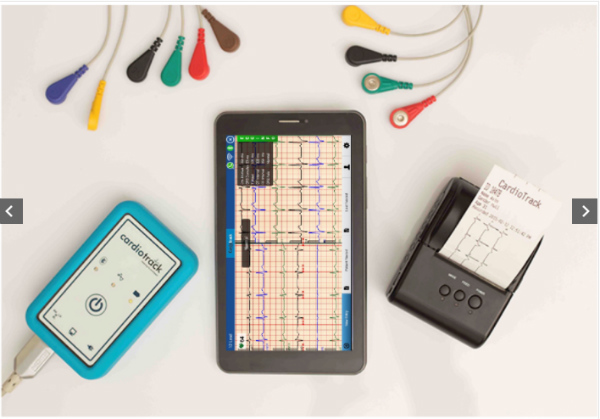 The Cardiotrack solution has four major components: namely, Sensors – that provide a complete 12-channel diagnostic grade ECG integrated with sensors to monitor blood oxygen saturation and blood pressure, a mobile app that displays, analyses, and stores the patient’s diagnostic reports, its cloud service that provides a secure storage of patient records on a private cloud.

And, lastly what Ashim calls as ‘Cardiotrack intervention,’ a tele-intervention platform that allows the physician to connect with specialists and hospitals to initiate intervention. “Everything changed when we introduced the idea of portability and added the cloud component. Cardiotrack was now no longer just a diagnostic device; it became an integrated healthcare IoT platform.”

The patient information is captured at the healthcare centre by the primary care physician using sensors. This information is saved in a cloud server for future use and is displayed on a phone or a tablet and can be shared with a cardiologist or a specialist for the next level of intervention. 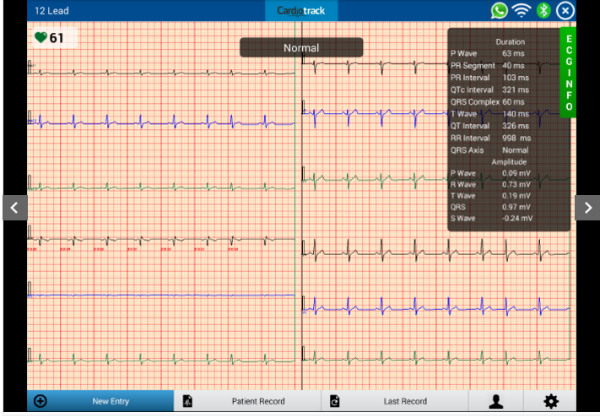 A Cardiotrack unit, costs around $500 for a patient (excluding tablet or phone) which, as per Ashim, costs four-five times lesser than other portable ECG machines.

In addition, doctors may use Uber Diagnostics’ cloud service on a prepaid model, paying about $30 to $50 to access the service – which can also securely store patients’ data in addition to sending their information to other physicians.

The company claims that its annual sales for the financial year 2015-16 amounted to $74K. The team further expects to sell devices worth $250K in the current financial year. Cardiotrack has been adopted across various doctors globally, with major chunk of its customers in India, Myanmar, Indonesia, Mexico, and the US.

Since Uber Diagnostics deals primarily in the rural healthcare sector, a challenge it faces is getting the word out to local hospitals to make use of the same. “It’s easy to reach out to people in the cities because hospitals access to medical journals, conferences, and so on. In the Tier II or Tier III cities, it is word-of-mouth,” says Ashim. The startup plans to further promote its services via billboard advertising and other marketing efforts as well.

Uber Diagnostics faces competition from a similar line of products such as a credit-card sized heart monitor called ‘Sanket’ – a portable, economical ECG machine. The device can measure a 12-lead ECG offering with as much efficiency as one can get from an expensive machine at a hospital.

Another firm, Cardiac Design Labs, has also built a similar product, which is a low-cost, wearable cardiac monitor, Mircam. The product aids in initial diagnosis and sends alerts to doctors. Working along the same lines is Tricog, which has built a cloud-based ECG machine, and appointed a team of 20 doctors who can sit at a centrally-located hub 24×7 in Bengaluru.

International companies including AliveCor, available in India through the Apollo Group of Hospitals; Kito+, a smartphone case run by San Francisco-based company Azio, which also works as a fitness tracker and can even conduct an ECG – are also competitors for the startup.

Cardiotrack is catering to the segregated rural healthcare market which has, till date, not seen anyone capitalise upon a major chunk of market share. This is something which sets it apart from its Indian competitors. He opines,

“The majority of the Indian population lives outside the urban areas, but they have the poorest of healthcare infrastructure, so our goal is to provide a solution that addresses their problem.” Additionally, the product has been designed in such a way that someone with minimal medical training can also operate it.

Healthcare – As Simple As Calling An Uber

Uber Diagnostics is also in the final stages to launch a patient app in June/July this year that will act as the driver for a patient’s entire health care management. It will provide full access to patient records and ability to share the information with healthcare specialists or family members. In addition to that, it will also offer discounts for patients while visiting doctors who are a part of the Cardiotrack network of primary care physicians and specialists.

It is also planning to launch a simplified version of an electronic medical record (EMR) for rural hospitals, as due to limited facilities, a lot of hospitals still follow the method of written database for tracking patient records. Uber Diagnostics’ EMR will contain 8-10 fields such as the patient’s name, age, and date of visit, and can upload these notes onto a printer that could be given to the patient as a prescription. The EMR would also allow for hospitals to store a patient’s information on a tablet for comprehensive record-keeping.

The startup is also closing on the launch of a platform that will enable physicians to communicate in real-time with a specialist, further allowing them to share patient records and initiate an audio/video call with the specialist to help speed up the intervention process by integrating artificial intelligence from Cardiologs, a French company.

This tie-up aims to further reduce intervention time by providing the primary care physician with an instant report on the patient’s cardiovascular problems based on the ECG report generated by Cardiotrack.

Why do they call themselves Uber, one might ask, to which Ashim replies, “It (Healthcare) should be as simple as calling an Uber cab, not just for the urban Indian population, but for everybody in the country, including the village and rural areas as well.”

According to a recent report by IBEF, the Indian healthcare sector is growing at a 15% CAGR to reach $158.2 Bn by 2017. With rural India accounting for over 70% of the population, there is a significant scope for tech startups to enhance healthcare services. Also, the doctor to patient ratio is 1:1,500. In such dire conditions, thanks to technology, many healthtech platforms have mushroomed, which are slowly making the consumer more aware of their health and the steps they can take to track it. In the same direction, Uber Diagnostics is addressing a huge problem: one of affordable healthcare in inaccessible and remote areas.

Increasing digitisation, even in Tier II and Tier III cities as well as rural India, will add a major fillip to healthtech. There is no doubt that startups like Sanket, Uber Diagnostics, and Tricog are the need of the hour. At the same time, when we talk about the highly disproportionate doctor-patient ratio, these startups’ biggest challenge and, at the same time, biggest differentiator becomes educating the other end of the spectrum, i.e. the patients. Keeping this challenge to create awareness in mind, it remains to be seen how Uber Diagnostics bridges the doctor:patient gap in rural India while scaling up.

Uber Diagnostics is part of Inc42’s 42 Fellowship – a year-long fellowship programme for India’s top growing and upcoming startups with the aim to build a close-knit community who can help each other multiply their impact.